Youth Pitcher Gets Ejected for Swearing at Umpire 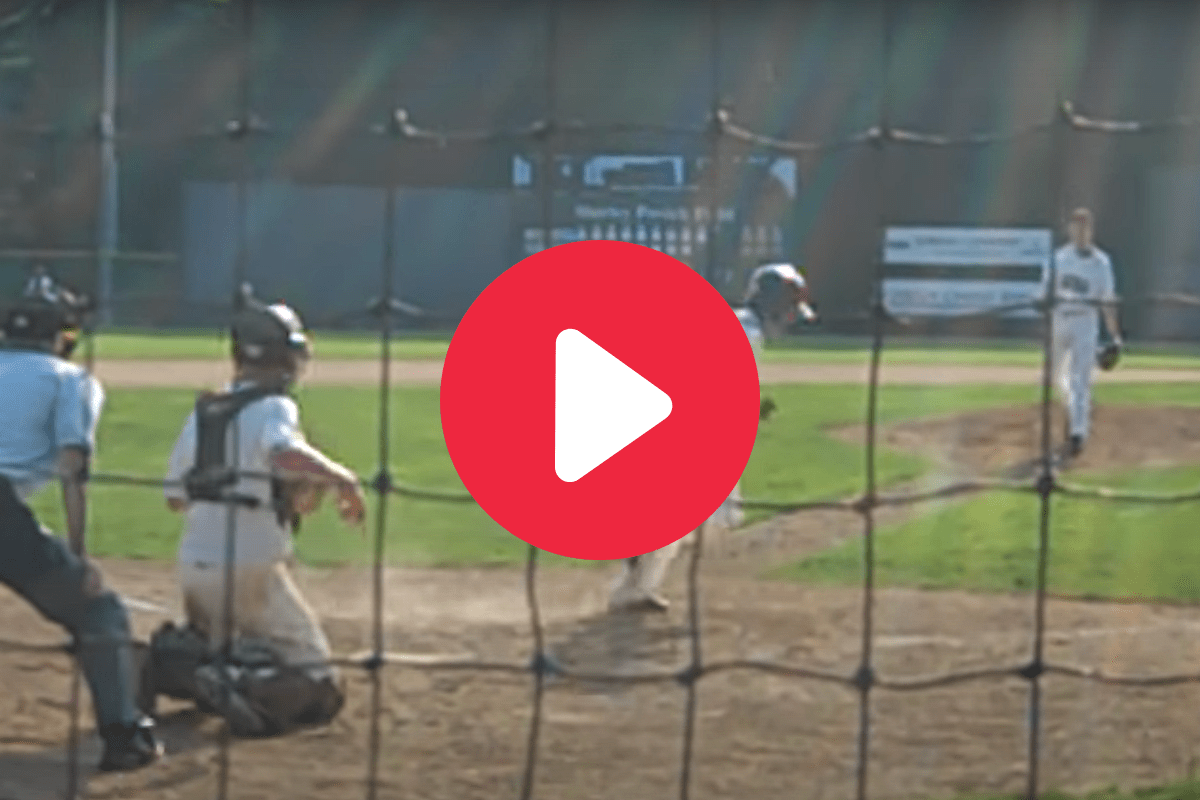 During one game between the Washington Nationals and New York Mets this past MLB season, star pitcher Stephen Strasburg was thrown out of a game that he wasn’t even playing in. Sitting in the stands, the right-hander expressed his displeasure with the home plate umpire by cursing at him and dropping an F-bomb.

?For umpires at all levels — little league, high school, college and the professional ranks — this is a huge no-no. Sure, you can shake your head in disappointment at a missed call but once you elevate it to cursing at the blue, that’s when you’ve crossed the line. And you’ll probably be tossed out of the game for it.

That’s exactly what happened when one youth baseball pitcher was upset over a home plate umpire’s performance. Let this serve as a warning to never disrespect the dude calling balls and strikes, no matter how bad he is.

By the looks of it, this clip is from a high school-level baseball game. Maybe it’s junior varsity. Maybe it’s varsity. That’s not the point, though.

The pitcher can’t find the strike zone and walks the batter he’s facing. That’s when he apparently tells the umpire to “give me a g– d— strike call.” Play the video again and you’ll hear something along those lines that definitely includes profanity.

The umpire immediately ejects him from the game and both he and the catcher look at him in bewilderment. A coach or parent asks the ump why there’s no warning, and he responds that there’s no warning for swearing.

You can also hear one mom from the stands say, “oh, Kevin,” as if to say she was embarrassed. For the record, she also sounds a lot like the mom from Home Alone.

I’m torn on this video. When I was in high school playing baseball, we cursed all the time. That was part of the game. Unless you really laid into the umpire, it never warranted an ejection.

However, I understand we shouldn’t want our kids to be cursing out adults on the diamond. That’s no way to treat someone, and we don’t want them doing that when they’re older.

I originally thought this umpire was quick to pull the trigger on the ejection, but now I’ve sort of rethought that position. At least most of us can agree that cursing out an umpire is probably not the smartest move.