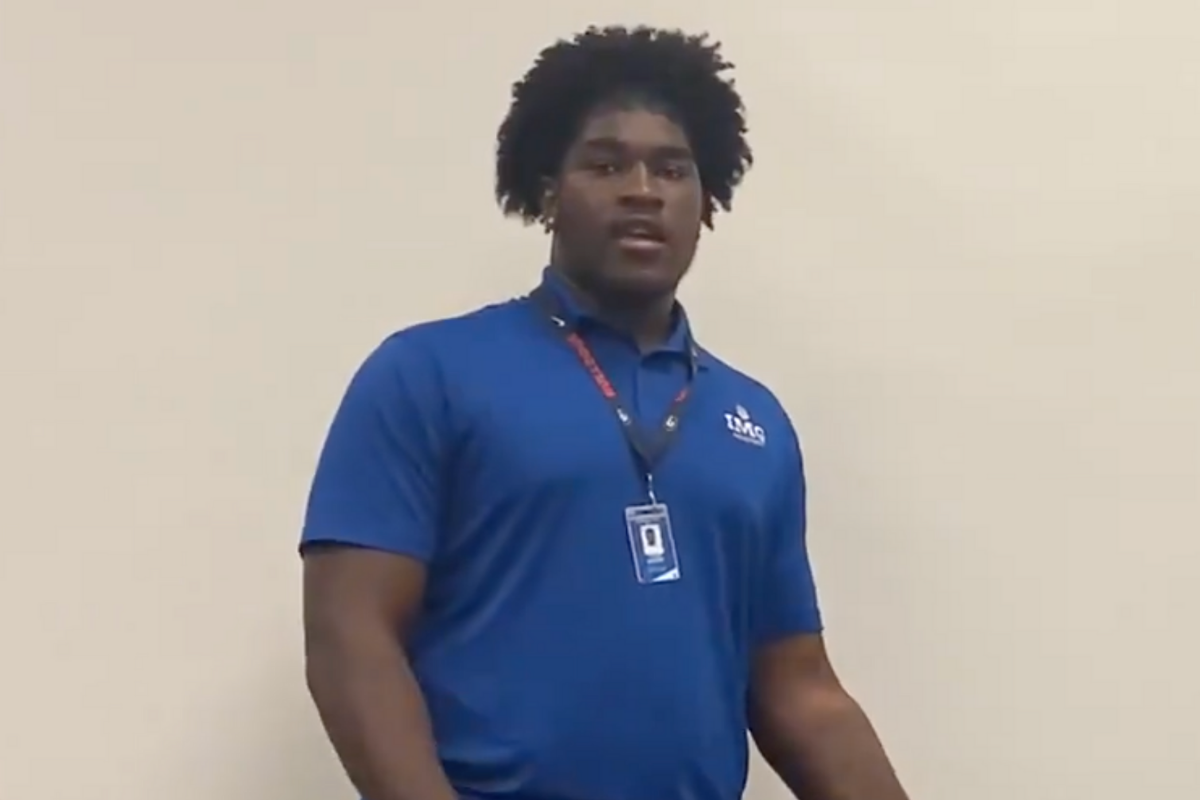 Born in New Haven, Connecticut, the four-star prospect has spent much of his high school football career at IMG Academy in Bradenton, Fla.

Booker is the nephew of Ulish Booker, who won Super Bowl XL with the Pittsburgh Steelers as a member of their practice squad.

Young Tyler has plenty of interest from some incredible college football programs, too.

As of right now, no predictions have been made, but the Bulldogs are hot on the trail. UGA needs all of the help it can get to remain competitive in the SEC, so head coach Kirby Smart going after the star offensive lineman makes a lot of sense.

Booker has scheduled several official visits so far. As a member of the 2022 recruiting class, he still has plenty of time to make a final decision.

Tyler Booker would bolster any offensive line. He is currently rated as a four-star prospect, but a solid senior season would undoubtedly propel him to a five-star designation.

He is already 6-foot-4 and 315 pounds, so there isn’t much more growth necessary to succeed at the position. Learning the offensive line position takes years, but once Booker adjusts, he fits the mold of a serviceable starter who will be selected in the NFL Draft.

Tyler Booker is an Under Armour All-American who has one more season left to prove himself at IMG Academy. There is no doubt that he’ll be an asset to any college team.