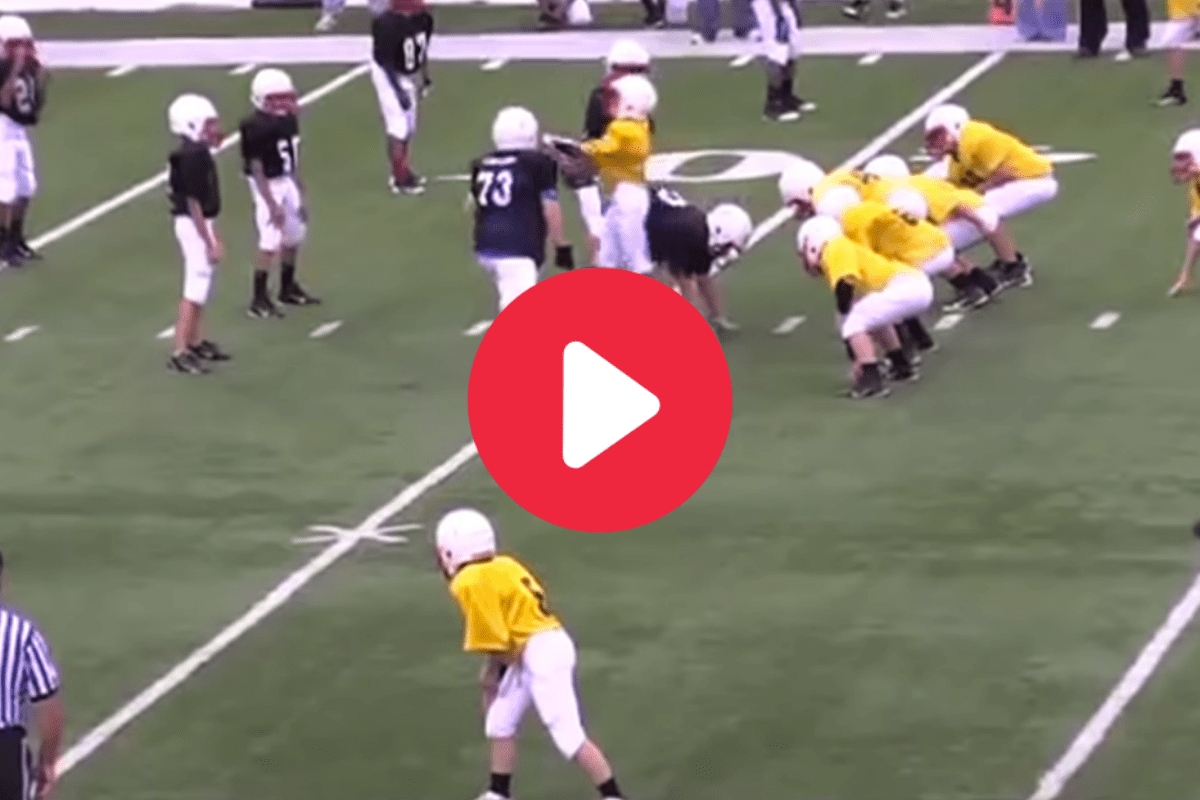 Nothing gets the blood pumping like a well-designed trick play. The jump pass (of the Tim Tebow-Florida Gators or Cincinnati Bearcats variety) is one my all-time favorites. Put any of Les Miles AKA The Mad Hatter‘s fake field goals, Steve Spurrier’s “hidden ball” trick play and Boise State’s “Statue of Liberty” razzle-dazzle play call high on the list, too.

Even the names of some of the greatest trick plays of all time are outstanding. Nebraska’s “Fumblerooksi.” Boise State’s “Circus.” And props to whomever dubbed one of everyone’s favorite, the “flea flicker.”

Those might not come close to “The Ugly Kardashian” trick play, however, which is by far the easiest trick play in history. Why was this one named after a celebrity famous for not doing anything important? Just watch the quarterback.

That, my friends, is a visual representation of doing the absolute least and still scoring.

“The Ugly Kardashian” is the work of likely evil genius and Missouri’s Lewis and Clark Middle School football team head coach Shawn Griggs. Griggs told MaxPreps his inspiration for the play came from “The Annexation of Puerto Rico” trick play in the movie Little Giants.

In the movie, the defense chases down players without the ball while the center quietly holds on to it before taking off for the end zone.

Griggs’ play against Thomas Jefferson Middle School was slightly different. The quarterback took the silent snap, walked right past the defensive line to ask the referee for a replacement ball and fooled the rest of the defenders long enough to fly past them for the touchdown.

So, what’s with the name of the play?

“When I said it the first time in the huddle they wouldn’t stop laughing,” Griggs told MaxPreps.com. “I threatened to change the name of it because they would laugh every time I said it. Football is supposed to be fun, so the name stayed.”

Even better is that other teams have adopted this trick play into their playbook, and it’s worked to perfection.

Now, which NFL team is going to try this and why do I have a feeling it’s going to be the Kansas City Chiefs? Shock the world, Patrick Mahomes.