Anthony Rizzo Squirts Hand Sanitizer on Opponent After Base Hit 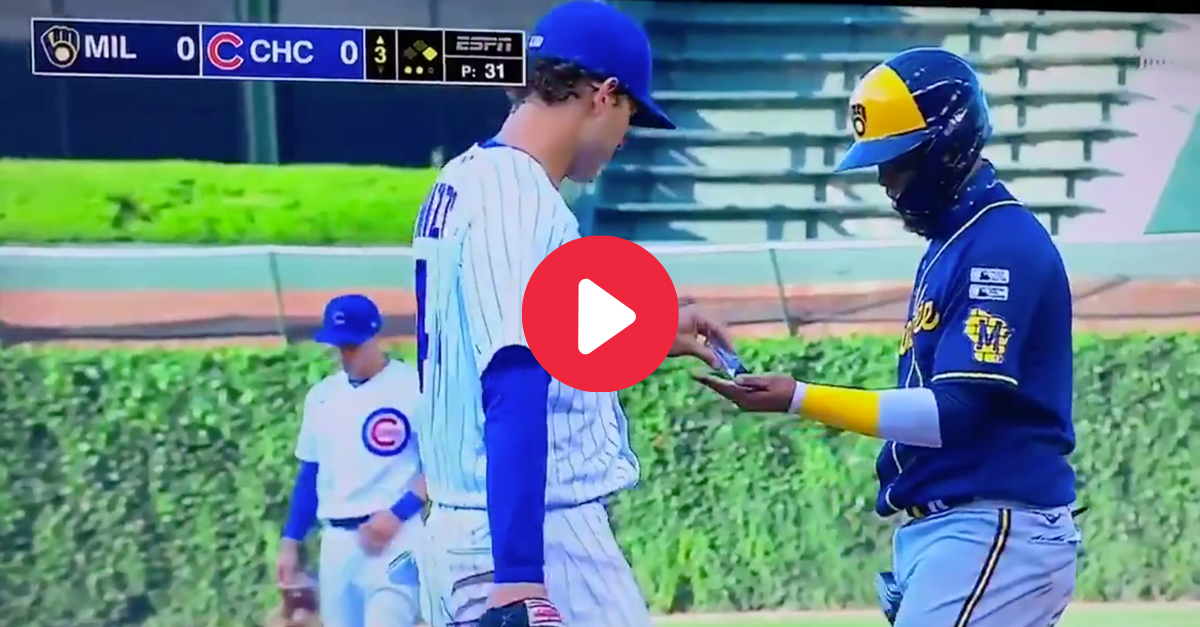 The coronavirus pandemic and COVID-19 outbreak might have delayed the start of the 2020 MLB season, but baseball is officially back. Everybody has been ready for something to return, and perhaps nobody was more prepared for it than Chicago Cubs first baseman Anthony Rizzo.

Opening Day at Wrigley Field was different than any other season opener in the past. No fans in attendance was a big reason why. The Cubs beat the Milwaukee Brewers, 3-0, thanks to pitcher Kyle Hendricks? complete-game shutout. Rizzo certainly added to the victory, too.

Not only did the three-time All-Star club a home run in the eighth inning, but he also provided the game?s most hilarious moment with Brewers shortstop Orlando Arcia.

This is baseball in 2020. pic.twitter.com/KHzdHH6qi7

In the top of the third inning on ESPN, Milwaukee Brewers shortstop Orlando Arcia singled to center for his first hit of the season. It had to have been a great feeling, too. Then, as he took off his batting gloves, Cubs first baseman Anthony Rizzo was right there with a surprise.

Rizzo, who always likes to have some fun, pulled out a small bottle of hand sanitizer and squirted some in Arcia?s hands. Both of them had a huge smile on their face as Rizzo returned it to his back pocket.

It summed up baseball in 2020 quite perfectly.

The rest of the game belonged to Hendricks, but that moment was classic. Rizzo deserves a lot of respect for being the first guy to bring hand sanitizer to his opponent this season.

Only time will tell if Major League Baseball can make it through the entire season or playoffs with so many COVID-19 cases throughout the United States, especially with the Miami Marlins. However, opening weekend was fun and Rizzo helped make it that much more enjoyable.