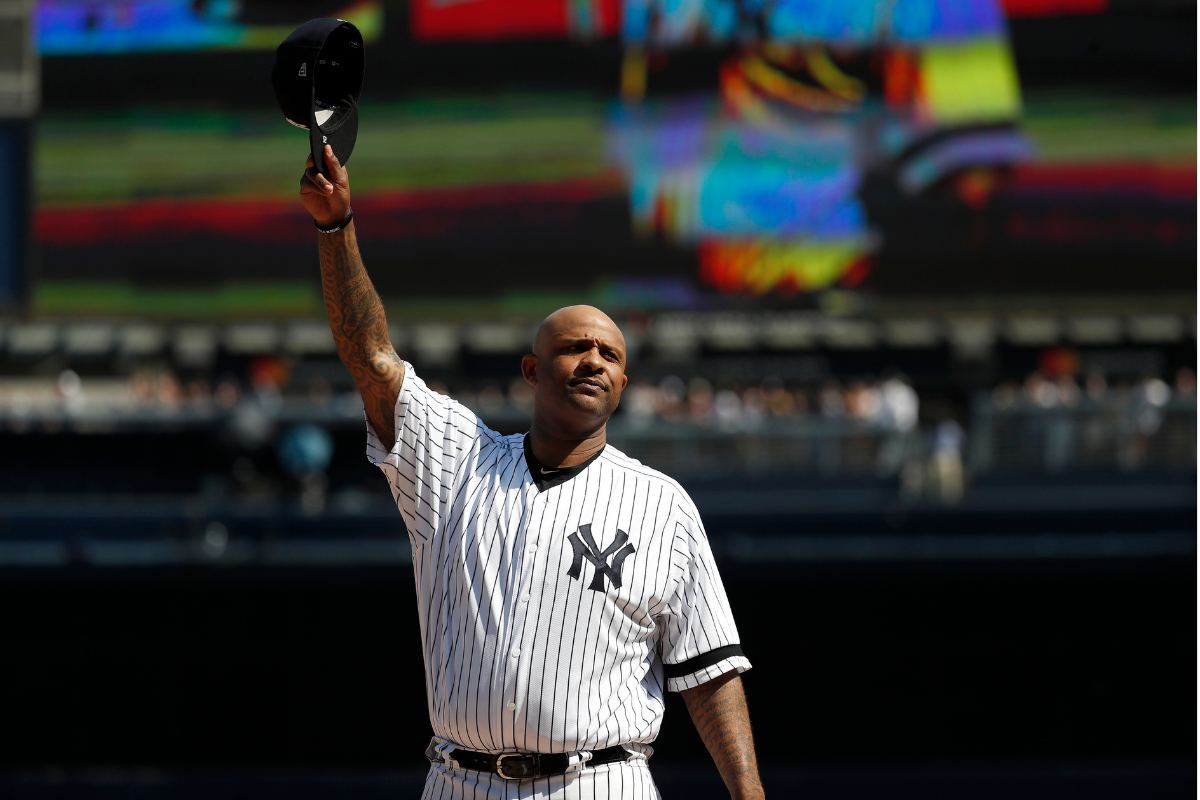 Former MLB pitcher CC Sabathia is one of the best left-handers to ever toe the rubber in Major League Baseball. The big southpaw played 19 seasons in the big leagues, spending time with the Cleveland Indians, Milwaukee Brewers and New York Yankees. A fan favorite at every destination, Sabathia gave his all every time he stepped on the mound.

Sabathia retired from baseball in 2019 after suffering a shoulder injury during his final appearance in pinstripes. While it’s not the way he wanted to go out, Sabathia is living more than comfortably in retirement.

So, just how much money has CC Sabathia made and what is he worth today?

RELATED: What Happened to Jason Giambi and Where is He Now?

Carsten Charles Sabathia Jr. was born in Vallejo, California. He attended Vallejo High School in the area, where he starred as a pitcher. Sabathia went straight from high school to becoming a professional baseball player after being drafted with the 20th overall pick of the first round in the 1998 MLB Draft.

Sabathia has been married to his lovely wife Amber Sabathia since 2003. The pair has four children together, daughters Jaeden Arie and Cyia and sons Carter and Carsten Charles III. Amber made waves in May 2021 after it was announced she had joined CAA Sports as a baseball agent.

Sabathia made his MLB debut in 2001 and placed second in the AL Rookie of the Year award voting after winning 17 games and logging a 4.39 ERA, only losing out to Ichiro Suzuki. CC spent his first eight years in the league with the Indians. He made three American League All-Star games and won the Cy Young award in 2007 after recording 209 strikeouts and a 3.21 ERA across 241 innings of work.

In 2008, the Indians made the shocking decision to trade their ace to the Milwaukee Brewers in exchange for prospects Matt LaPorta, Zack Jackson, Rob Bryson and current Astros center fielder Michael Brantley.

Sabathia would only spend a one-half season with the Brew Crew. Still, it was a special one, as he maintained a stellar 1.65 ERA across the second half of the season. He helped lead the Brewers to the Wild Card, their first playoff appearance in a quarter of a century.

The lefty spent just a few months in Milwaukee before continuing his baseball career with the New York Yankees. He latched on as a free agent with a then-record-setting seven-year contract worth $161 million. Felix Hernandez of the Seattle Mariners later broke Sabathia’s record when he inked a new $175 million deal.

Sabathia made three more All-Star Games with the Yankees, making him a six-time career All-Star. The veteran played 11 MLB seasons in pinstripes and made the playoffs seven times during his tenure in the Bronx.

He finished his career with 251 wins and 3,093 strikeouts (third-most all-time for a lefty behind Randy Johnson and Steve Carlton). He’ll most certainly be a popular candidate for the Baseball Hall of Fame when the time comes.

Sabathia made enough money as a baseball pitcher to live a luxurious lifestyle in retirement. According to Celebrity Net Worth, CC Sabathia’s net worth is estimated at $80 million, making him one of the richest baseball players of his generation.

Sabathia’s estimated net worth is built mainly from his career earnings as an American professional baseball pitcher. He reportedly pocketed upwards of $260 million.

He also had some marquee sponsorships, earning endorsement deals from major companies such as Subway, Pepsi, Nike’s Jordan Brand and EA Sports. He released his own book titled “Till the End” in 2021, so it appears he’s been quite busy since retiring.

CC Sabathia is one of the best to ever toe the rubber, and his net worth is certainly evidence of that.

MORE: Randy Johnson?s Net Worth: How Rich is ?The Big Unit? Today?