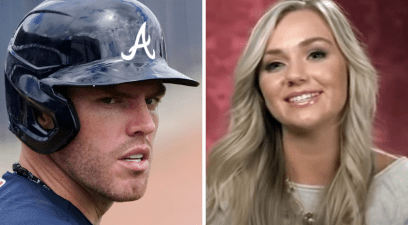 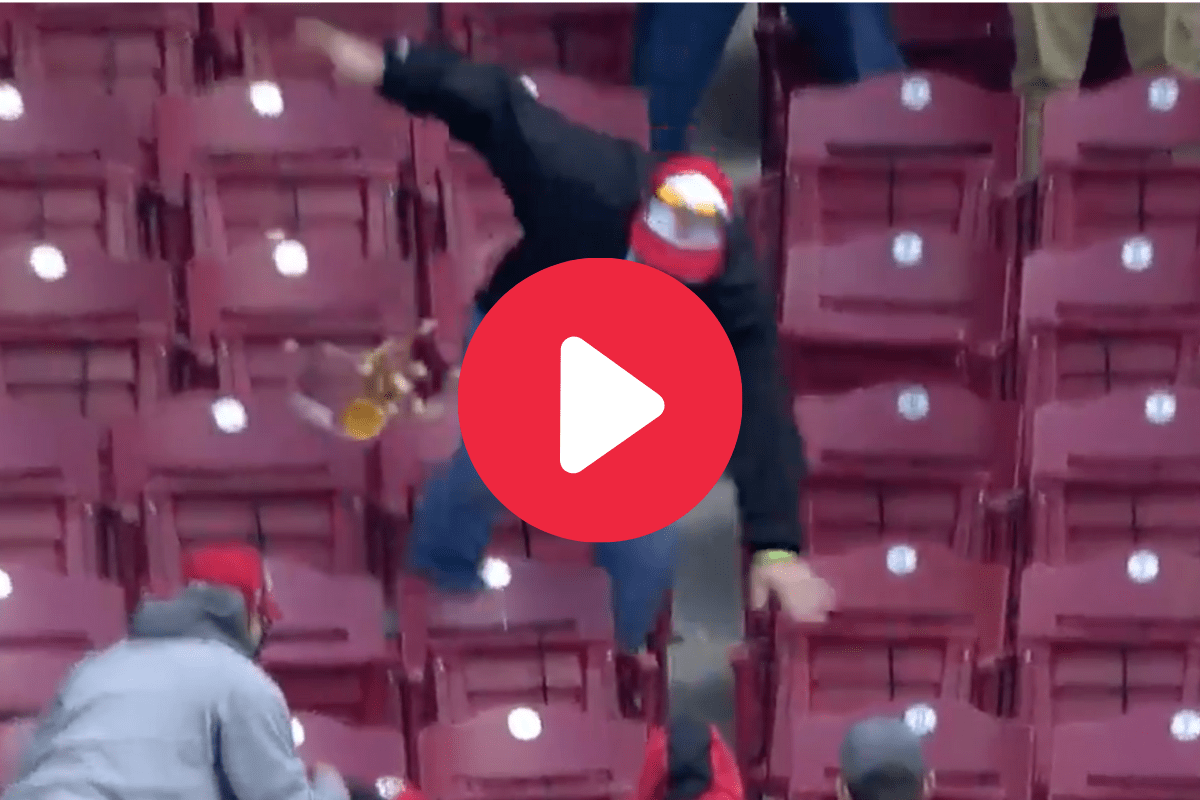 There’s a reason baseball fans bring gloves to games (and don’t even try to tell me you can be too old do that). When a foul ball or home run is heading in a spectator’s direction, flashing the leather and snagging it sounds better than breaking a hand catching it.

When a pitch is thrown, it’s time to get that baby on your paw. There’s no time for nacho-dipping or peanut-cracking. Beer-chugging is allowed, so long as you’re ready for a ball to make a splash landing in the cup.

A dad at a Cincinnati Reds game who hilariously failed going for a home run ball will probably rethink that mid-game snack.

The Reds lost to the Arizona Diamondbacks in a wild extra-inning game that ended 14-11 on Thursday at Great American Ballpark in Cincinnati, Ohio.

Lots of catches were made, but one Reds fan in centerfield didn’t account for any of them.

Reds shortstop Eugenio Suarez blasted a sixth-inning home run into the seats in left-center field. That’s where it caught an off-guard dad who was sitting with his son enjoying some delicious and cheesy nachos.

The fan had a bout of butterfingers, however. The home run ball slipped away from him and bounced a few rows below him. He tried hurdling the seats and completely faceplanted on his way down. Plus, he threw his nachos in the air in the process.

Even worse is that our daring father doesn’t even end up with the ball for all that effort. A little kid below him easily snatched it up off the ground.

Meanwhile, dad lost a shoe and ripped a hole in his jeans (unless that was there before, which is a total dad move to wear clothes with holes in them). He also has a hole in his wallet because those nachos couldn’t have been cheap.

MLB’s Cut4 Twitter account posted the video of the poor man, and it racked up more than 600,000 views within an hour of posting.

Hopefully Suarez and the Reds got this man some new nachos the way Los Angeles Dodgers Justin Turner did this season.

As for the jeans, well, he needed a new pair anyway.