MLB Manager Rips Out & Spikes Base in Crazy Meltdown 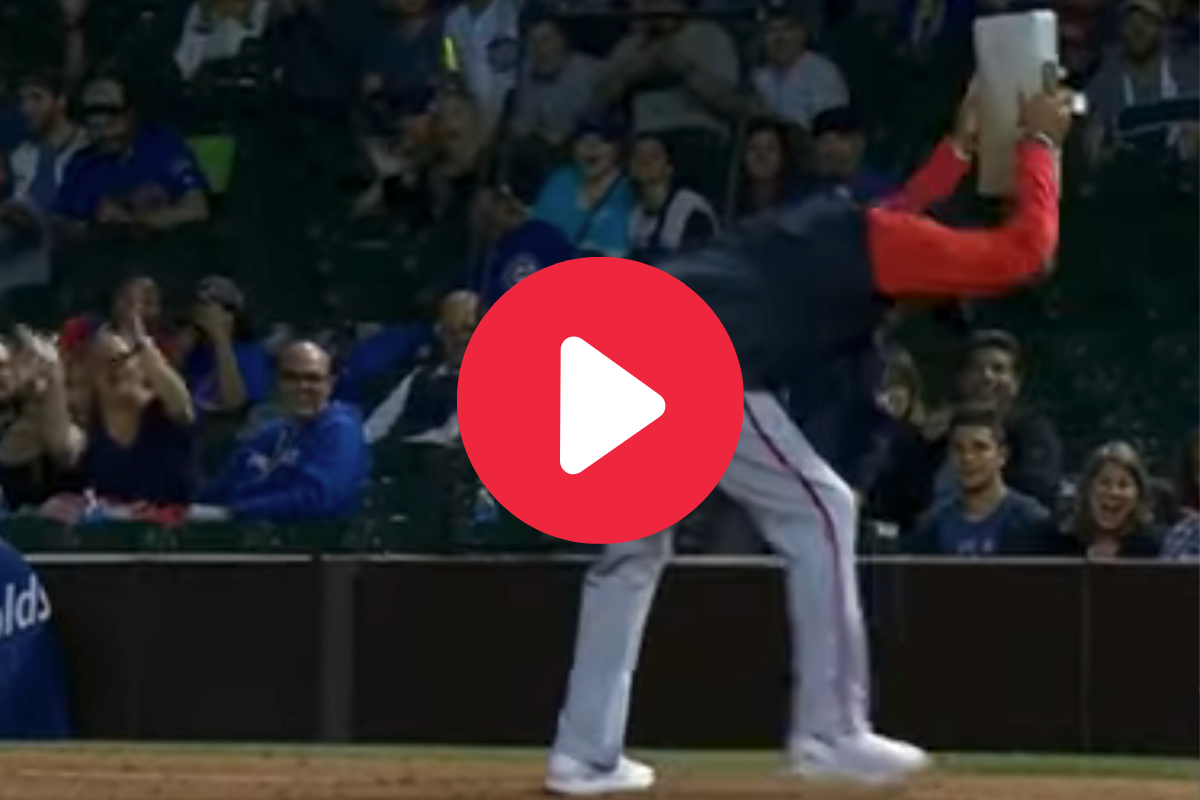 Old baseball heads would tell you going to a ballgame and hoping for a manager ejection ruins the sanctity of the sport.

I would tell you baseball is an entertainment business, and a skipper getting the boot is the most captivating thing that can happen on a diamond other than an umpire dance-off.

Davey Martinez has had enough with these umpires pic.twitter.com/6MVQEEbWTv

Washington shortstop Trea Turner strikes out in the top of the seventh inning against the Chicago Cubs. Catcher Willson Contreras mishandles the third strike, and it rolls to the backstop.

Turner bolts toward first base, and thanks to an errant throw from Contreras, makes it safely.

Turner allegedly ran outside the baseline, and the ump called him out for obstruction.

Martinez didn’t like that. Not one bit. The Nats held a 4-2 lead and he wasn’t going to let a call like that ruin the chance to tack on insurance runs.

He’s tossed almost immediately after making his way from the dugout and giving the home plate umpire a piece of his mind. Davey isn’t going down silently.

The World Series champion manager runs over to first base, rips it out, and spikes it in his best Rob Gronkowski impression.

DAVE MARTINEZ JUST PICKED UP FIRST BASE AND THREW IT! 😂💀 pic.twitter.com/6MZ0J93TEh

It was a fitting tribute to Lou Pinella, who was the Cubs manager from 2007 to 2010. The fans at Wrigley Field loved every second.

Martinez watched his team hold on for a 4-3 win from the clubhouse.

There have already been talks of a sequel in the works. Plots are developing and roles are being cast in Manager Meltdown 2: Second Base.

You can count on Cubs fans to be there for nostalgia’s sake from their years of watching Pinella and Carlos Zambrano tear apart Wrigley.