What Happened to Jeff Bagwell and Where is He Now? 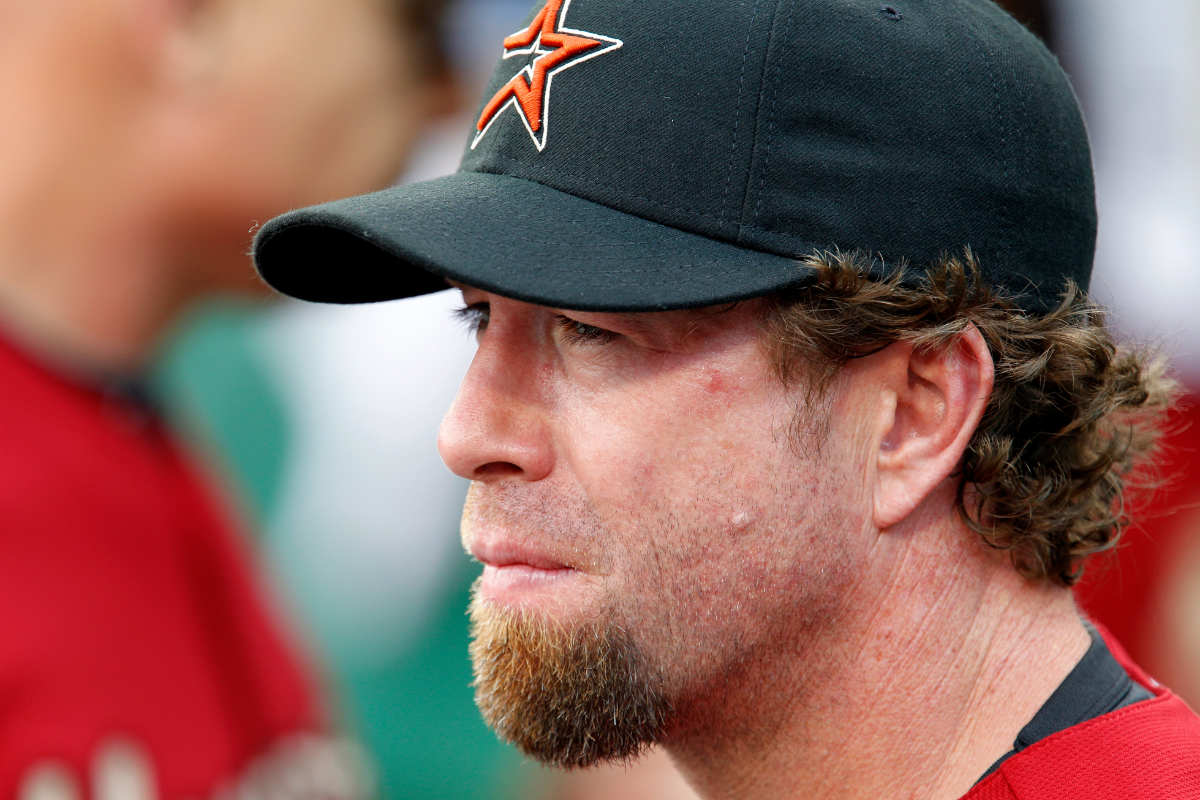 Former Houston Astros first baseman Jeff Bagwell was one of Major League Baseball‘s premier slugger throughout the late 1990s and early 2000s. One of the three “Killer B’s” played his entire 15-year career in Houston, becoming renowned as one of the greatest first basemen in MLB history.

Bagwell walked away from baseball after the 2005 season at age 37 with many accolades to his name. What is the 53-year-old doing with his life today?

RELATED: What Happened to Cubs Pitcher Carlos Zambrano and Where is He Now?

Jeff Bagwell grew up in Boston, Massachusetts, and attended Xavier High School in Middletown, Connecticut. He played college baseball at the University of Hartford. He was drafted by the Boston Red Sox in the fourth round of the 1989 MLB Draft.

Bagwell never played for the Red Sox, as he was traded to the Houston Astros in 1990 in exchange for a relief pitcher named Larry Andersen. It’s pretty obvious how that trade worked out for the two franchises.

Some even consider this swap to be the second-worst trade in Sox history, only behind the deal to send Babe Ruth to the New York Yankees.

Bagwell made his MLB debut in 1991 against the Cincinnati Reds and went on to win NL Rookie of the Year honors. He made the All-Star Game for the first time in 1994. The same year he won the National League Most Valuable Player award after beating out Matt Williams, Moises Alou and Barry Bonds. Frank Thomas took home the AL MVP award that season.

Bagwell’s NL MVP season saw him hit 39 home runs and drive in 119 RBIs. He logged a .368 batting average and .750 slugging percentage and showed remarkable plate discipline, limiting himself to 65 strikeouts on the year.

Additionally, Bagwell took home the Gold Glove award at first base and the Silver Slugger award in 1994 in one of the greatest single seasons in franchise history.

While Bagwell was best known for his ability as a power hitter, he and teammates Craig Biggio and Lance Berkman created a group that came to be known as the Killer B’s at both the Astrodome and Minute Maid Park.

Bagwell retired as a four-time All-Star with 449 career home runs. After defeating the St. Louis Cardinals in the 2005 NLCS, Bagwell made his first-ever World Series. However, the Astros lost to the Chicago White Sox in the championship in his last year in the league.

Hall of Famer Jeff Bagwell enjoyed watching the #Astros workout of draft-eligible players at Minute Maid Park & recalled when he went to a similar workout “which my father wasn’t going to take me.He said I can’t believe we’re going to Yankee Stadium. I don’t want them to draft u” pic.twitter.com/kFi5m3nFjY

Since retiring from baseball, Bagwell has remained close to the Astros organization. He served as the team’s hitting coach in 2010 and later returned to work under A.J. Hinch.

He was inducted into Cooperstown’s Baseball Hall of Fame in 2017 in a class alongside fellow Hall of Famers that included Ivan Rodriguez, Tim Raines, Bud Selig and John Schuerholz. Just a couple years before his induction, Bagwell admitted to USA Today that he didn’t think he’d end up in Cooperstown.

Fortunately, voters got their act together and honored Bagwell with his well-deserved enshrinement.

In 2020, Bagwell opened up via an interview with Paper City Magazine, detailing his struggles with alcoholism to inspire others to battle their addictions. Bagwell admitted his family put him through various interventions before getting him into an AA program, from where Bagwell was able to make positive change.

Former #Astros star and MLB Hall of Famer, Jeff Bagwell opens up for the first time about his journey with alcohol and addiction and the impact a meeting with Archway Academy students has had on him.
https://t.co/zlfYePGLtL

Bagwell is currently works for the Houston Astros front office as a community outreach executive. His role is to be “an active member of the Houston Community, making public appearances and acting as an ambassador for the organization.”

Bagwell made terrorized pitchers for years as a Killer B, and now the Hall of Famer seems to be enjoying life after baseball by staying around the sport.

MORE: Ivan ?Pudge? Rodriguez is a Catching Legend, But Where is He Now?