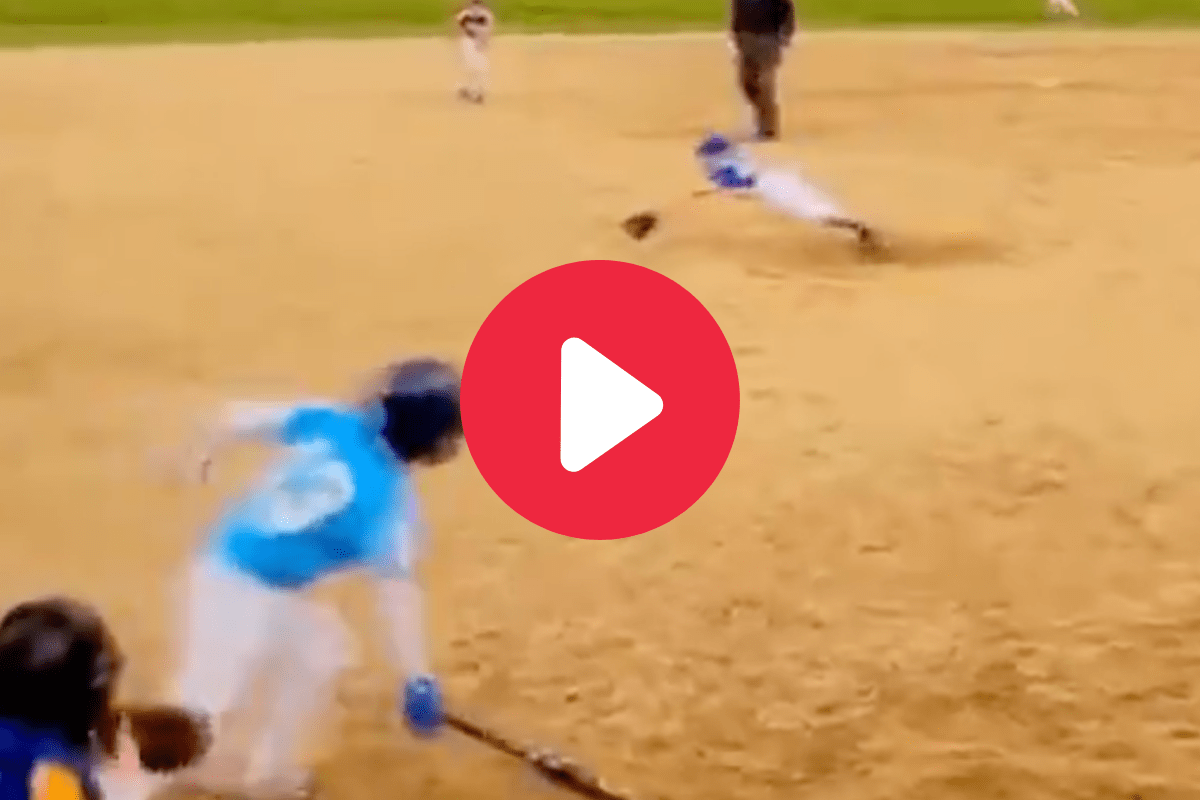 It’s not every day that you see an 8-year-old make a diving stop and throw from the ground that even the best Gold Glovers would have trouble with.

But as we’ve seen in Little League, anything is possible.

Quadruple plays, “twerk” dancing celebrations and moms who just can’t help but embarrass their sons all have taken place on the diamond.

If you’ve ever wondered who the next great MLB player is, look no further than this youngster who denied a batter with an awesome web gem.

No, that isn’t a vintage video of young Greg Maddux.

That’s 8-year-old Brady Howells. Brady plays for the Oakland Reds in Farmington Hills, Michigan, where he must be the freakin’ star of the league if he’s making plays like this.

Brady was pitching out of the stretch with a runner on third when he uncorked a heater that the opposing hitter turned around and ripped a ground ball his way. He dove to his right, turned on his back and fired over to first base for the out while sitting on his butt.

How Brady had big-league body control and maintained an accurate throw to get the runner from that position is beyond me.

MLB scouts better take notice, because this kid could be the next Mike Trout for all we know. Especially if he can swing it at the plate like he can field it.

Brady’s parent, Jamie Howells, posted the video to Twitter hoping for it to make ESPN SportsCenter’s Top 10 plays. He also officially opened Brady’s recruiting by saying he hasn’t committed to a school yet.

It’s only a matter of time before SEC and major NCAA baseball teams see this video. If young Brady keeps making plays like this on the mound, he could be the next big thing.