The Philadelphia Phillies have not won so much as the National League East since 2011. At that time, they were coming off their fifth straight division title, having been to the World Series back to back in 2008 and 2009. They raised the trophy in '08, but the Yankees got the best of them the following year.

Needless to say, it's been a while since Philly fans have had something significant to cheer about. But toward the back end of that five-year run, they witnessed the best pitching performance they had seen since 1964. On Father's Day in '64, Jim Bunning threw a perfect game against the New York Mets. It was the first in Phillies history. Then, 46 years later, Roy "Doc" Halladay matched that feat. 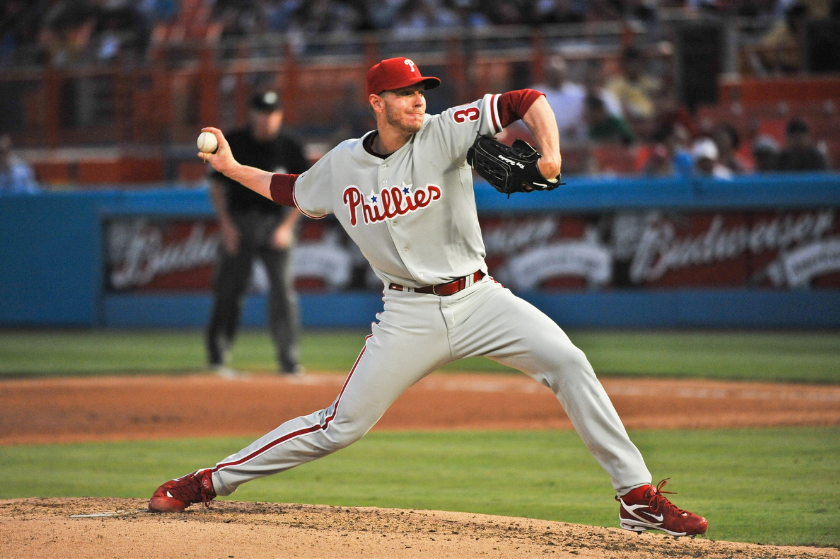 In May 2010, the Phillies traveled to Sun Life Stadium in Miami to play the Florida Marlins. That Marlins team boasted Hanley Ramírez, Jorge Cantú, Dan Uggla and Cody Ross as their No. 3-6 hitters. While that's not the scariest lineup you might ever face (see this year's World Series matchup), it certainly had enough pop to get a few guys on base. Or so you'd think.

Halladay took the mound and absolutely mowed down Florida hitters. Over the course of the game, he struck out 11 batters, six of them looking. What's impressive about this game, aside from the obvious, is Halladay threw 115 pitches. In today's game, it feels like any 33-year-old hurler would be lucky to get to half of that, especially so early in the season. Even more impressive is that 72 of those pitches were thrown for strikes. A big part of this game was Halladay's catcher, Carlos Ruiz, as Doc said:

"I can't say enough about the job that Ruiz did tonight, really. I felt like he was calling a great game up until the fourth or fifth, and at that point, I just felt like I'd let him take over and go with him. He did a great job. Like I said, it was kind of a no-brainer for me. I'd just go out, see the glove and hit it."

Later that same year, Halladay took the mound in Game 1 of the NLDS against the Cincinnati Reds at Philadelphia's Citizens Bank Park. After more than a decade in Toronto with the Blue Jays, Doc had never had the opportunity to pitch in the playoffs. He took this opportunity in his first-ever postseason appearance to throw himself into the record books. The Reds boasted an extremely potent offense in 2010. But that didn't seem to matter.

Over nine innings, Halladay threw 104 pitches, 79 of which were strikes. He fanned eight batters and became public enemy No. 1 for Reds third baseman Scott Rolen. The only blip on Doc's performance in this one was a fifth inning walk to Jay Bruce. Bruce was the only base runner allowed in a game that probably could have set records for sound decibels if Citizens Bank Park had been designed differently. "When it gets that loud, it's hard to ignore," he said. "I thought especially the last three innings, it seemed like it got louder every inning. It's obviously one of the most electric atmospheres I've ever been in. It's something you obviously can't ignore, so it was a lot of fun."

Halladay joined Don Larsen as the only two pitchers with a postseason no-hitter, and he had the 10th no-hitter in Phillies history. While he wasn't able to hurl Philly back to another World Series victory, Doc's 2010 performances will go down as some of the best ever in the history of the game, both in regular and postseason play.

MORE: Ever Wonder Why It's Called the 'World Series'? Here's the Reason