Jose Canseco Fought a 7-Footer And Only Lasted 77 Seconds 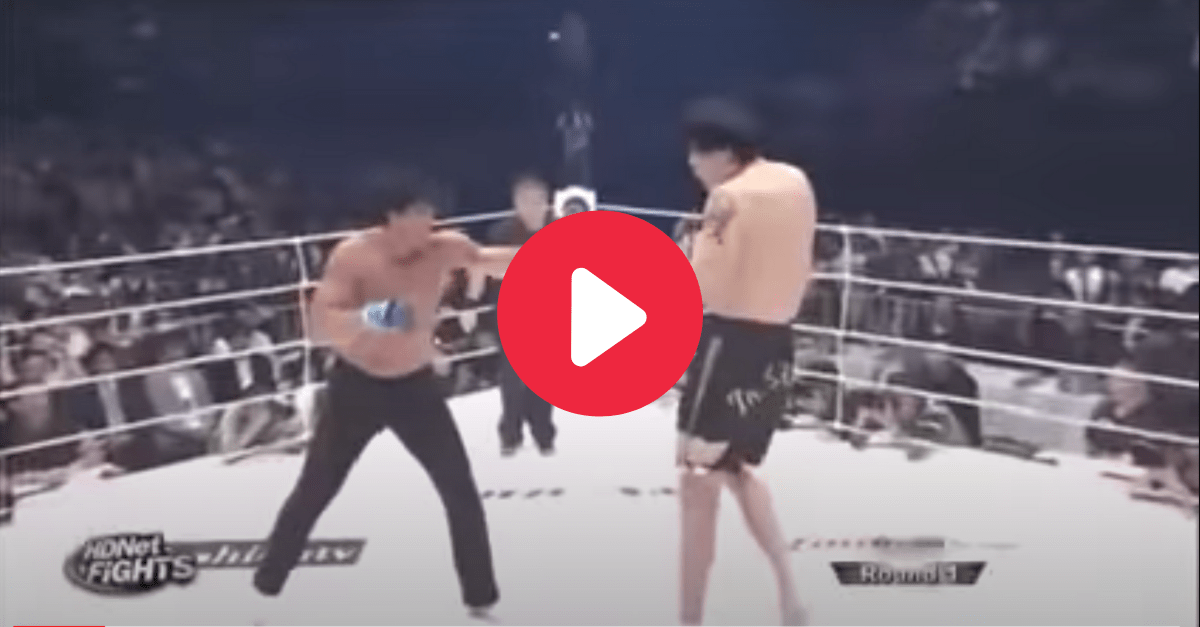 Jose Canseco‘s life is full of surprises. Just when you think you’ve fully grasped who the former MLB star is, he goes on social media and tells everyone he wants to run for president and that he’s met aliens and Bigfoot.

The six-time MLB All-Star clubbed 462 home runs, won two World Series and an American League MVP Award. Since then, he’s released a tell-all book about he and his teammates’ steroid usage and gone on Twitter rants accusing Alex Rodriguez of cheating on Jennifer Lopez and challenging him to a fight.

Canseco is as far out there as any current or former athlete ever. He oftentimes seems delusional, and maybe no instance represents that better than the time he thought at 44 years old he could become a successful mixed martial arts fighter.

Why he chose to fight a 7-foot-2 man in his debut is beyond me.

RELATED: The Fastest Knockout in UFC History Took Only 5 Seconds

Canseco has ventured into many different, um, hobbies since retiring from baseball. None have gone worse than his UFC career.

In 2009, the man who said he had black belts in karate and Taekwondo made his MMA debut against South Korean kickboxer and super heavyweight Choi Hong-man, commonly referred to as Hong Man Choi. The thing is Hong Man Choi stands 7-foot-2 and 350 pounds. Canseco is just 6-foot-4.

Fans who paid to watch the freak show fight at the Yokohama Arena during the Dream’s Super Hulk Tournament in Yokohama, Japan, were given 77 seconds of action. But hey, at least they witness Jose Canseco getting his face beat in.

The fight was pretty hilarious. The former Major League Baseball player spends a majority of the time running from the gargantuan MMA fighter. Hong Man Choi landed a big punch and Canseco later fell down before the 7-footer attacked him with the good ole ground-and-pound

“I dabbled in mixed martial arts and got my butt killed,” Canseco told The Shmo in 2019.

“This man was 7-foot-2 over 400 pounds. If you see the fight I hit him with everything I had. I thought I knocked him out. Basically he looked at me and said, ‘who hit me, a fly?’ And then he went on to kill me.”

That wasn’t the only fight Canseco partook in. He fought former NFL player Vai Sikahema in 2008 in the boxing ring for $30,000 and lost in the first round. In 2009 he fought former child actor and The Partridge Family star Danny Bonaduce but the fight ended in a draw.

As you can tell from his fight against Hong Man Choi, Canseco is no Conor McGregor, Kimbo Slice, Khabib Nurmagomedov, Amanda Nunes or even Jessica Eye. Don’t expect Dana White to ever sign the now 55-year-old former baseball player.