Israel Adesanya is one of the best MMA fighters in the UFC, dominating at the middleweight level to the tune of an almost undefeated record.

Adesanya owns a 23-2 MMA record since transitioning from kickboxing to become a mixed martial artist, even moving his weight class to compete against Jan Blachowicz as a contender for the light heavyweight crown at UFC 259. Adesanya would lose that fight before defending his middleweight title.

Adesanya is a huge draw for Dana White in the UFC, and his fights are among the most anticipated in the sport. Since UFC 259, he's found some difficulty defeating Alex Pereira, most recently during their rematch at UFC 281.

That comes with quite a nice payday every time Izzy steps into the ring, and "The Last Stylebender" has earned a solid fortune from his fighting career. 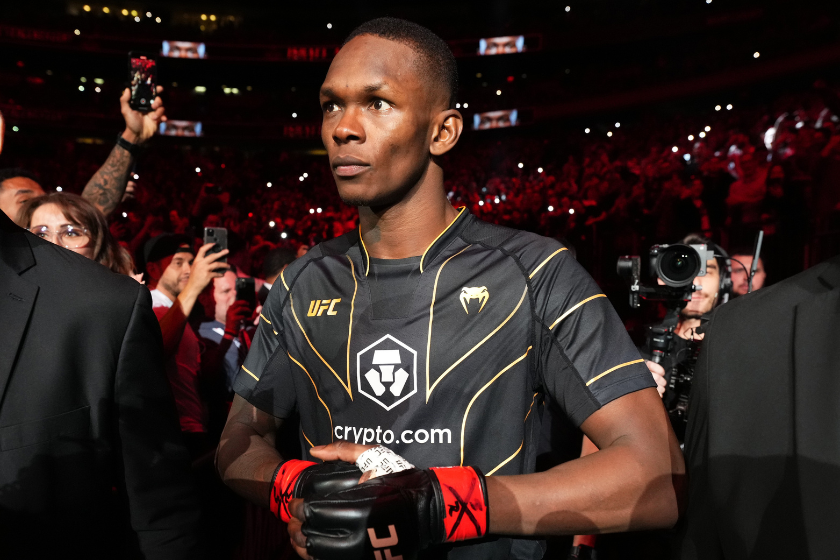 Israel Adesanya was born to his mother Taiwo in Lagos, Nigeria and grew up in Ghana and New Zealand, where he attended the Rotorua Boys' High School. Izzy started out as a kickboxer, after being inspired by the Muy Thai movie, "Ong-Bak." Since then, Izzy has gone 75-5 in his professional career with 48 knockouts, before transitioning to the UFC as a mixed martial arts fighter.

He then started training in MMA at City Kickboxing in Auckland, New Zealand, alongside trainer Eugene Bareman.

Adesanya got off to a roaring start in the Ultimate Fighting Championship, winning his first 12 fights via knockout, including a bout at UFC 221 in 2012 where he defeated Rob Wilkinson via TKO in the second round and earned Performance of the Night win bonus.

He then defeated Marvin Vettori via decision, fighting under the main card headlined by Dustin Poirier and Justin Gaethje.

His next fight was a unanimous decision against Brad Tavares. The Nigerian then handled Derek Brunson in the Octagon at UFC 230.

In 2019, Adesanya drew a headline fight against Anderson Silva, disposing of the Brazilian via unanimous decision at UFC 234 and earning the Fight of the Night bonus once again.

Adesanya earned the middleweight championship in April 2019 after defeating Kelvin Gastelum via unanimous decision at UFC 236. He defended his title against Robert Whittaker at UFC 243 that same year, taking down Whittaker via knockout.

The superstar has defended his belt a total of five times in UFC fights. Two of his previous defenses came via an unanimous decision against Yoel Romero and a knockout win against Paulo Costa at UFC 248 and UFC 253, respectively. Adesanya, then the reigning UFC middleweight champion went on to defeat Marvin Vettori at UFC 263, Robert Whittaker at UFC 271, and Jared Cannonier at UFC 271, all by unanimous decision.

But that defense streak came to an end in New York, when he lost to Alex Pereira at UFC 281. But, as you may have heard on ESPN, the combat sport

Israel Adesanya, considered one of the greatest strikers ever, has made a solid amount of money from his career as a UFC fighter and champ. In addition to his fight winnings, his net worth has also been boosted by the UFC's deal with Reebok and his sponsorship from Puma.

According to reports, Adesanya boasts an estimated net worth of $2 million.