Incredible Halloween Costumes We Saw Around the Sports World 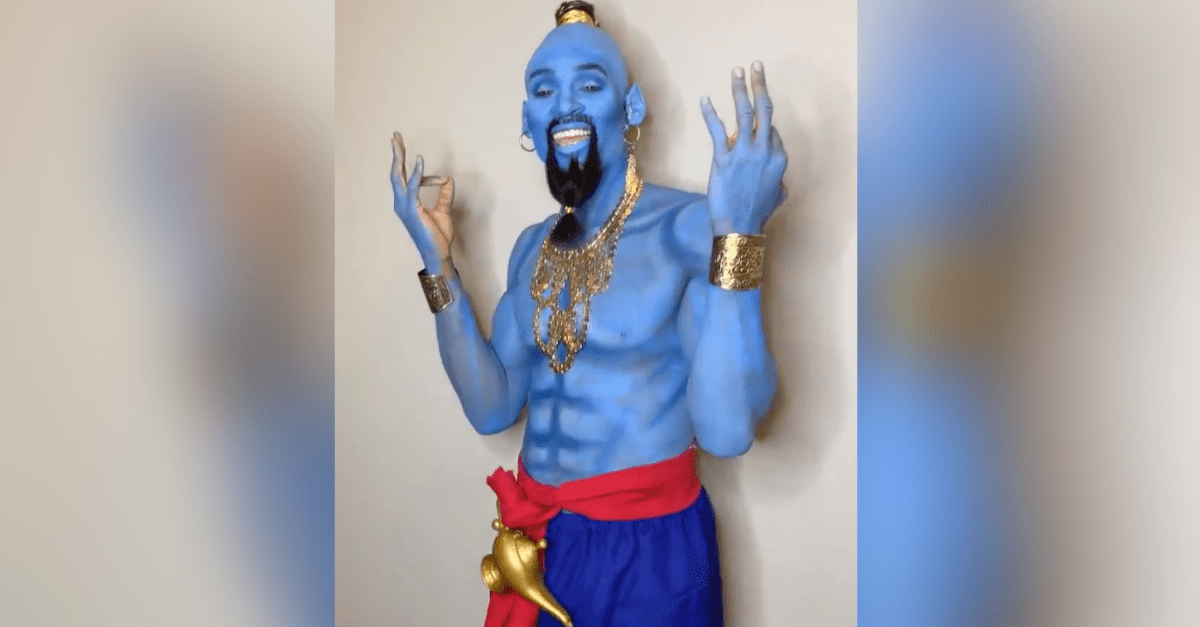 Now that everybody has an excess amount of candy sitting in their houses, and a bunch of Halloween makeup that’s going to get pushed into the back of a drawer “just in case,” it’s time to turn the page to November. The basketball and football seasons are in full swing, but let’s take a moment to relive Halloween 2019 one more time.

There were tons of hilarious costume ideas that people came up with, and a ton of athletes took the holiday spirit to another level and went DEEP into character to celebrate. Costumes flooded every corner of social media, but these 10 stood out above the rest.

Vegas Golden Knights goalkeeper Marc-Andre Fleury is one of the best net-minders to ever do it. Naturally, stepping out on a Halloween might draw some unwanted attention. The perfect disguise? He and wife Véronique LaRose went in tandem as Cousin Itt and Wednesday Addams from The Addams Family.

In a word? Genius.

9. Isaiah Thomas as an Oompa Loompa

Isaiah Thomas really dressed up as an Oompa Loompa for Halloween 😆

Standing 5-foot-9, Washington Wizards point guard Isaiah Thomas is one of the smallest NBA players in the game. That’s why a play on the two-time All-Star’s diminutive stature and being an Oompa Loompa from Willy Wonka’s chocolate factory is an absolute slam dunk.

Kevin Love was in the Halloween spirit during his postgame interview 😂🎃 pic.twitter.com/0kj9fyCF8g

What’s better than dressing up as iconic horror movie villain Jason Voorhees for Halloween? Wearing your costume during the postgame interview and acting like nothing is different. Kudos to Kevin Love for killing Halloween once again.

“Rock is about finding who you are. You don't necessarily have to play your instrument very well at all. You can just barely get by and you can be in a rock band”‼️ @kissonline #ROCKBOYZ🤟🏾🎸 #rocknroll #rockstarlyfestyle #trapstars #Demon😈 #Catman😼#Spaceman👨‍🚀 #Starchild💫 #BLISS #blackkiss 🦹🏾‍♀️💄🎨 @monip10

You’ll see a lot of people dressed as KISS every year, but something about seeing four NFL linebackers doing it made me burst out in laughter. Whitney Mercilus, Barkevious Mingo, Jacob Martin and Brennan Scarlett tag-teamed their Halloween costumes this year, and it’s flawless.

6. Paul George as The Night King

The Night King! #GOT

I’m a Game of Thrones nerd. Hopefully, you are as well because newly-acquired Los Angeles Clippers forward Paul George pulled out all the stops to be GOT’s Night King this year. Ideally, Arya Stark isn’t around to change hands and cut down the NBA veteran.

5. DeAndre Hopkins as The Genie

In 2018, Houston Texans wide receiver DeAndre Hopkins took the top spot on our list as Na’vi from Avatar. I’m not sure if Hop had a ton of blue body paint laying around, or he just loves the color, but busting it out again and being The Genie from Aladdin? Another win for future Hall of Famer.

Had to represent @JoseAltuve27 and @TheJudge44 from the ALCS at @packers Halloween party! @astrosbaseball @yankees we are ready for our local tryouts. @weirnathan They call me big red and I hit dingers. #halloween #alcs @starting9 @mlb @mlbcut4 #allrise #josealtuve #gopackgo

avengers assemble !!!! (i obviously had to be captain) #7daysofhalloween

Did you really think the “official pup” of the Washington Capitals wasn’t going to make this list as The Avengers’ Captain America? Captain is in training to assist an American veteran when he’s old enough, but until then, he’s stealing the hearts of NHL fans with get-ups like this.

Love him or hate him, there’s no denying LeBron James is the greatest entertainer in sports. From his Taco Tuesday movement to dropping breaking news on HBO’s The Shop, the Los Angeles Laker stepped up his game once again with his “LeDward Scissorhands” costume that, quite honestly, is downright terrifying.

Colton dressed up as @Coach_EdOrgeron this #Halloween. Anyone else dressing up as their favorite Tiger? pic.twitter.com/WA24BZL04p

Colton Moore lives with spina bifida. The die-hard LSU Tigers fan went viral earlier this year around SEC country with a Facebook post about wanting to meet LSU head coach Ed Orgeron. Moore got that chance before LSU’s game against Utah State, and for Halloween, Moore pulled out all the stops to go as Coach O this year.

In the raspy, harsh voice of Orgeron: Go Tigers!

READ MORE: The Halloween Run: It’s Been 60 Years Since This LSU Legend Was Born