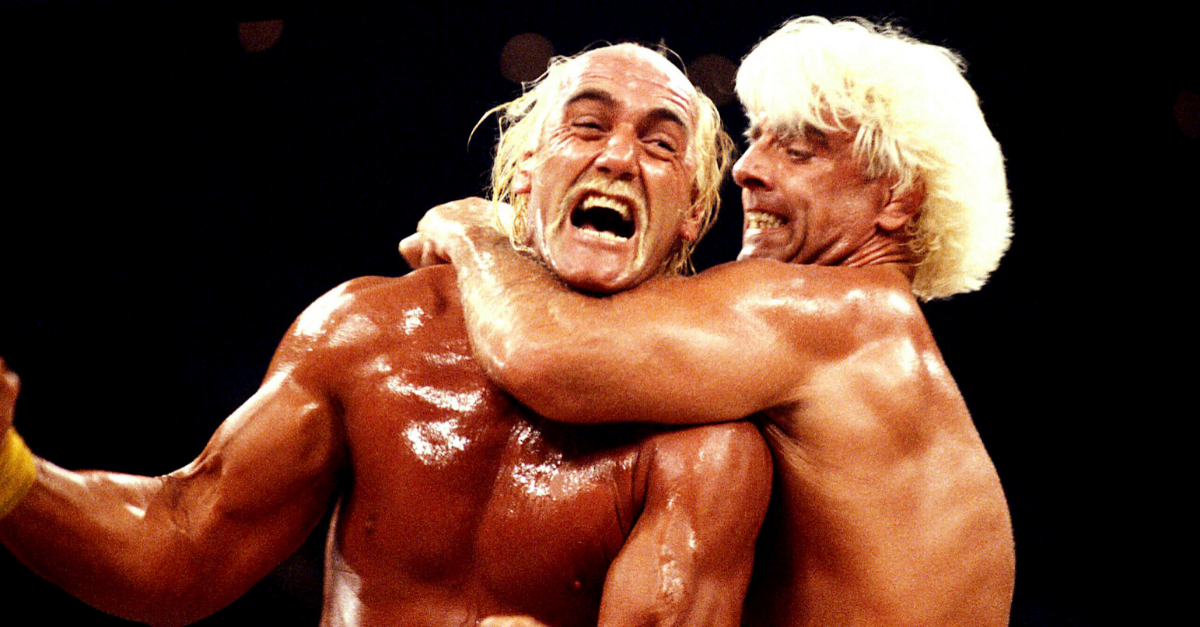 On October 31, WWE presents its second installment of WWE Crown Jewel inside the King Fahd International Stadium in Riyadh, Saudi Arabia. The show will be headlined by Brock Lesnar defending his WWE Championship against Cain Velasquez, and Braun Strowman competing against boxing champion Tyson Fury. Another marquee match-up of Team Hogan vs. Team Flair, who are both managers of a 10-man tag match.

The tag team match originated on an episode of MizTV on the September 30 episode of Monday Night Raw, when Hogan and Flair started to take jabs at each other. Seemingly, the two were going to fight, and even squared up face to face. Hogan then grabbed the mic and stated that they are not “spring chickens anymore,” but did want to add one more chapter to their legendary rivalry.

Hulk Hogan initially chose Universal Champion Seth Rollins to be the team captain, but due to the rivalry heating up with “The Fiend” Bray Wyatt, Rollins will now be facing Wyatt at the event in a Falls Count Anywhere match. As a result, Hogan picked another captain, which is now Roman Reigns. Hogan’s members of his team also include Shorty G, Ali, Rusev, and Ricochet.

While the WWE draft is officially in session, this event will be a supershow featuring both Raw and SmackDown superstars against each other.

Who Will Win the Team Hogan vs. Team Flair Match at Crown Jewel?

While this match will most likely not be the main event, it does feature Hulk Hogan and Ric Flair, which fits the desire for the Saudi General Sports Authority executives to feature old school wrestlers on their events. For instance, The Undertaker was featured as a part of the Riyadh Season Opening Ceremony to promote Crown Jewel.

PREDICTION: Although Reigns’ team did win on the recent episode of WWE SmackDown, which oftentimes means that the opposing team will win at the PPV, Team Hogan will win this match as well to please the Saudi fans in attendance. This match does not seem to have any other reason than to feature the WWE Hall of Famers Hulk Hogan and Ric Flair, so the babyfaces will most likely walk away as the victors of the match.