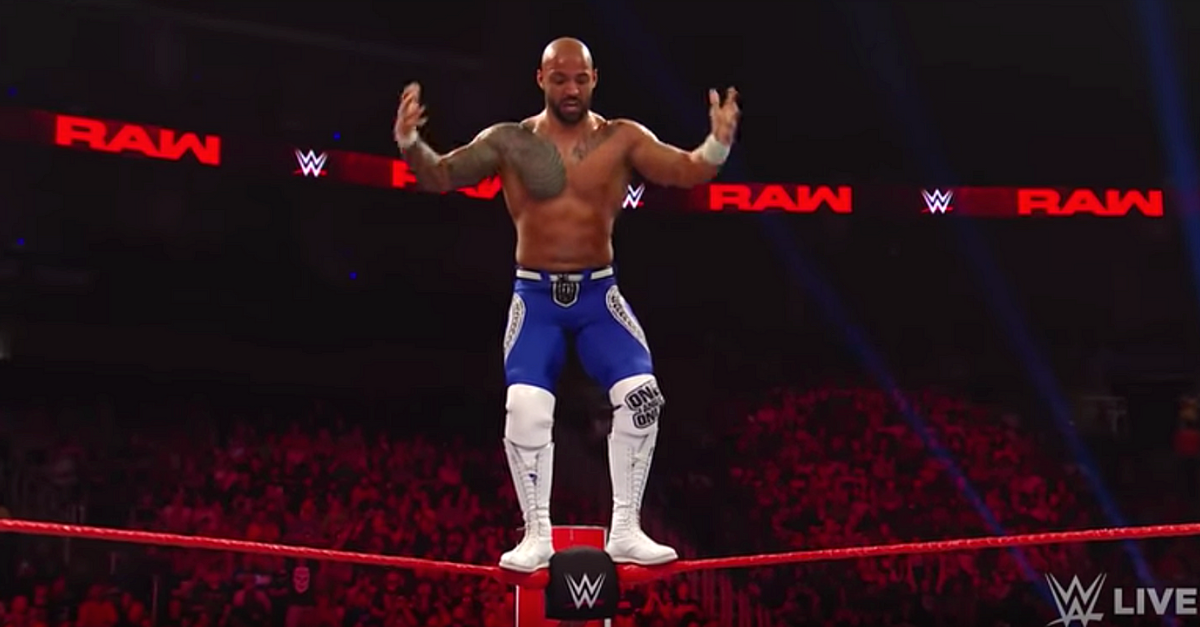 Since his professional wrestling debut, Trevor Mann has been destined to embark on a WWE journey. Beginning his career in 2003, Ricochet competed in independent organizations such as Pro Wrestling Guerrilla (PWG), EVOLVE, and Dragon Gate, as well as Lucha Underground as Prince Puma.

Along with his success in various American promotions, Ricochet found success in NJPW, teaming with Matt Sydal and Ryusuke Taguchi to win the IWGP Junior Tag Team Championships. He also won the NEVER Openweight Six-Man Tag Championship. Due to his success with these promotions, WWE acquired him in January of 2018, and he joined the Performance Center.

“I never thought that I would actually be [in the WWE],” said Ricochet during an interview with WWE.com shortly after starting with the company. “To actually be here really means the world to me. It means that, through anything, hard work, dedication, it can get you wherever you want to go.”

During my exclusive interview with him on the Pancakes and Powerslams Show, he explained how came up with the name of Ricochet.

“I had a bunch of names written down. I can’t remember any of them at the moment, but one of them was Ricochet. I remember not really wanting Ricochet… I kind of always wanted a two-named name, like for example Johnny Gargano or Chuck Taylor, or something like that. Rich Swann. So, I was trying to think of a cool two-named name, and I just never could think of one. And finally, the day came, and everyone was like ‘just pick Ricochet. It’s pretty cool, and the definition fits all of your flippy stuff.'”

After spending time in the Performance Center, Ricochet made his NXT debut in February of 2018, defeating Fabian Aichner. Just two months after his NXT in-ring debut, he was a part of a high-profile match at NXT TakeOver: New Orleans, participating in a ladder match for the NXT North American Championship.

Adam Cole won the match, but Ricochet would defeat Cole at TakeOver: Brooklyn IV and continued his feud with Cole and the Undisputed Era, before losing it to Johnny Gargano at TakeOver: Phoenix. As champion, “The One and Only” gained victories over Tyler Breeze, The Velveteen Dream, and Shane Thorne, as well as a highly-acclaimed no contest match against Pete Dunne.

The high flyer began teaming with Aleister Black, and the duo had opportunities at the Raw, SmackDown Live, and NXT tag team titles all during WrestleMania week. One of these matches was for the SmackDown Tag Team Championships at WrestleMania 35.

Ricochet made his main roster debut on the February 18, 2019 episode of WWE Raw, teaming with Finn Balor to defeat Bobby Lashley and Lio Rush. Since competing on the main roster, Ricochet has racked up victories against superstars such as Robert Roode, Cesaro, and Jinder Mahal, as well as tag team match victories against The Revival, Baron Corbin & Drew McIntyre, and Cesaro & Sheamus.

Ricochet was most recently a part of the 50-man Battle Royal at the Super ShowDown pay-per-view and was also a part of the Money in the Bank match, which was won by Brock Lesnar. His alliance with Aleister Black ended since the two are now on separate brands.

As a singles competitor, Ricochet hopes to catapult his success from the WWE NXT brand to be one of the most captivating wrestlers on the main roster, and eventually win a major championship sooner than later.