Brooke Hogan is the perfect embodiment of "daddy's little girl." She's the daughter of Hulk Hogan, the wrestling legend who once hospitalized three men while filming "Rocky III" and squared off against Andre the Giant in an unforgettable WrestleMania 3.

Despite her father's efforts to shield her from men throughout the years on their reality show "Hogan Knows Best," Brooke has gone on to do some pretty cool things in her music, acting and wrestling careers. She even landed a Billboard hit song back in 2006.

While the offspring of Hulkmania used to be a popular and gorgeous figure in the limelight throughout the 2000s, she's pretty much fallen off the map since then. Don't worry, though, because she's still just as beautiful and talented in 2022.

In fact, the 33-year-old even joined the wrestling scene like her papa. 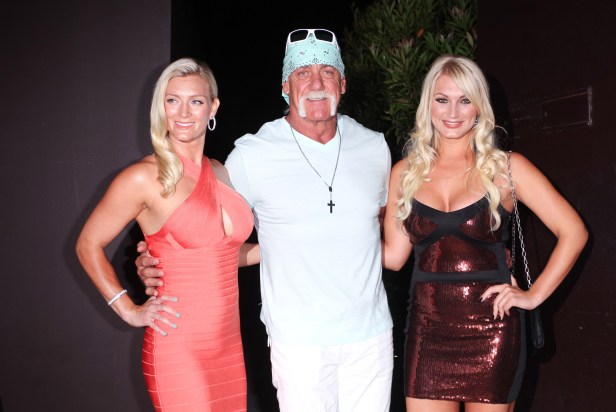 Brooke Hogan's real name is Brooke Ellen Bollea and she was born in Tampa, Florida, on May 5, 1988.

She's the daughter of wrestler Hulk Hogan (Terry Bollea) and Linda Hogan. She also has a brother, Nick Hogan. When Linda filed for divorce in 2007 over an alleged affair Hulk was having, Brooke took her father's side and has continued to keep a strong bond with him.

Brooke was barely a teenager when she began her music career in 2002. She and Hulk appeared on VH1 to promote her career in a one-hour special and parlayed that into a whole reality TV show, "Hogan Knows Best." That's how the public was introduced to Hulk Hogan's daughter.

Brooke released her first studio album in 2006 titled Undiscovered. Her song "About Us," featuring rapper Paul Wall, shot up the Billboard Hot 100 and peaked at No. 33. The album did more than 120,000 sales in the United States.

Three years later, she released "The Redemption." It flopped and only sold 15,000 copies. She hasn't released a full album since. Brooke has continued to make music, such as "Beautiful" in 2014, an alternative country track called "Girlfriend" in 2015 and more recently "Touch My Body" in 2019.

She continues to make music to this day as a singer and songwriter. Her most recent single, "Better," came out in 2021.

After premiering in July 2005, it became the network's highest-rated series ever. One prominent storyline included Hulk's role as a strict parent in Brooke's dating life. He even once put a GPS tracker on her car to track where she was.

In 2008, VH1 gave Brooke her own show, "Brooke Knows Best." It showcased her family issues, music career and life away from her parents. She and two friends lived in a Miami house for the show.

The reality star couldn't stay away from the big screen. She played roles in shark horror movies such as "Sand Sharks" and "2-Headed Shark Attack" in 2012, which is quite the 180 from reality TV.

Brooke Hogan Was Engaged To a Dallas Cowboy

Why is Brooke Hogan engaged to Phil Costa? ¯_(?)_/¯ At least he's a Cowboy I guess! pic.twitter.com/2NJjXLZiuA

Hogan's dating life has been the center of interest for quite some time.

She once dated pop star Aaron Carter when she was younger, which her father was definitely not fond of. Brooke later was engaged to former Dallas Cowboys center Phil Costa, who spent five years in the NFL. The pair called off the wedding in 2013.

Brooke's father came under fire in 2015 when an audio recording was released that showed Hulk making racist comments in a rant about her dating a black man in 2006. The WWE terminated his contract in response but reinstated him in 2018 and welcomed him to the WWE Hall of Fame, a group that includes names like Ric Flair and Donald Trump.

Brooke was dating a businessman named Kyle Rowe in Nashville as recently as June 2020. Judging from her social media, she scrubbed all pictures of him from her profile some time since then. 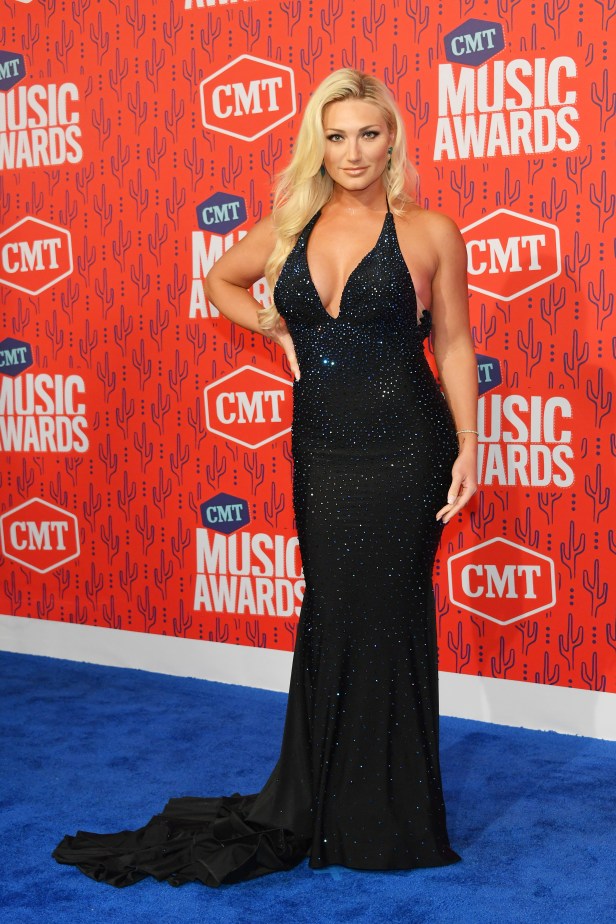 Brooke Hogan was always a knockout, but the 33-year-old may look better with age. The photo above is from the 2019 Country Music Television Music Awards. It's safe to say she is still turning heads.

Oddly enough, more people have seen Hulk naked than they have his daughter. Hulk's controversial sex tape was released by Gawker and led to an ugly lawsuit.

Brooke was offered to pose naked in Playboy in 2008 and she wouldn't have been the first woman in the WWE realm to strip down for the publication. Torrie Wilson and plenty others have done so. The then-20-year-old Brooke turned down the opportunity and preserved her good girl image, however.

Brooke currently runs an interior design business called BB Designs By Brooke, which she founded in 2018. It specializes in AirBNB design and luxury residential decor.

Brooke's first appearance in the WWE scene came alongside her father in 2006 on Saturday Night's Main Event XXXIII. The storyline included Randy Orton flirting with Brooke and challenging Hulk to a match before attacking him in a parking lot.

Wrestling fans were probably excited when it was announced Hulk Hogan's legacy was going to be continued.

She joined Total Nonstop Action (TNA) Wrestling in 2012 as an on-screen personality to help garner attention for the organization's female wrestlers. She appeared in an interesting episode of IMPACT Wrestling in which Hulk walks her down the aisle to marry pro wrestler Bully Ray in the ring before all hell breaks loose.

All the world is waiting on now is for Brooke Hogan to actually body slam some girls herself. 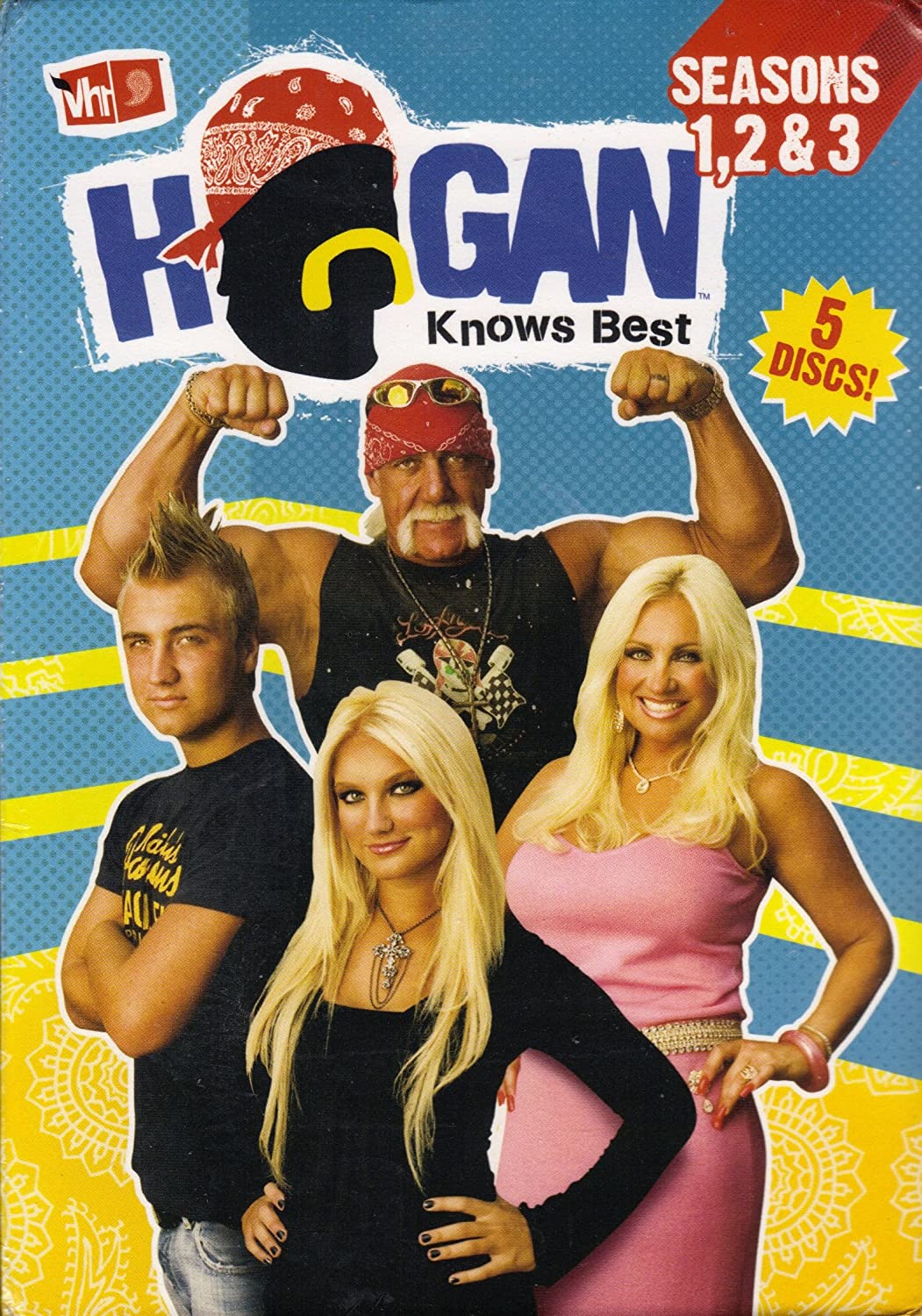