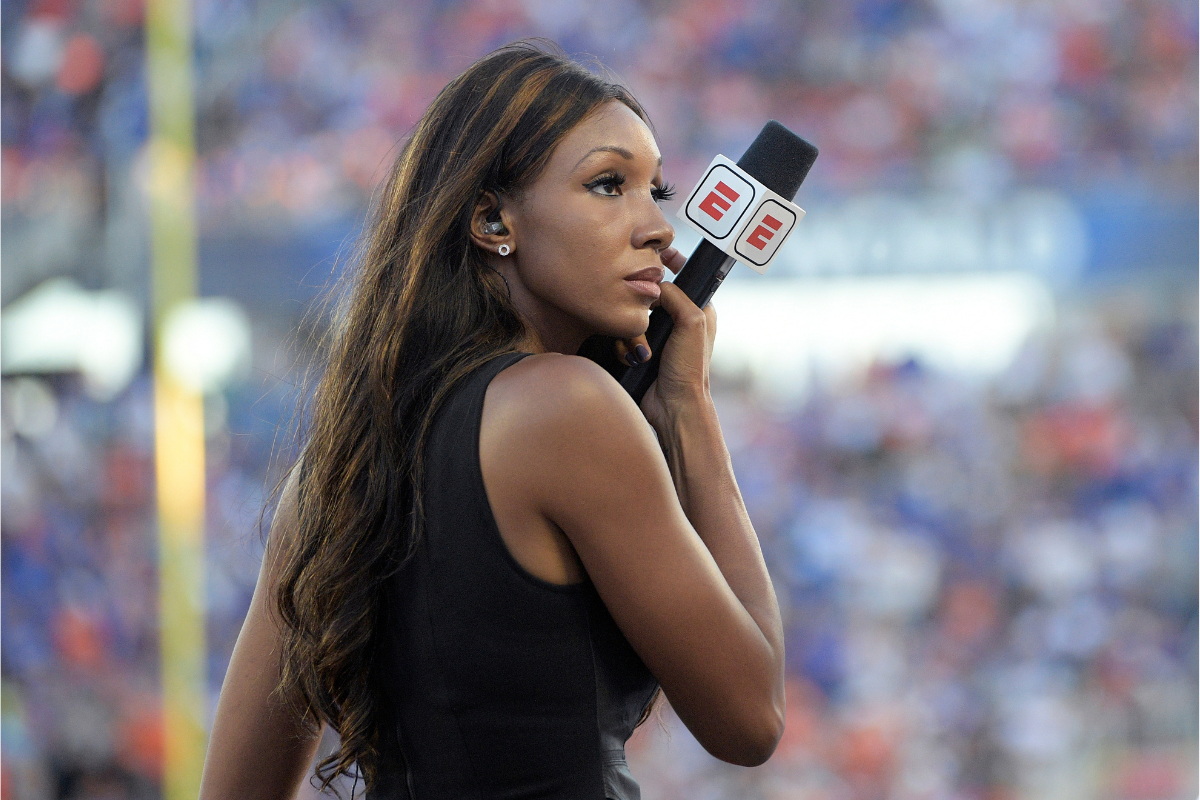 On Saturdays in the fall, as fans watch college football, Maria Taylor is in her element. She paces around the field with a combination of vigor and glamour that only a very small handful of sideline reporters could ever pull off. There is no stopping her when she?s in the zone and it?s part of what makes her an American superstar.

Before she rose to fame on ESPN ? where she shines brightest on College GameDay, during big-time games, and hosting NBA Countdown ? Taylor was a star athlete at the University of Georgia. She played college volleyball for the Bulldogs and was on the women?s basketball team.

Standing at an impressive 6-foot-2, it should come as no surprise Taylor excelled playing sports.

After a successful prep career at Centennial High School in Alpharetta, Georgia, including being named to the 2004 USA Volleyball Junior National A2 team and the Atlanta Tip-Off Team of the Year as well as earning the Fulton County Scholar Athlete of the Year award, Maria Taylor ? whose full name is Suzette Maria Taylor and is the daughter of Steve Taylor and Suzette Taylor ? accepted an athletic scholarship from the Georgia Bulldogs in Athens.

In four seasons with the Lady Bulldogs volleyball team, Taylor, an outside hitter, finished with 1,729 kills and 2,020 total points. She was a three-time All-SEC performer and her numbers still sit high on the program?s all-time lists. Taylor also helped the U.S. National A2 Blue Team earn a bronze medal at the Open Division of USA Volleyball Championships before her senior season.

Taylor graduated with a degree in broadcast news in 2009 and a Master of Business Administration in May 2013, according to her ESPN bio.

Much like any successful reporter, Maria Taylor worked her way to the top. She was the host for IMG College at the University of Georgia for three years and appeared on various studio shows such as Dawg Report, SEC Men?s Basketball Tonight, and SportsNite.

Then in 2013, Taylor became the sideline reporter for ESPN 2?s Saturday night primetime college football telecast with Brent Musburger and Jesse Palmer and the Orange Bowl. She joined the SEC Network the following year, where she is a sports analyst for volleyball and women’s basketball SEC telecasts in addition to football. She also covers college men’s basketball.

Since then, the sportscaster’s has career skyrocketed. She replaced Samantha Ponder on ESPN College GameDay, continues to work the country?s premier showdowns and bowl games on ESPN and ABC, and became the host of NBA Countdown in 2019.

My life has been made #44 @POTUS44 pic.twitter.com/kmOJTRlljN

In addition to her television roles, Maria Taylor also has a big presence on social media. The college football reporter has over 264,000 followers on her Instagram account and over 267,000 followers on Twitter as she travels across the United States.

Taylor was born on May 12, 1987 and her horoscope sign is a Taurus. She is married to Rodney Blackstock ? a former college basketball player ? and currently resides in Atlanta and New York City, according to Healthy Celeb. The couple reportedly met at a Charlotte Hornets game in 2014.

In helping ESPN’s coverage of college football and the NBA, she has an estimated net worth of $2 million.