Los Angeles Lakers superstar Anthony Davis lives by a motto: Whatever makes you different, embrace it. In Davis' case, this translates to owning his captivating, scintillating, one and only unibrow. Over the years, it has become a big part of his identity. Heck, his nickname has become "The Brow" because of it.

But why has AD never taken a razor to the patch of face between his eyes?

Why Does Anthony Davis Have a Unibrow? 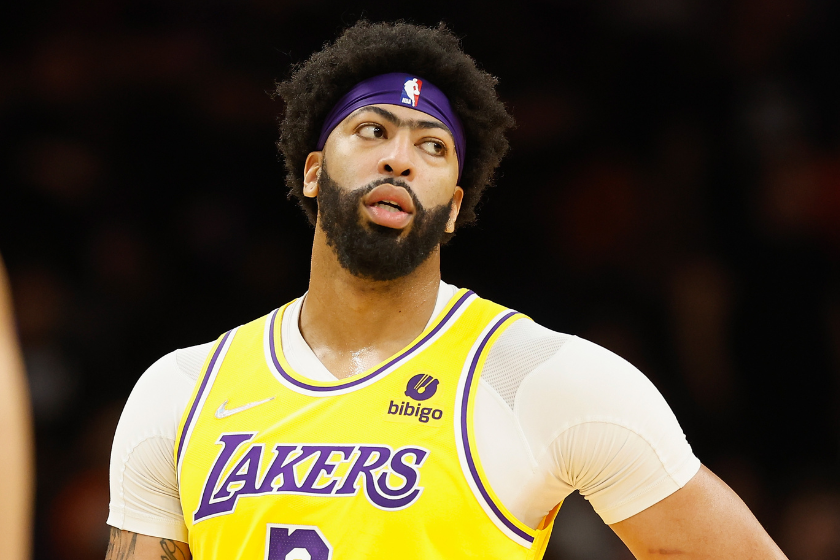 The tail-end of Anthony Davis' high school career came with changes. He had one last chance to tell the girl of his dreams how he felt at the senior prom, he grew 10 inches and his famous unibrow entered the national spotlight.

As the No. 1 college basketball recruit in the class of 2011, Davis committed to the University of Kentucky. The premier athletics program was featured on national television as much as anyone, and people began to take notice of the best player in the country's defining feature.

Anthony Davis' unibrow became as much a part of him as his lockdown defense and offensive creativity. He wasn't just Anthony. He was The Brow. From New York to California, from the offseason to the trade deadline to the playoffs, the Brow had reached superstar status.

Right, but why sport the unibrow? 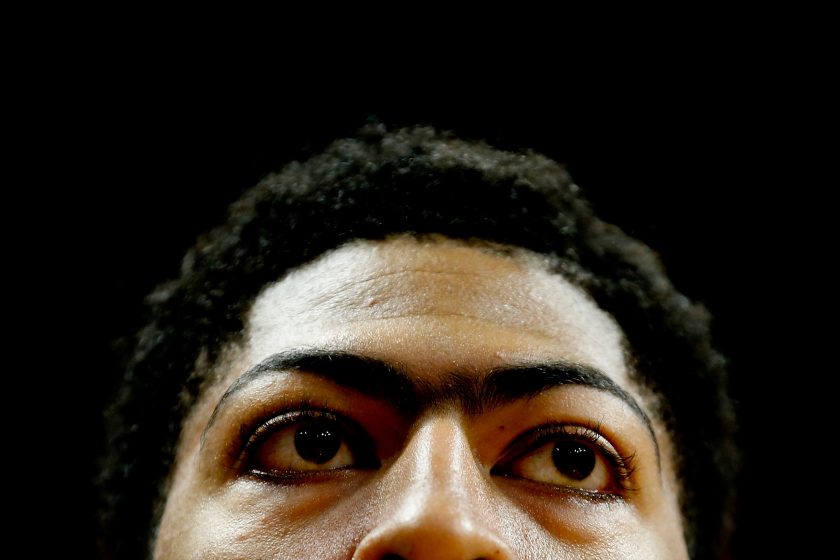 Davis explained to ESPN in 2012 why he would never shave it off.

"I'm not going to change who I am. It's me," he said before being asked why not a beard or mustache instead. "I don't know. I guess it just makes me different."

Then, of course, there's the fact that he has to consider whether women will appreciate it. Apparently the ladies can look the other way when you're a superstar NBA player.

"They really don't care too much. I don't even know. I guess they notice it. They've never said anything about it," Davis said.

Around the same time his unibrow became meme-able, Davis led the Wildcats to the NCAA Championship in 2012 with a 67-59 win over Kansas. He was subsequently named the game's MVP. Forecasted as the top pick, AD declared for the 2012 NBA Draft and was selected with the first-overall pick by the New Orleans Hornets. He's now with the Los Angeles Lakers as a consistent NBA All-Star, battling the Los Angeles Clippers, Denver Nuggets, Houston Rockets, Dallas Mavericks, Detroit Pistons, as well as Kevin Durant and the Brooklyn Nets.

However, the former UK center spent the time between his college and pro days taking advantage of his look. He trademarked the sayings "Fear The Brow" and "Raise The Brow" in June 2012.

The people have spoken, time for a little change... pic.twitter.com/i5GiGdMei9

Anthony Davis appeared to betray his coveted look in 2018. The then-New Orleans Pelicans forward appeared to take a razor to shave the glorious unibrow we had come to know and love.

"The people have spoken, time for a little change..." he wrote on Twitter.

As he's about to do the deed, I turn away. It's too painful. He fumbles the camera and voila, the NBA star's brow is gone. Something's fishy though, and it's not just Long John Silver's All-You-Can-Eat Sundays.

The camera shakeup is too convenient; the Red Bull towel too visible. Intuition proved right, thank goodness. The NBA player made us all hold our breath, but let us exhale when he revealed the whole thing was just an April Fool's prank for April Fools' Day. He likes to have fun, and we love him for that.

Like James Harden's beard or LeBron James' hairline, Davis' unibrow is a work of art and should be protected at all costs.

MORE: James Harden Without His Beard Doesn't Look Like the Same Guy