Charles Barkley isn't one to hold his tongue, and that's what we love about Sir Charles. But at halftime of the Los Angeles Lakers matchup with the reigning Eastern Conference Champion Boston Celtics, Chuck had had enough of the "conspiracy" that keeps the Lake Show in the spotlight. And in true Round Mound of Rebound fashion, Chuck did not mince his words when saying that the Lakers stink.

Barkley: "Y'all forcing us to show them all the time, like [the Lakers] are going to be good." 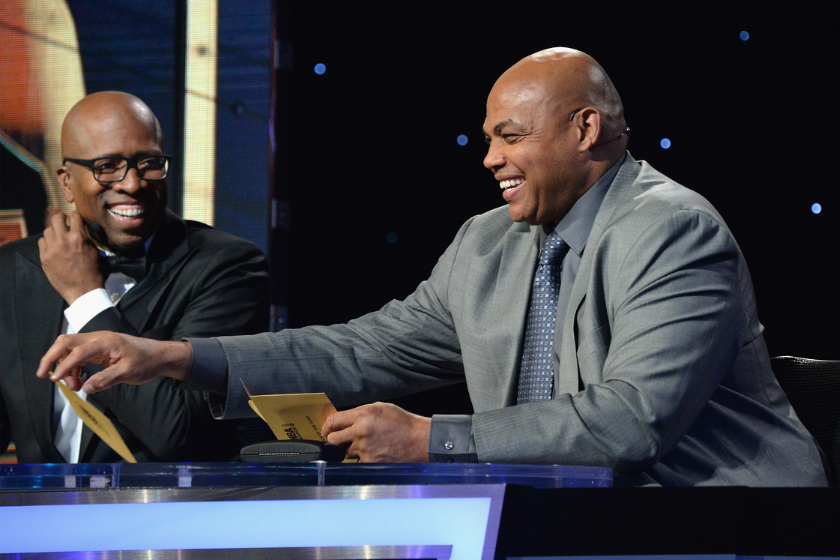 RELATED: Charles Barkley's Golf Swing is No Longer a Nightmare

The Los Angeles Lakers are a far cry from the team that won an NBA Championship in 2020. With LeBron James and Anthony Davis, the team is limping into the No. 12 spot in the Western Conference. And many NBA fans are sick of seeing Los Angeles in prime time spots. When the best California-based NBA team is playing Sacramento, it's clear that things are beginning to seem dire in LA.

But after watching the Lakers get outworked, outplayed and out hustled against Boston, Inside the NBA analyst Charles Barkley had seen enough after the Celtics led by double-digits at halftime.

While the Lakers have been tied to another NBA conspiracy in the past, Chuck clarified his issue, stating it was about the amount of coverage the Lakers get from the sports media. "What's the 12-seed in the East? We don't ever talk about the Washington Wizards, do we? Ever? Do we ever mention the Washington Wizards and the great Bradley Beal? No. But for some reason, these morning talk shows and us, we have to show the Lakers all the time. The Lakers stink."

"The Lakers stink. [The NBA] forcing us to show them all the time like they're going to be good. There's a conspiracy."

The Lakers must have had the TV on in their locker room, as LeBron and Davis came out swinging in the second half. Ultimately, the Celtics won in overtime as the Lakers' stars appeared exhausted in the extra period. Thankfully for Chuck, his shot at the Lakers wasn't rejected at the rim.