It's no secret that basketball often runs in the family. Klay Thompson's father, Mychal, was the number one pick in the 1978 NBA draft. Tim Hardaway Jr.'s father was, you guessed it, five-time All-Star, Tim Hardaway. The Holiday brothers, the Antetokounmpo brothers, the Lopez twins, maybe LeBron and Bronny in the coming years, who knows -- the list goes on and on.

But there's a family in the league today that is unique, in that it combines multiple NBA families. The patriarch? Philadelphia 76ers Head coach Glenn Anton "Doc" Rivers. 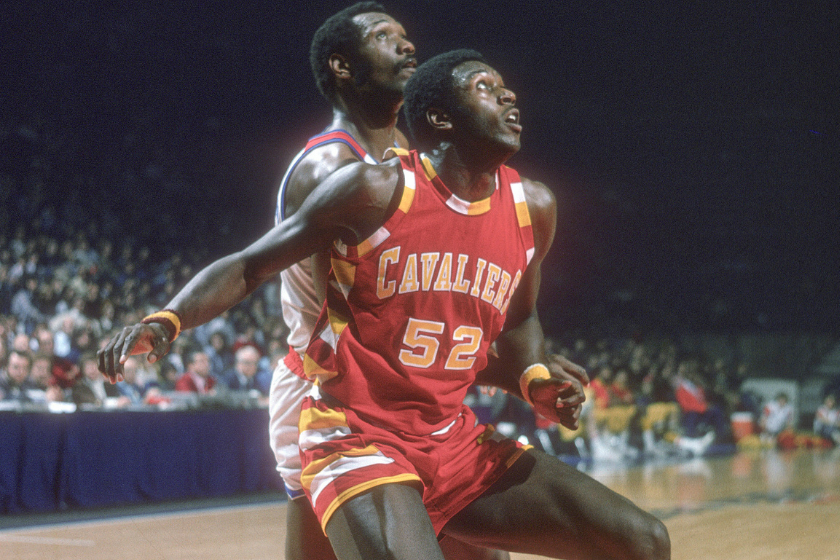 The NBA connection with the Doc Rivers family tree doesn't actually start with Doc. Doc's uncle, Jim Brewer, was the second overall pick in the 1973 NBA draft -- he was selected by the Cleveland Cavaliers. Doc Rivers attended the same high school as his uncle, Proviso East High School.

Doc Rivers - The Man Himself 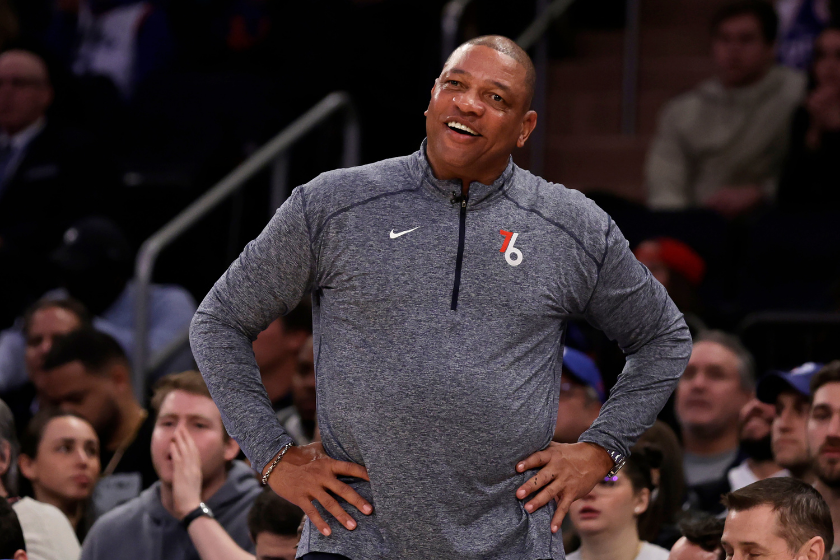 Now, we have Doc Rivers. After graduating as a McDonald's All-American from Proviso East High School, located outside of Chicago, the Illinois native attended Marquette University in Milwaukee, Wisconsin, where he played for three years under legendary basketball coach Al McGuire. He was then drafted in the second round of the 1983 NBA draft by the Atlanta Hawks.

Rivers played in the NBA from 1983 to 1996, playing for the Los Angeles Clippers, New York Knicks and San Antonio Spurs in addition to the Hawks. Shortly after his retirement as a player, Rivers began his career as an NBA coach in 1999 with the Orlando Magic. From Orlando, Rivers would lead the Boston Celtics (where he won a NBA championship in 2008), LA Clippers, and now to his current team, the Philadelphia 76ers. Doc has four children with his wife (soon-to-be ex-wife?), Kristen Rivers.

Kristen Rivers (née Campion) met Doc Rivers at Marquette University, where they both went to college. Allegedly, Doc initially tried to set Kristen up with one of his friends, but the two just couldn't stay away from one another and they married in 1986. Interracial couples were frowned upon (and unfortunately, sometimes still are), and the couple experienced harassment throughout their relationship. They stuck together and built a beautiful family.

They have not officially divorced, but they have supposedly been separated for the last few years.

Jeremiah Rivers - The First Apple to Fall from the Tree 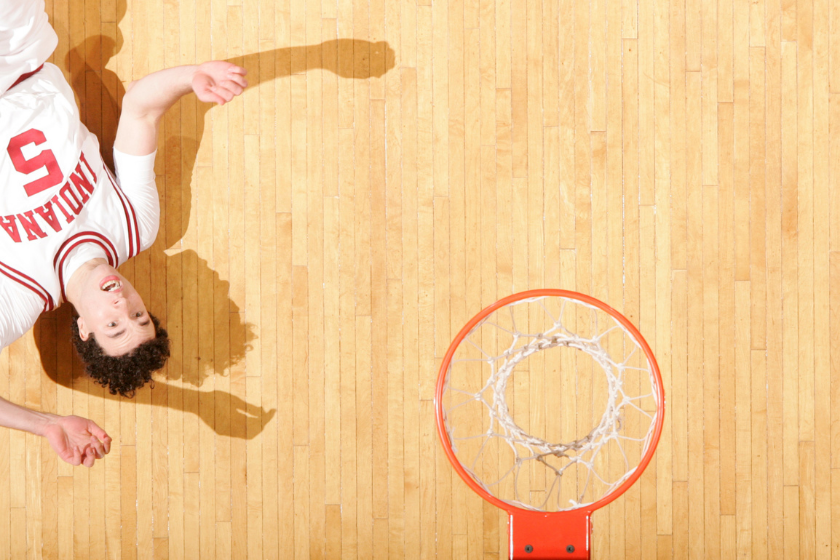 The oldest of Doc's children is Jeremiah Rivers. While Jeremiah was never drafted into the NBA as a basketball player, he did play college basketball at Georgetown University and Indiana University.

So, not horrible but not quite the savior Indiana may have been expecting and not enough to continue a career in professional basketball, despite playing in Serbia and a brief Summer League stint with the Knicks.

Austin Rivers - The One Who Plays in the NBA 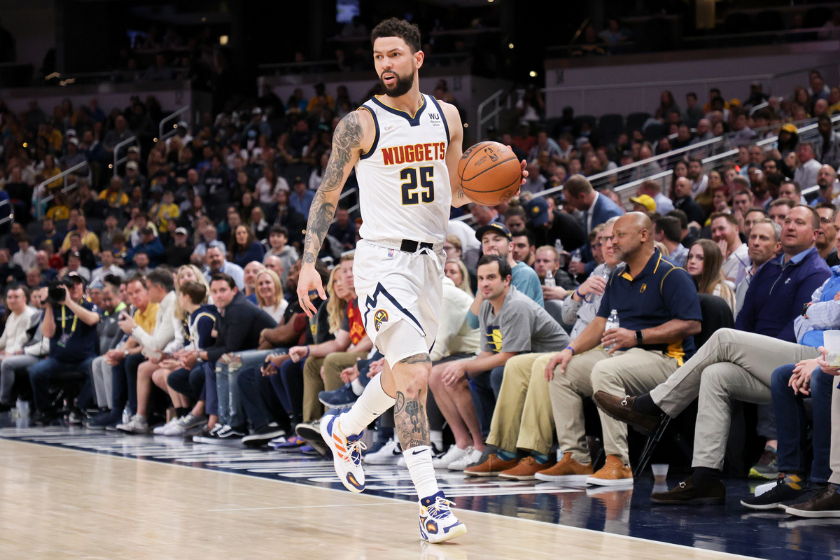 Austin is probably the child of Doc's and Kristen's that you're most familiar with. Austin found great success in college, where he played basketball for the oh-so-esteemed Duke University. He was drafted tenth overall by the New Orleans then-Hornets and has played for the Los Angeles Clippers, Washington Wizards, Houston Rockets, New York Knicks and his current team, the Denver Nuggets. While Austin played for the Clippers, he became the first player to be coached by his father in the NBA.

Spencer Rivers - The Baby of the Rivers Bunch 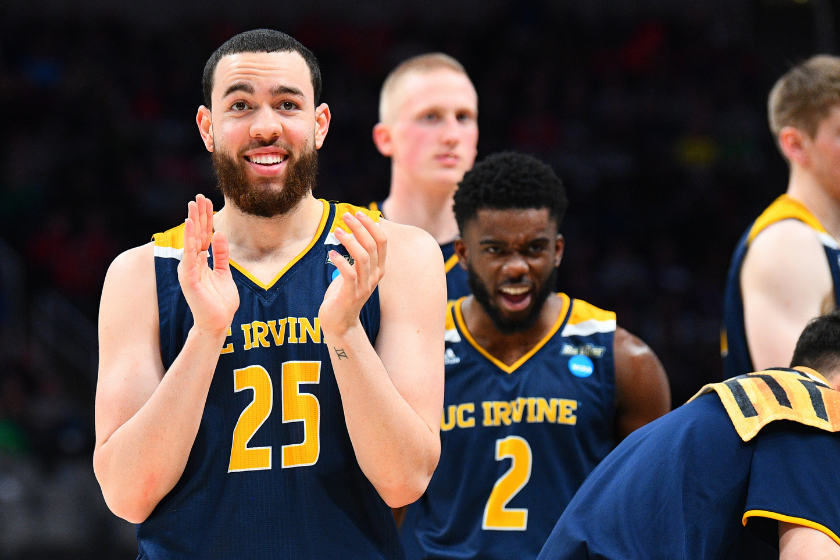 The youngest child of Doc and Kristen is Spencer. Like his brothers, Spencer played basketball in college, playing at the University of California, Irvine. In fact, Spencer played in the NCAA tournament in 2019 (Go Anteaters) as the 13th seed.

UC Irvine did defeat the 4th seed, Kansas, in the first round but was defeated by the 12 seed, Oregon, in the second round. Though Doc was unable to watch Spencer's NCAA tournament performances due to his coaching schedule, he always supports his kids at their games when he can.

On watching his kids play, he said, "I have fun. I don't go there to coach them. I go to support them, be a fan, and cheer and yell. I act just like a fan would act." Spencer now works under his father as the Skills Development coach for the 76ers.

Next in line for the Rivers kids is Callie Rivers, er, Curry, Doc Rivers' daughter. While Callie may not have been bitten by the basketball bug, she was a collegiate volleyball player at the University of Florida.

So, we've talked about Doc's immediate family, but there are still some very notable names in the NBA who are connected to the Rivers family tree. Doc's only daughter, Callie, is married to Brooklyn Nets guard, Seth Curry. Seth has bounced around quite a bit during his NBA career, but most significantly to this, he last played for the Sixers. Yes, he played for his father-in-law and was traded by his father-in-law. If you thought a playoff matchup would be awkward between the two, imagine what Thanksgiving Dinner is like.

Seth's brother is a sorta-kinda prominent figure in the NBA. I don't know if you've heard of him but his name is Steph Curry. Yes, the Steph Curry -- two-time MVP, three-time NBA champion, arguably the best shooter of all time, star of CarMax and Subway commercials -- Steph Curry. Seth and Steph are both absolutely incredible shooters. In fact, Seth is slightly edging his brother out at shooting percentage from three this season, shooting an impressive 42.5% from beyond the arc in comparison to his brother's 38%. The literal "splash brothers".

The Curry brothers' father is another prolific shooter, Dell Stephen Curry. He was picked 15th overall in the 1986 draft by the Utah Jazz. He played in the league from 1986 to 2002, meaning he played at the same time as his daughter-in-law's father, Doc Rivers.

If we really want to examine every branch of this family tree, we can add in Dell Curry's daughter, Sydel Curry-Lee. Sydel was an athlete, like much of her family, and played volleyball at Elon University. Sydel is married to NBA player, Damion Lee, who plays for the Golden State Warriors and is a teammate of her brother, Steph.

The Rivers family tree brings new meaning to the phrase "It runs in the family", don't you think? I'm sure in 20 years, we'll see some of the now-babies of this clan extending this family tree's prominence in the NBA even further.