Dwyane Wade Supports Son Growing “Into Who She Now” Is 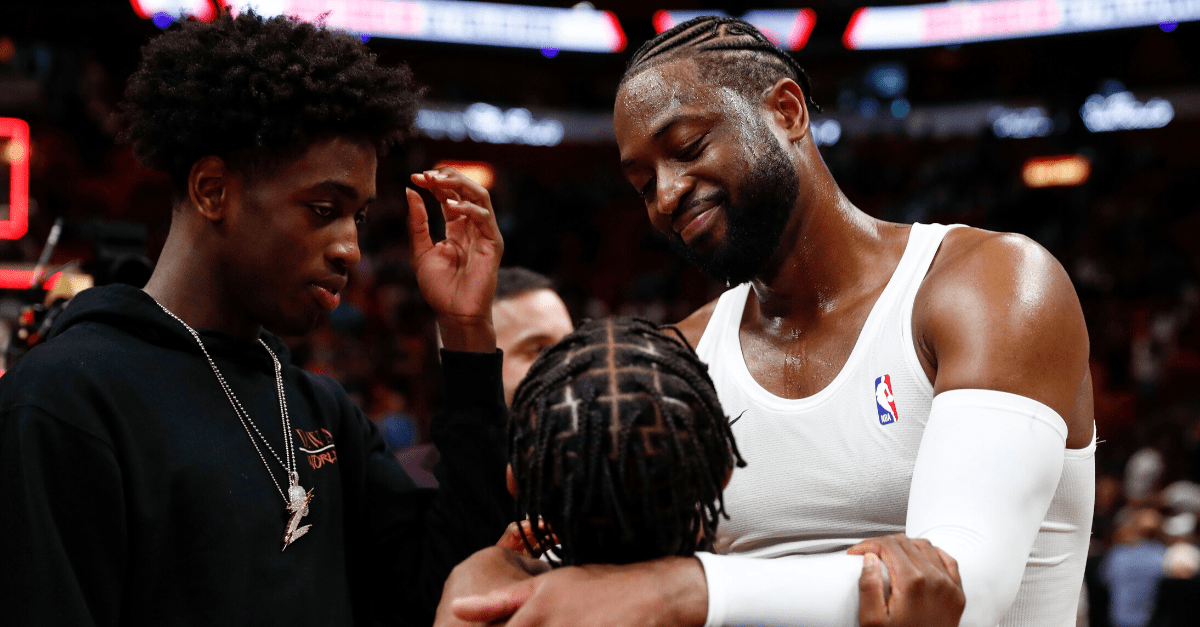 Dwyane Wade is many things. Most notably, he was a three-time NBA champion with the Miami Heat. “Flash” was named NBA Finals MVP in 2006 with help from Shaquille O’Neal, then nabbed back-to-back titles alongside LeBron James and Chris Bosh. The 13-time All-Star was named All-NBA eight times during his Hall-of-Fame career and won Olympic gold as the leading scorer on the “Redeem Team.”

For obvious reasons, Wade’s legacy as an iconic NBA figure won’t be forgotten. But now, Wade is taking on an even more important role post-retirement as a husband and father.

During his conversation on Showtime’s All the Smoke podcast, Wade talked about his role as a father with former NBA players and co-hosts Matt Barnes and Stephen Jackson. Most notably, Wade opened up about raising 12-year-old son Zion Malachi Airamis, and the challenges of raising a child who identifies in the LGBTQ+ community.

My son Zion has a short list of ppl who are his favorite ppl in the world and @iisuperwomanii is very high on that list. Thank you for being so gracious to my son. #coolerdadnow

Wade credits wife Gabrielle Union for giving him “different lenses to look through.” The former NBA star talked about his growth as a father and becoming a vocal supporter for his family and the LGBTQ+ community as a whole.

“I watched my son, from day one, become into who she now eventually come into.”

Dwyane Wade: “All the Smoke” Podcast

An Instagram photo of the family on Thanksgiving this year brought a wave of hate on social media because Zion had painted nails and wore a crop top in the photo.

“I’ve seen some post-thanksgiving hate on social about my family photo,” Wade said in a tweet at the time. “Stupidity is apart of this world we live in?so I get it. But here’s the thing ? I’ve been chosen to lead my family not y’all. So we will continue to be us and support each other with pride, love & a smile!”

“You know, whatever [my kids] want to do, it’s my job to support you and make sure that you have all the tools you need to be as happy as you can be in this world while you?re doing it. While you?re growing into the person you are, that you’re going to grow into. So, they’re not different, they’re normal. The ones that don’t understand it are the ones that are different.”

? Dwyane Wade, via All the Smoke podcast

Wade fathered two sons ? Zaire and Zion ? in a previous relationship with high school girlfriend Siohvaughn Funches, but he was awarded custody of the boys in 2011 after a long court battle. Wade also is the father of a third boy, Xavier, who he had with Aja Metoyer in 2013 while split from actress Gabrielle Union. The couple then married in 2013 and share daughter Kaavia James, who was born via a surrogate last year.

According to Wade’s personal website, he was appointed to President Barack Obama?s Fatherhood & Mentoring Initiative in 2011. The national parenting program was “geared towards encouraging fathers to become more involved in the lives of their children.”

Basketball accolades are one thing. Being an incredible father, family man and role model is completely different, and truthfully, Wade seems to be succeeding even more in his new role than he did with a ball in his hands.