Michael Jordan’s Untold Story With Bulls Will Be Released Early 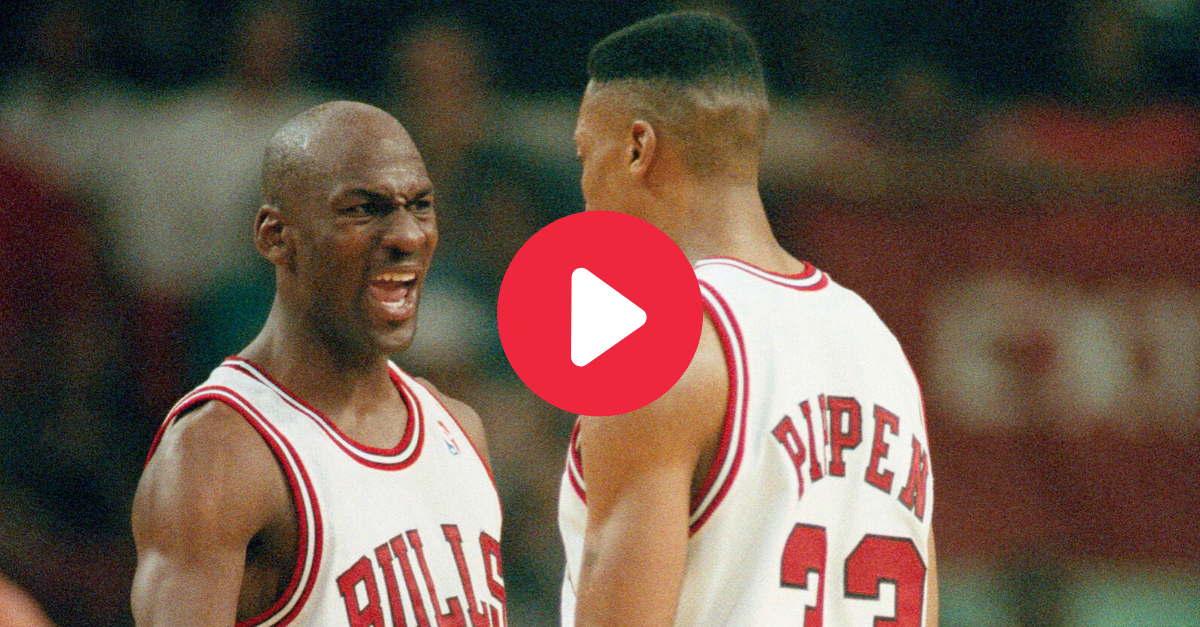 More often than not, basketball fans love to debate. Could Los Angeles Lakers superstar LeBron James actually be better than Michael Jordan? Are the 2010s Golden State Warriors a better team than the late 1990s Chicago Bulls? These are impossible questions to answer, but luckily there is now one thing everyone can agree upon.

If you watched the NBA on Christmas Day in 2018, you know exactly what this is about. For those who didn?t, ESPN teased the sports world with a 60-second teaser of ?The Last Dance,? a 10-part documentary series on Michael Jordan and the Bulls from the 1997-98 championship season.

It?s beyond amazing and this ESPN Films 30 for 30 is already in the running for the greatest sports documentary ever. That?s not debatable.

"The Last Dance," a 10-part series on Michael Jordan and the Chicago Bulls is coming to ESPN in 2020 pic.twitter.com/TUiV3CODnK

With NBA All-Stars Michael Jordan and Scottie Pippen, the controversy of Dennis Rodman, the leadership of head coach Phil Jackson and other key players such as Ron Harper, Steve Kerr, Toni Kukoc and Luc Longley, the 1990s Bulls were a cultural phenomenon. It was the final chapter to one of the most successful dynasties in sports history.

Directed by Jason Hehir, who also is famous for his work on the 30 for 30 project ?The ?85 Bears? and WWE superstar documentary ?Andre the Giant? on HBO, this docu-series will feature exclusive footage from the sixth and final Bulls championship of the MJ era and what happened to the team after the NBA Finals against the Utah Jazz.

Here are some dynamite quotes from the teaser of the final season:

?I am cursed with this mentality of competitiveness.? ? Michael Jordan

?Competition was an addiction.? ? Phil Jackson

?Everyday was a battle.? ? Steve Kerr

?No matter what we did, it seemed like it was a story.? ? Steve Kerr

?Scottie was being selfish.? ? Scottie Pippen

?We were the greatest team ever.? ? Scottie Pippen

?I?m going to ridicule you until you get on the same level with me.? ? Michael Jordan

?My mentality was to go out and win? at any cost.? ? Michael Jordan

Then, on Christmas Eve in 2019, ESPN dropped a new trailer.

The 10-part series featuring some of basketball?s greatest icons and all-access footage was set to debut on ESPN/ABC in June 2020 and on Netflix later in the fall.

After watching the preview, it will absolutely be worth the wait. It’s coming soon, but maybe not soon enough.

Bad news. Doesn't look like ESPN will move up release of 'The Last Dance' Michael Jordan Bulls doc: 'The reality is that the production of that film has not yet been completed, so we are limited there at the moment. Obviously, you can’t air it until it’s done,' says Burke Magnus.

Due to the coronavirus pandemic, including the positive test of Brooklyn Nets star Kevin Durant, the NBA is in hiatus. We all need something new to watch. A documentary about the Chicago Bulls dynasty and their final championship run is the perfect fix, but it didn’t seem likely, according to Front Row Sports‘ Michael McCarthy.

Recently, ESPN changed the “Coming in June” to “Coming Soon” and giving fans hope it would be released early.

ESPN has changed their release date for the Michael Jordan 10-part documentary called "The Last Dance" from June 2nd to "coming soon" pic.twitter.com/VTYUUdpwNA

Life in quarantine just got a glimmer of hope. Instead of releasing “The Last Dance” documentary in June, ESPN announced the first two episodes will premiere on Sunday, April 19 at 9 p.m. EST.

It’s about to get real.

The premiere of “The Last Dance,” the 10-part documentary series on Michael Jordan and the Chicago Bulls’ quest for a sixth NBA Championship in 1998, will air on ESPN in the U.S. on Sunday nights over five weeks from April 19 through May 17. Here’s the complete schedule: pic.twitter.com/iUSep2qHae

Thank you, ESPN. This is exactly what the doctor ordered.

This post was originally published on December 26, 2018, but updates will continue until it is finally released.

MORE: Michael Jordan?s Net Worth Reminds Us That He?s Still the Greatest