J.R. Smith Could Be Lakers’ X-Factor for Deep Playoff Run 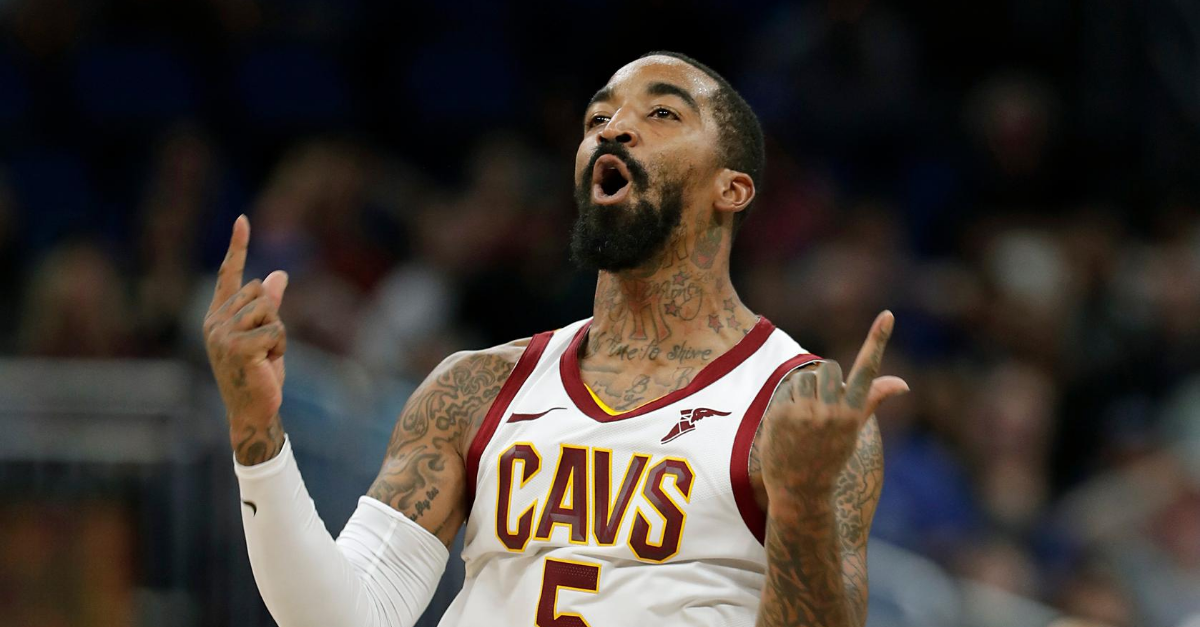 J.R. Smith last played an official NBA game for the Cleveland Cavaliers on November 19, 2018. He scored two points in six minutes of action in a 113-102 loss to the Detroit Pistons. A day later, the Cavs split ways with the veteran guard.

Smith earned his keep in Cleveland. He was a perennial starter since joining the team in the middle of the 2014-15 season. He averaged 11.5 points per game and shot 43% from three beyond the arc during the 2016 title run. What happened?

The departure of LeBron James to the Los Angeles Lakers certainly wasn’t unexpected, and the free agency signing reset the Cavs. They were left with a shell of players fit to complement James. Smith was a remnant of that structure. It wasn’t surprising he was frustrated with a reduced role the following season as the franchise struggled to find a direction in the second post-LeBron era; a dilemma they’re still battling today.

The 18th overall pick in the 2004 draft by the New Orleans Hornets is getting another chance under unprecedented circumstances. He’s shopping for rings alongside his buddy LeBron again.

The Lakers are expected to sign free agent J.R. Smith, per @TheSteinLine. pic.twitter.com/VuzsjadyKk

The coronavirus pandemic put NBA players in an odd position. The season stopped on a dime and uncertainty clouded the league for nearly three months. In early June, NBA commissioner Adam Silver announced a late July reboot. Players had to contemplate whether the risk of this unknown virus was worth it, even if it meant forgoing a shot at a championship.

Lakers guard Avery Bradley, whose 24.2 minutes per game was sixth on the team, decided it wasn’t in favor of protecting his six-year-old son, who has a history of respiratory illness. Los Angeles needed another guard, and LeBron knew just who to call.

The Lakers signed the 34-year-old Smith to fill the vacant roster spot on July 1, 2020. He brings shooting, defense, experience, and familiarity with James in the postseason. Smith and James are accustomed to high-pressure situations after reaching four consecutive NBA Finals together from 2015-18 in Cleveland. Fortunately, they’ll avoid the Golden State Warriors this go around.

Kentavious Caldwell-Pope and Alex Caruso are poised to take a majority of Bradley’s playing time, but with the injury of Rajon Rondo, backcourt minutes are open. Smith and Dion Waiters, who joined the team in March but didn’t play before COVID-19 took effect, have the chance to contribute. For Smith, that means slinging threes and playing hard-nosed perimeter defense. He should have plenty of long-range scoring opportunities playing with James and Anthony Davis.

As the NBA restart kicks off in Orlando, Florida, the Lakers sit on top of the Western Conference and won’t settle for anything less than a trip to the Finals (pretend this is in script). That’s where Smith comes in handy. The former Denver Nuggets and New York Knicks player is ninth in league history with 288 career-playoffs three-pointers made ? shooting a mark of 37 percent ? and fourth all-time in NBA Finals 3-pointers made.

The unpredictability of the NBA bubble adds an unknown wrinkle to the game. J.R. Smith adds an exuberance of his own. Under the guidance of head coach Frank Vogel and the leadership of LeBron James, the Lakers accomplished what they could to modify their roster. All they can do now is play.