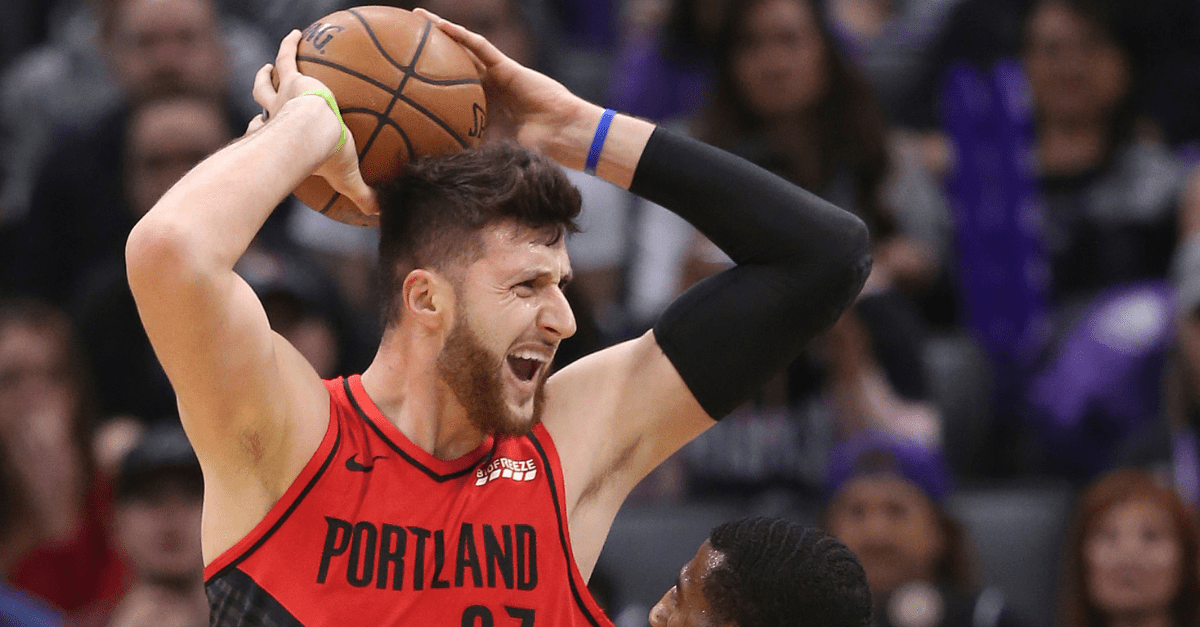 When you put the Portland Trail Blazers and NBA history in the same sentence, most everyone will think superstar point guard Damian Lillard did it. Maybe shooting guard CJ McCollum. Perhaps even Hall of Famer Clyde Drexler. But Jusuf Nurkic? No way, right? Well, it happened.

On a night when both Lillard and McCollum didn?t shoot the ball well, the 7-footer from Tuzla, Bosnia and Herzegovina dominated the Sacramento Kings in a way no other player ever has to help his squad pick up a 113-108 overtime victory at the Golden 1 Center.

It was the first game since the NBA first recorded steals and blocks back in 1973.

It might be even crazier that he did it on just 10 shots, too.

Whether it was swatting away shots, running the floor for transition dunks or flashing his skill set from the high post, Nurkic made his presence known all game and has become a solid NBA big man since he was drafted No. 16 overall by the Chicago Bulls and traded to the Denver Nuggets in the 2014 NBA Draft.

It?s safe to say the trade to the Trail Blazers two years ago has worked out well, and this performance and overtime win proves it.

And with stat lines like what he posted Tuesday night, Nurkic is making sure his name remains in the NBA All-Star Game conversation.