Las Vegas had long been in the mix when talking pro sports expansion. And in a span of five years, the decision to move teams to Sin City has paid off. Vegas has proven itself as a faithful local fanbase, but the city attracting roughly 40 million visitors each year was the selling point. Your team's playing in Las Vegas? Might as well make a trip of it -- an obstacle that can be a detriment as visiting fans can outnumber home fans, something the Las Vegas Raiders have acknowledged.

All that said, it's clear pro sports work in the desert. When talking NBA expansion, however, the most common city thrown out there is Seattle for obvious reasons. But don't be surprised if the next team NBA Commissioner Adam Silver sets up is in Las Vegas, Nevada. 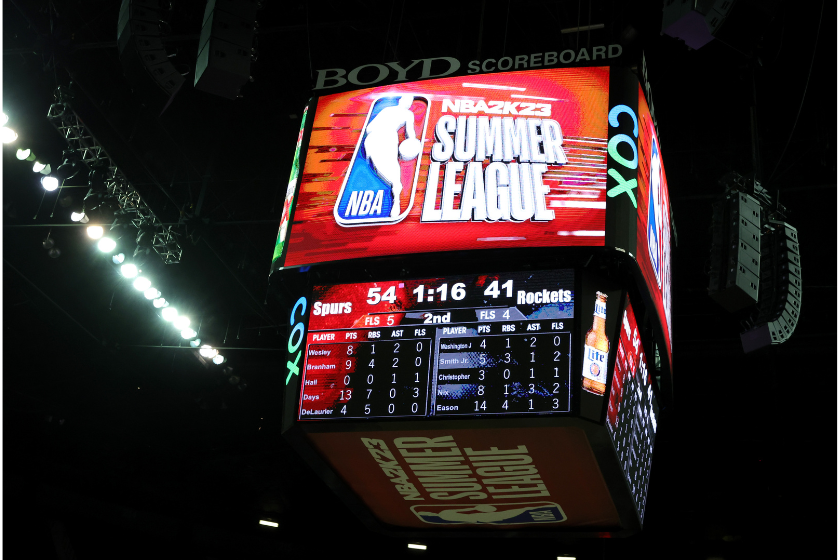 RELATED: 10 Possible NBA Expansion Cities that Make the Most Sense

Of course, the NBA already has one foot on the ground in Vegas with the NBA Summer League. For a two-week period each July, the league is headquartered out of the desert with all eyes on the highly-touted picks from the latest NBA Draft. Most games are played at T-Mobile Arena, right off the Las Vegas Strip, a world-class venue that hosts the NHL's Golden Knights. T-Mobile Arena also hosts preseason games and the WNBA's Las Vegas Aces.

There's already a relationship, there's an arena capable of hosting NBA games, there are other pro sports succeeding. All the necessary ingredients, right? Silver thinks so.

"[Seattle and Las Vegas] are wonderful markets," Silver said last June. "We were in Seattle. I'm sorry we are no longer there. We have a WNBA team in Seattle in an almost brand-new building that's doing spectacular. And Las Vegas, where we will be at our summer league in July, has shown itself to be a great sports market as well."

Now, if the league were to expand, which Silver said isn't a top priority at the moment, it's likely Seattle, and Las Vegas, would get teams simultaneously and the conferences would be reshuffled. (The Minnesota Timberwolves and Memphis Grizzlies moving from the Western Conference to the East would make sense geographically.) But Silver went on to say the argument against expansion is that talent would be even more diluted and revenue-sharing would take a hit going from 30 teams to 32 teams. However, more serious expansion talks could begin when the current Collective Bargaining Agreement (CBA) expires after the 2023-24 season.

If adding more franchises were to gain traction, it's a safe bet that Seattle and Las Vegas would get teams. And Vegas will likely get priority because the one and only LeBron James has expressed interest in bringing an NBA franchise to Nevada.

LeBron's Desire to Bring an NBA Team to Las Vegas 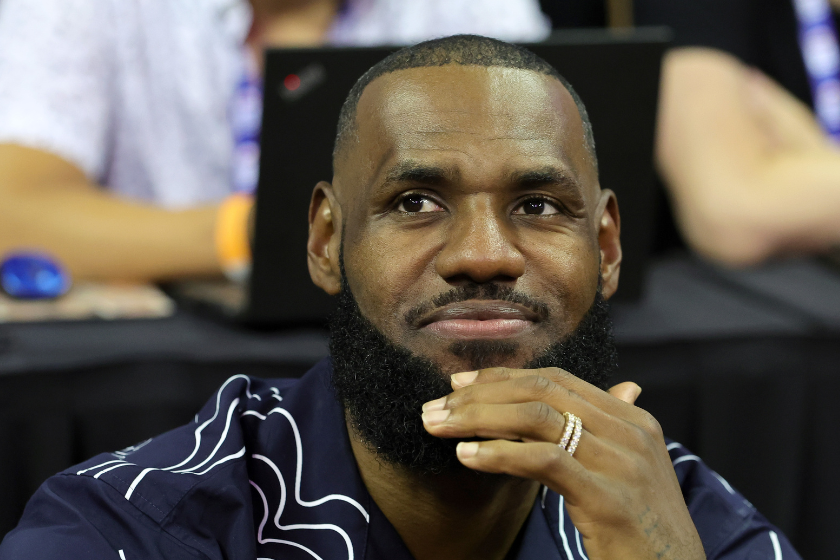 The Los Angeles Lakers superstar stated his intent to bring an NBA team to Las Vegas on an episode of his show "The Shop" in June.

James already has franchise owner on his resume as he has stakes in Liverpool FC and the Boston Red Sox. However, he said owning an NBA team is the ultimate goal. Looking at his business acumen that's helped him accumulate a net worth of $1 billion, and his humongous influence, it wouldn't be the least bit surprising if LeBron was the one to spearhead expansion to Sin City. NBA reporter Ric Bucer reported LeBron is in great position to do so.

"LeBron James apparently is in the pole position, to be the owner of the Las Vegas expansion franchise," Bucer said on an episode of his podcast in August. "When Las Vegas and Seattle which I'm told is going to happen as soon as the next TV deals are in place, that those franchises are going to be added to the equation, which has a whole lot of repercussions including the timing of when LeBron decides to step aside and become an owner, rather than a player."

The last sentence is key. LeBron is a calculated guy, and he's already stated he wants to play his final season with his son Bronny. The 2023-2024 season would be Bronny's first season out of high school, meaning the earliest we'll see him in the NBA is the 2024-2025 season, which happens to be the first year of the new CBA. The current CBA prohibits active players from having an ownership stake, but this is LeBron. The new CBA could have some wording where he'll play the one year with Bronny and become a governor as soon as he retires. It's not like a new franchise will pop up overnight, either. They'd wait until at least a year after the new CBA is in effect.

Sure, Seattle has an illustrious history as the beloved home of the Seattle SuperSonics, but Las Vegas is quickly establishing itself as the hottest sports market in the country. It would immediately become a free agent destination along with Los Angeles, Miami and New York, too. It's not a matter of if, it's a matter of when.

MORE: The 12 Tallest NBA Players in History Don't Just Block Shots, They Block Out the Sun