Every sport has its teams where superstars (in many cases over-the-hill ones) come together to try to form a superteam and chase a title. Whether it's the MLB, NFL, or NHL, it's actually a lot more common than you'd think. But the NBA might be the most interesting of them, because it tends to work far more there than it does anywhere else. After all, the NBA Championship is usually won by the team with the best players, and when a bunch of future Hall of Fame guys get together during the offseason (or through a midseason trade), it usually leads to good things, right? Well...sometimes. Some of these teams did meet with success, but some of them bombed out memorably, despite the fact they'd won titles prior to teaming up.

We're not talking about former stars who signed onto a successful team late in their careers in the hopes of finally snagging that elusive championship ring -- that's another thing entirely. That's also a strategy that has worked for a bunch of guys (Gary Payton, David West, Mitch Richmond, Sam Cassell, Juwan Howard, even Kevin Willis), but again: that's not what we're going for here. What we're going for here is specifically superteams, whether they worked out or not. Ring chasing does work sometimes, but when it doesn't, the results are a memorable, often catastrophic tire fire and opposing fans frequently take outsized glee in these squads' failures. Here are some of the most memorable ring chaser teams in NBA history. 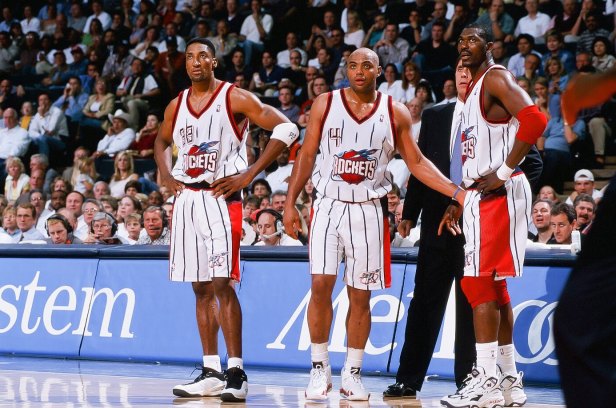 Related: The 18 Best NBA Players To Never Win A Title

This one actually had two incarnations. Charles Barkley joined the Houston Rockets for the 1996-97 season, only two years removed from the team winning two titles (thanks to Michael Jordan's baseball sabbatical and the Chicago Bulls temporarily receding as the league's dominant team). But while Hakeem Olajuwon had won a title basically by himself in '94 and with the help of Clyde Drexler a year later, this version never quite gelled. They made the Western Conference Finals in 1997...then didn't come close thereafter. Barkley wasn't a great fit alongside Hakeem and Clyde, and all of them were over the hill. Then Drexler retired and was replaced by free agent signing Scottie Pippen...and that didn't work any better. Poor Charles might be the best player to ever not win a single ring. 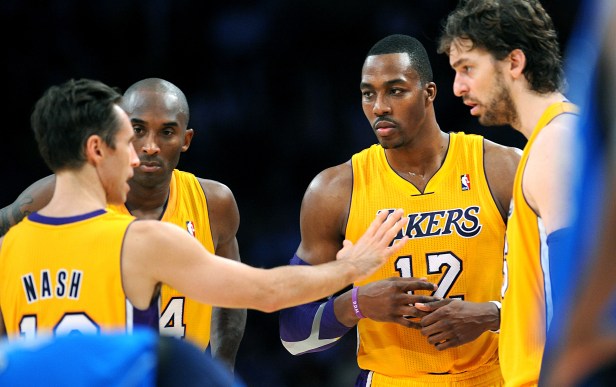 Steve Nash has to be the best point guard to never win a ring (although if Chris Paul doesn't get one, he'll take over that title). The Lakers were only three years removed from two straight NBA titles (and three straight Finals appearances) with Bryant and Gasol when they got Howard in a trade and Nash in a sign-and-trade (basically, spicy free agency), and it looked like they were going to dominate. But Howard had lost a step (despite being an All-Star this year) and Nash had lost an entire staircase, and this one flamed out hard: the eventual Western Conference Champion San Antonio Spurs ran them out in the first round, sweeping them convincingly. 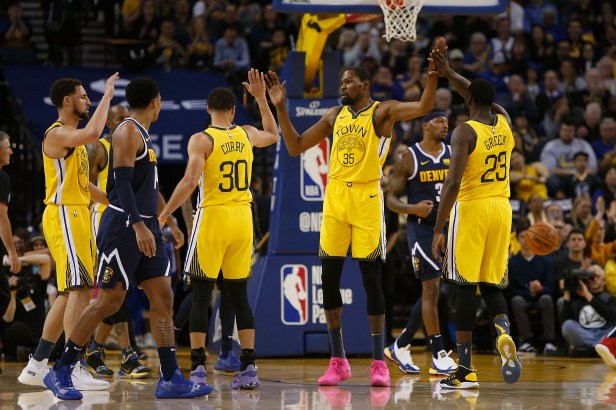 The Golden State Warriors had just won a title in 2015, then set the NBA single-season record for wins with 73 in 2016, before becoming the first team to blow a 3-1 series lead in the NBA Finals to Cleveland. Their answer was to reload by signing the best player in basketball, Kevin Durant. It's an understatement to say this one worked out: they immediately stomped all over the entire league, winning two straight titles and they would've won another if Durant and Thompson hadn't both suffered catastrophic injuries in the Finals. Never has ring chasing worked as well as this one. 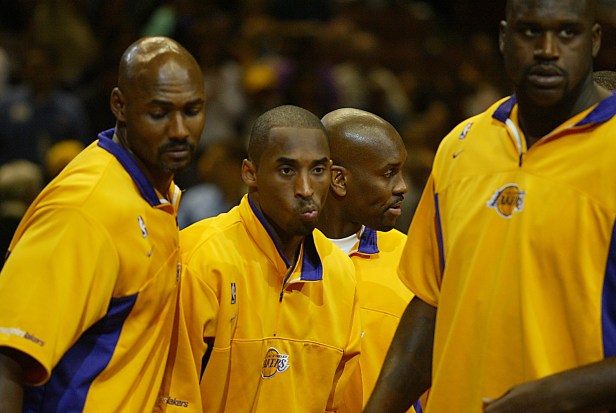 The early 2000s Los Angeles Lakers are a case study in how a championship contender that should've won something like eight straight titles only won three due to ego. The Lakers won three titles from 2000-2002, got trash-canned by the Spurs in 2003 after Shaq and Kobe stopped getting along, then reloaded with two future Hall of Famers in 2004 in Karl Malone and Gary Payton. They made the Finals against the Detroit Pistons, and probably would've won...except the seemingly-invulnerable Malone, who had never missed more than two games in a season in his entire 18-year career to that point, suffered a knee injury that caused him to miss the season, then re-aggravated it in the championship round.

Sometimes, it feels very good to watch a superteam fail, and there's probably not a better example than the 2021 Brooklyn Nets. This team was loaded with maybe the greatest collection of pure scorers the league had ever seen...except two of them, Harden and Irving, didn't know how to play defense and didn't seem interested in learning. It still might've worked, except both Irving and Harden got hurt in the playoffs, and Durant had to carry the team by himself, and he still almost did it, coming with a hair's breadth of beating the eventual champion Milwaukee Bucks in seven games. Barely a year later, they dealt Harden to Philly for Ben Simmons, who failed to appear in a game for them during the 2022 NBA Playoffs.

In the 2022 Offseason, Kyrie Irving announced he was opting into his player option and wanted to finish the job he came to Brooklyn to complete. Upon hearing that news, Kevin Durant's agent let the Nets know that he wanted to be traded out of Brooklyn, ending the hopes of this core winning an NBA Title. 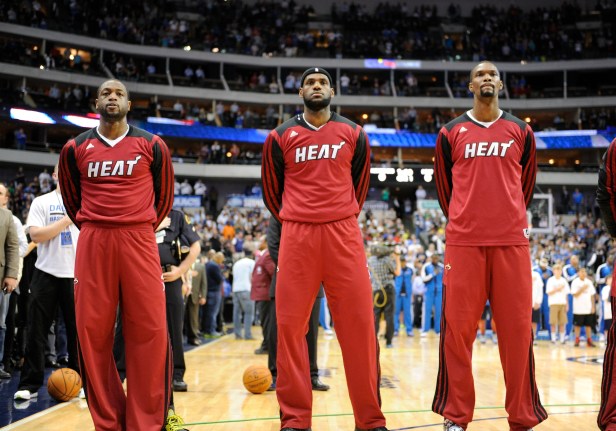 This is probably the single one of these that worked out the best other than the Warriors. The Bron-Wade-Bosh Miami Heat made four straight NBA Finals immediately, winning two and coming agonizingly close to another two. This one was kicked off in frankly ignominious fashion: LeBron's televised "The Decision" special where he declared he would be "taking my talents to South Beach" was widely panned and hurt his historical reputation. 'Bron had the last laugh, though, finally silencing the doubters who said he choked in big moments. 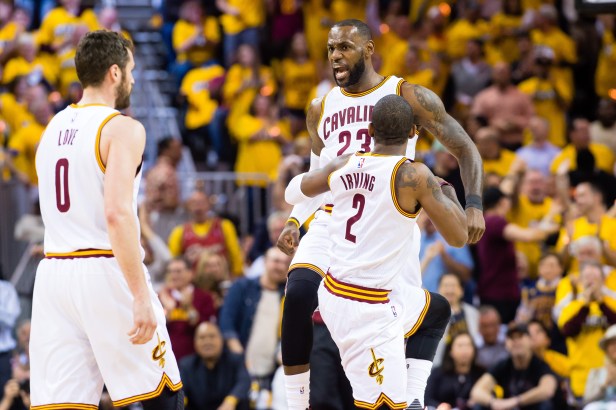 Related: The Golden State Warriors Blew a 3-1 Lead and It Cost Them The Greatest Season in NBA History

People forget that LeBron just kept doing this, and it kept working out for him. Cleveland immediately made four straight NBA Finals after 'Bron signed with them and orchestrated a trade for Love, winning one in dramatic fashion (their legendary 3-1 comeback against the seemingly unbeatable Warriors). If Irving and Love hadn't gotten hurt two of these years, they might've won another. Still, when you win the first title for the city of Cleveland in half a century, you can't exactly call it a failure. 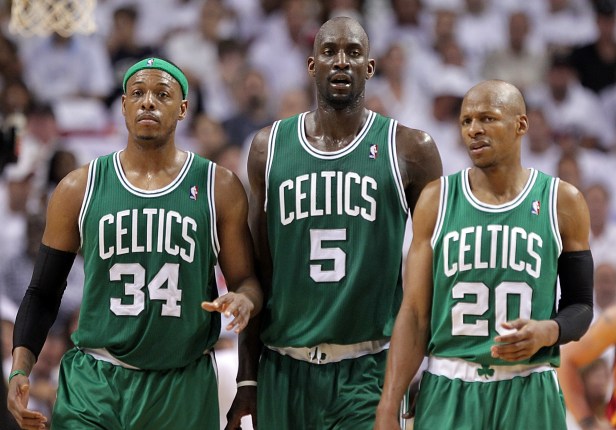 Related: The Boston Celtics All-Time Starting 5 Has More Rings Than a Jewelry Store

None of these were free agency acquisitions, so it's questionable whether this one counts...but I kind of feel like it does. Paul Pierce had labored solo in Boston for virtually his entire career; the closest thing to a fellow star he'd ever had was Antoine Walker, who was afflicted with a tragic case of Being Antoine Walker. His best teammate on the 2006-07 Boston Celtics team which didn't even make the playoffs was Al Jefferson, who averaged 16 points per game. Then the Celts got both Allen and Garnett in trades with Seattle and Minnesota, immediately reshaping the team's culture and winning the Celtics' first title since 1986. The team contended for several more years until Father Time caught up with all of the team's stars. I would say this one worked out pretty well, though! 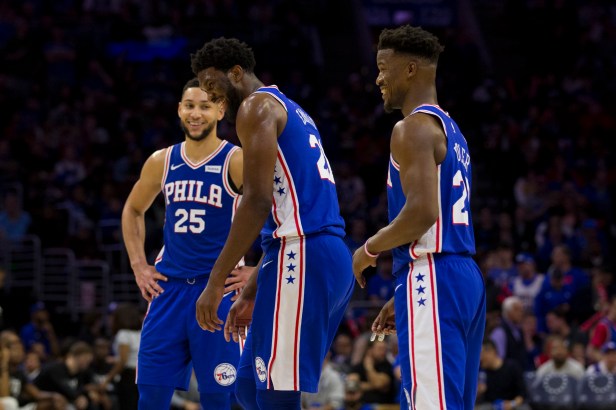 Related: A Timeline of "The Process": How the Philadelphia 76ers Redefined Team Building in the NBA

Never has a team that looked more like a mortal lock for a title failed more inexplicably than this one. Sure, they lost to a good team in the 2019 Eastern Conference Semifinals (the eventual champion Toronto Raptors), but this team was loaded. In addition to that top three, they also had Tobias Harris, J.J. Redick, Robert Covington. Top to bottom, this might be the most talented team to fail to win a title other than maybe the '93 Phoenix Suns (Barkley again). But Kawhi Leonard hit one of the most improbable buzzer beaters in NBA history, Butler left after the season, and that was that for this team. 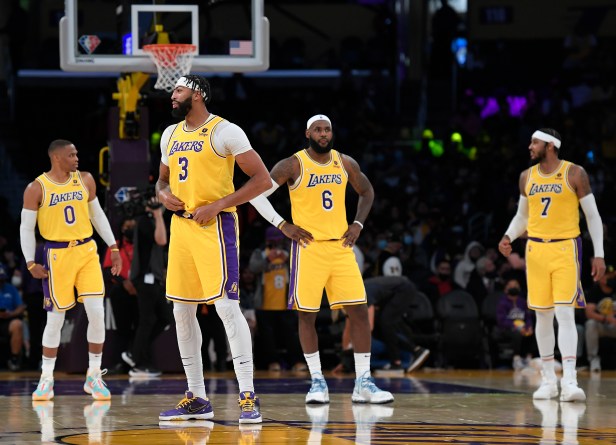 'Bron has orchestrated moves to new franchises three times in his career, and each time it has worked out; the guy knows how to pick them. In this case, it worked out immediately: the Lakers won the title in the pandemic-shortened 2020 season. Their efforts to chase rings since by loading up with new superstars, uh...haven't worked out as well. In part thanks to injuries and in part thanks to acquiring guys who actively hurt them on the court (hi, Russell Westbrook), they didn't even make the playoffs in 2022. Westbrook's acquisition was the canary in the coal mine: everyone other than the 2022 Lakers themselves seemed to know this was going to end badly. 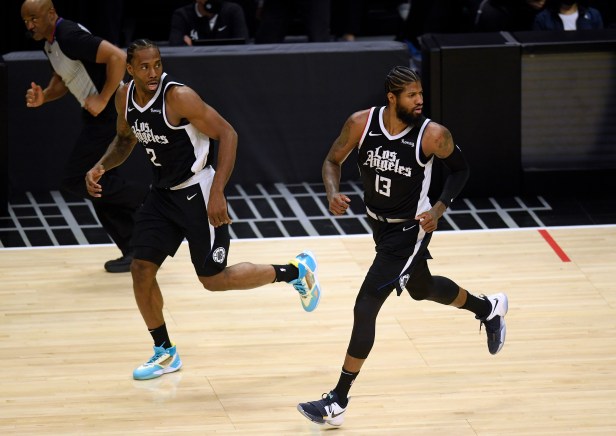 This is kind of an odd one because you usually need a third star,  but given how it came together, I think it qualifies. Kawhi Leonard was coming off an NBA Finals MVP with the Toronto Raptors in 2019 when he signed with the Clippers, then orchestrated a trade to bring George in from the Oklahoma City Thunder. Though their first year didn't go great, their second season looked like it was going to pay off...until the rarely-healthy Leonard suffered an injury in the second round of the playoffs. I'm not going to pretend I didn't delight in this one not working out: Kawhi's weird robot personality has always grated on me.

MORE: The 11 NBA Teams Without a Championship, From Oldest to Youngest