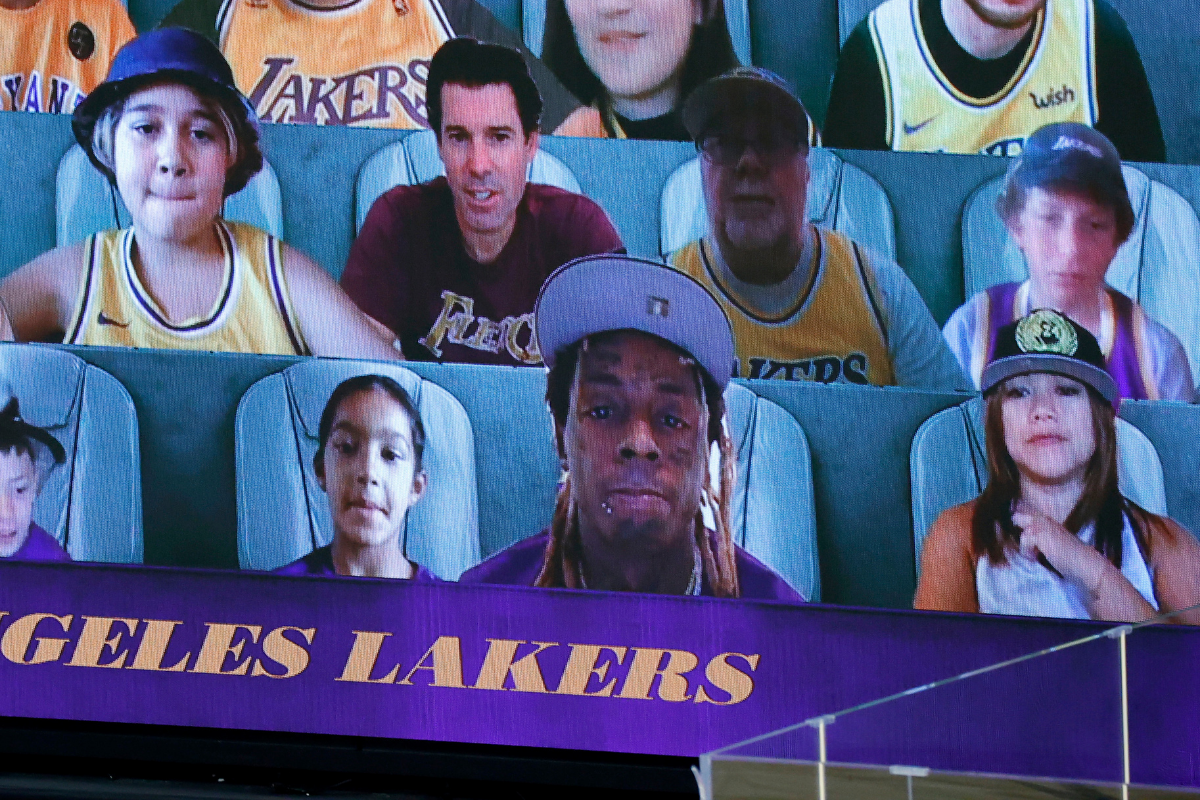 Adam Silver found a way to involve fans in the Orlando bubble without running the risk of spreading COVID-19. Behind the team benches are virtual seats on 17-foot tall LED screens, where NBA fans can sit courtside from the comfort of their homes.

Basketball is back! 🏀 We're proud to partner with the @NBA to bring the virtual fan experience to life with Together mode.

The NBA partnered with Microsoft Teams to make this all possible through their new “Together Mode”. All fans need is a computer or device capable of running the Microsoft Teams App. Each game’s home team is given seat priority.

Signups differ around the league. The Indiana Pacers and New Orleans Pelicans had forms on their sites, while the Boston Celtics gave precedent to season ticket holders in addition to friends and families of players. Registration is subject to change during the NBA Playoffs.

?It lets the players see engagement at home and is another element to bring the community closer together,? Sara Zuckert, the NBA’s Head of NextGen Telecasts, said.

Michelob Ultra, the official beer sponsor of the league, is also running ticket giveaways through social media and a commercial featuring Scottie Pippen.

Rules for Being NBA Virtual Fan

Wanna be a virtual fan in the #ULTRACourtside during the next @NBA game? Follow us for the chance to win every Tuesday! pic.twitter.com/uYFJiUhOxD

Once chosen, fans will receive a Microsoft Teams username and password over email. A meeting invitation is then accessible on your calendar. You’re expected to log on to the game feed 30 minutes prior to tipoff.

Fans are required to follow the rules stated in the league’s acknowledgement and authorization form. Basic rules include one fan per seat and no offensive behavior or inappropriate messaging. Designated moderators hold the power to kick spectators if necessary. Audience members are expected to stay in their seats for the entire duration of the contest. If a fan is absent for a lengthy time period, their seat can be reassigned.

Paul Pierce and Deuce Tatum as virtual fans. What a time.

The NBA restart’s virtual fan section hasn’t hindered famous cameos. Chris Bosh was in the virtual stands on July 30 during the Los Angeles Lakers vs. LA Clippers game. Paul Pierce sat in front of Jayson Tatum’s son Deuce for the Celtics’ matchup against the Portland Trail Blazers on August 2.

A cigar-smoking Dirk Nowitzki cutout showed support for the Dallas Mavericks in their July 31 game against the Houston Rockets. Rapper Lil’ Wayne also made an appearance.

And of course, Shaquille O’Neal made quite a few appearances, too.

The NBA season restart was a success. It was difficult to imagine the league pulling this off when play was suspended because of the coronavirus pandemic on March 11, but they did the dang thing at Disney World with virtual fans and fake crowd noise.

Who would’ve thought we’d see NBA games with fans cheering for their favorite teams on video boards in real-time on ESPN this year? At this point, nothing is surprising.

The NBA Finals between the Los Angeles Lakers and Miami Heat is the last chance to be part of the action.

This article was originally published August 7, 2020.