Mark Cuban’s Net Worth: How the Mavericks & “Shark Tank” Made Him Billions 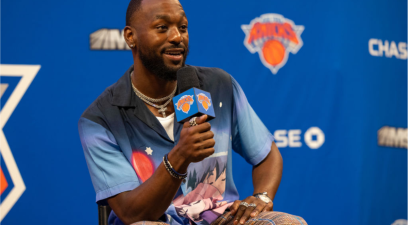 Kemba Walker’s Net Worth: NBA Star Gave Up Millions to Play at Home One of the most famous owners in sports is also known for his time on television as an investor, so it shouldn’t be shocking that someone who spends time looking for more ways to make money is worth billions of dollars.

Mark Cuban, the billionaire owner of the NBA‘s Dallas Mavericks, has been making money for decades, leading to a pretty sizable impact on his net worth that’s sure to inspire the entrepreneur in all of us.

Cuban ranks amongst the Elon Musks and Warren Buffetts of the world. He’s not as rich as the guy who founded Amazon, but Cuban still has his cigar.

Do you know who that rugby player is? Believe it or not it's @mcuban from his days at Indiana. http://t.co/RZvlseVncI pic.twitter.com/yQrw17p3PO

Cuban came a long way since growing up in Pittsburgh, Pennsylvania. His mother, Shirley, worked various odd jobs while his father, Norton Cuban, made his living as a car upholsterer. Cuban learned how to make money as a kid by selling things like stamps and coins. One of his early orders of business was to sell garbage bags to buy an expensive pair of basketball shoes.

He skipped his senior year of high school and enrolled early at the University of Pittsburgh. After one year, he transferred to Indiana University in Bloomington and graduated with a Bachelor of Science degree in management. He put that degree to work by moving to Dallas, Texas and working as a salesman at Your Business Software. He was eventually fired for closing a sale without the CEO’s knowledge.

He then took clients from his time there and started his own company, MicroSolutions. When that company took off in 1990, he sold it to CompuServe for $6 million.

Five years later, Cuban and another Indiana alumna started the company Audionet. Cuban and co-founder Todd Wagner both shared a passion for webcasting and Indiana Hoosiers basketball. Audionet would eventually become Broadcast.com in 1998. The following year, with the site making millions in revenue, they sold Broadcast.com to Yahoo in a stock-swap deal valued at over $5 billion.

The biggest investment of Mark Cuban's life was purchasing the Dallas Mavericks. In the early 2000s he bought the team for $280 million. The Mavs were considered the worst in the league at the time. Then, in 2011 – Mark's management had turned them into NBA Champions. pic.twitter.com/1gSHW9Y165

Not long after selling his Yahoo deal, Cuban joined the ranks of NBA team ownership when he paid $285 million for a majority stake from H. Ross Perot, Jr. to take over as owner of the Dallas Mavericks basketball team.

According to Forbes, the Mavericks are now worth over $2.4 billion.

?Never crossed my mind as an investment. I did it because I love basketball,? Cuban told CNBC Make It in 2019.

Since taking over as the majority owner, the Mavs franchise has completely turned around, making the NBA Finals, facing the Miami Heat twice since 2006 and bringing the 2011 NBA Championship to the American Airlines Center with Dirk Nowitzki leading the way.

Billionaire Mark Cuban has been a great businessman for decades. So his spot on the hit ABC show “Shark Tank” makes sense, as he’s busy looking for the following great product to invest his money in.

From garbage bag startups to small bitcoin businesses, it seems Cuban has seen it all in the Tank. It is ventures like these that helped him build and keep his money, investing in as many different products as possible.

He joined the ABC TV show in 2011 during its second season. According to Sharkalytics, Cuban’s invested $19.85 million during his time on the show, including a $2 million investment into Ten Thirty One Productions.

Additionally, he’s reportedly the highest-paid shark on the show. Sharktanksuccess.com claims he makes $32,488 per episode, and considering there were 25 episodes in season 12, that’s a nice chunk of change.

Cuban’s co-founded and owned numerous other businesses over the years, including 2929 Entertainment, Magnolia Pictures, Landmark Theatres, AXS TV and other various real estate projects. In 2019, he sold his shares in AXS TV and HDNet Movies.

Purchasing his Gulfstream V jet in 1993 was credited by Guinness Book of World Records as the “largest single e-commerce transaction” at the time with a price tag of $40 million.

He told Money in 2017 buying a private jet was “my all-time goal because the asset I value the most is time, and that bought me time.?

He also appeared on the 2007 season of “Dancing with the Stars” with Kym Johnson, the fifth contestants eliminated. Cuban reportedly still takes disco lessons.

Cuban and his wife, Tiffany Stewart, donated $5 million to Indiana University at Bloomington to create the Mark Cuban Center for Sports Media and Technology. He’s donated millions more to various causes over the years, including women’s causes and natural disaster relief funds nationally and in Texas.

Mark and Tiffany have two daughters together, Alexis and Alyssa, and a son named Jake who he shows off on social media often. They live in a massive Dallas mansion valued at $19 million and he also owns another $19 million beachfront California mansion that is his vacation home (how rich!).

Very few people can say they’ve been as shrewd a businessman as Cuban throughout his life. It is why Cuban’s e-book “How to Win at the Sport of Business: If I Can Do It, You Can Do It” is worth a read since he would be the guy to listen to on success. Here’s a link to his LinkedIn.

With all of his investments and ownership, it should come as no surprise that Dallas Mavericks owner Mark Cuban’s net worth is estimated at $4.4 billion in 2021, according to Forbes.

Cuban ranks in the top 200 wealthiest people in the United States, according to the Forbes 400. I think it’s safe to say buying the Dallas Mavericks back in the day paid off.

This article was originally published on April 27, 2020 but has been updated.

MORE: Jerry Jones? Net Worth: How Oil & The Cowboys Made Him Billions