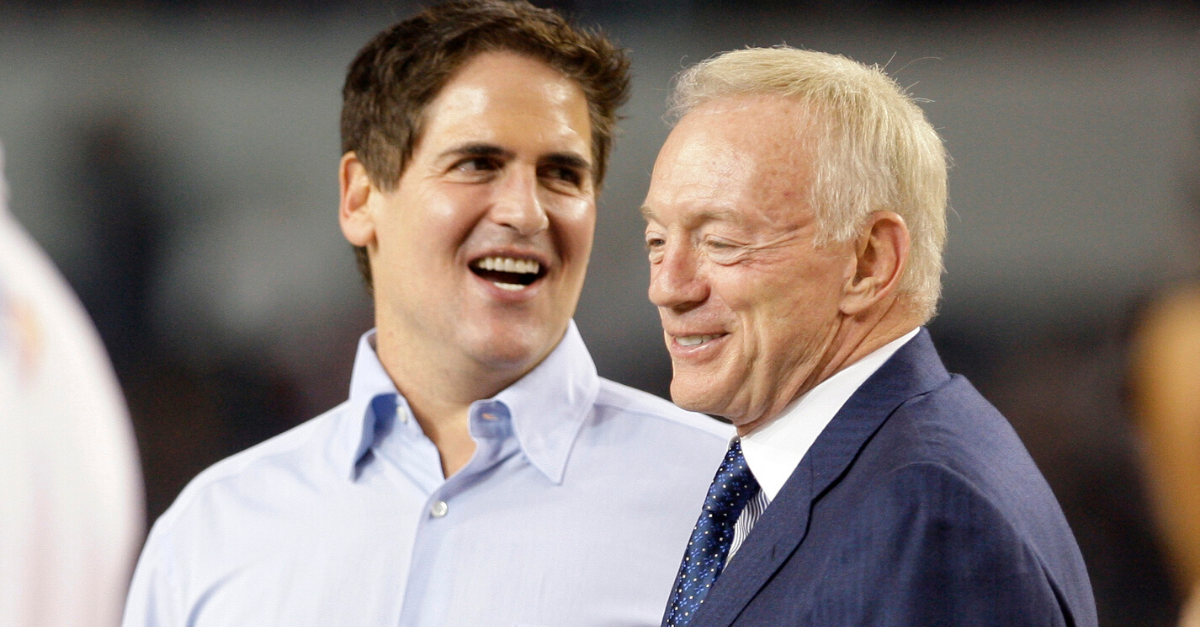 On Sunday, October 20, ten different tornadoes touched down in North Texas. As the Federal Emergency Management Agency (FEMA) prepares to assess the damage in Garland, Richardson and Dallas, estimated costs could reach $2 billion, making it the most expensive tornado event in Texas history.

Everything from infrastructure to homes and schools were damaged by tornadoes reaching speeds of up 140 mph. Thousands of students were displaced from their schools as a result, and it’s unclear when a sense of normalcy can be restored. Thankfully, faithful Texans are stepping up to rebuild the Dallas area in a big way.

“We certainly have been dismayed by the damage and destruction that has happened in our community, but without a doubt, the foundation of sports … is right here on this field, this Saturday morning. It’s here with our amateur sports, and it’s here with our youth.”

Not to be outdone, billionaire Dallas Mavericks owner Mark Cuban, who already pledged $100,000 to tornado relief efforts, tweeted that he would match Jones’ $1 million donation. The Dallas Morning News reports that Cuban’s donations will be used at Dallas ISD’s discretion.

You can quantify how much money it takes to rebuild fields, schools and building, but it’s impossible to heal a community simply with money. It takes strong men and women to stand up, become leaders, and reassure the unsettled that Texas can heal together.

Thomas Jefferson’s 1,880 students, plus Cary Middle School’s 560 students and Walnut Hill Elementary’s 400 kids are forced to finish the year in new locations because of the storms. Every penny helps, and if you are able, The Salvation Army partnered with the Cowboys to set up a disaster relief fund.

You can donate $10 to help rebuild Dallas by texting COWBOYS to 20222. More details can be found right here.

Leaders aren’t hard to find. They appear exactly when they’re needed and are never far away. Having guys like Jones and Cuban close to the Dallas, Texas community is incredible for the people who need their help the most.

“They?ll never forget Sunday night, when their school was gone,” Dallas ISD Superintendent Michael Hinojosa said. “But they’ll also never forget Saturday morning, a week later, because of the Cowboys and the Jones family and what they’ve done to help lift their spirits.”