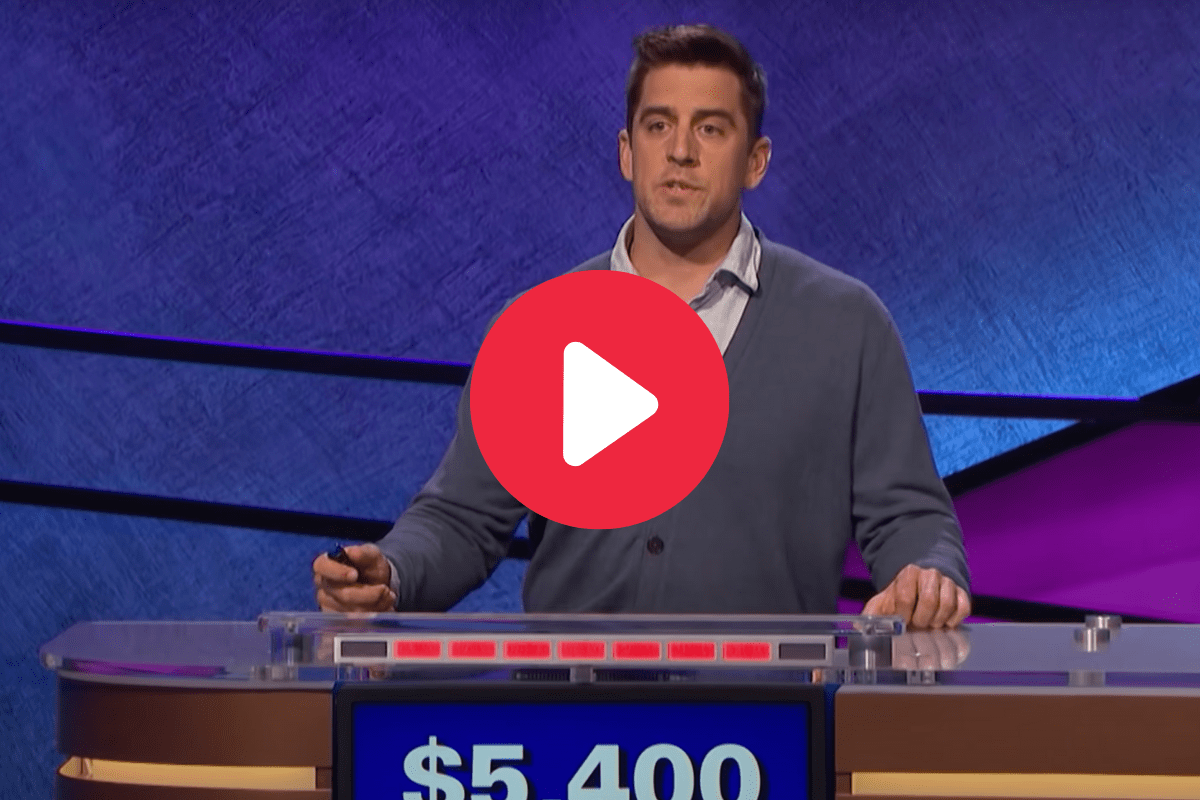 What can’t Aaron Rodgers do? The Green Bay Packers quarterback just took home his third NFL MVP award after throwing 48 touchdown passes and leading the Packers on another playoff campaign in 2020.

He’s a man of many talents, and his superstardom doesn’t end on the gridiron. The NFL star has found success in various other fields, including during television appearances.

In 2015, Rodgers was a contestant on Celebrity Jeopardy! and absolutely dominated one of the categories, impressing everyone, including host Alex Trebek.

Have a look at Rodgers sweeping up the “Leader of the Pack” category on the game show:

Aaron Rodgers was entirely unfazed by some of the difficult questions posed on the celebrity edition of the show, putting on an impressive series of answers that would make Ken Jennings proud.

The Super Bowl champ also recently revealed that he will be a guest host of Jeopardy! at some point in the future. Following the tragic passing of Trebek, Jeopardy! will have a series of interim hosts, who include Mayim Bialik, Katie Couric and Bill Whitaker, as well as Rodgers.

Rodgers described his nostalgic connection to the late Trebek and explained why coming on the show was a special moment for the star football player. Trebek showed his respect do Rodgers by impersonating his “Discount Double Check” celebration.

During the show, Rodgers was battling against Shark Tank host Kevin O’Leary and retired astronaut Mark Kelly, making for a high-stakes game.

Rodgers’ winnings were donated to the Midwest Athletes Against Childhood Cancer organization. The QB managed to raise $50,000 for the MACC fund with his performance on the show.