The sportscasting industry is dominated by some ultra-recognizable individuals, who seem to be in the booth for just about every significant sports moments.

Individuals like Fox Sports' Joe Buck, CBS Sports' Jim Nantz, Frank Gifford, Cris Collinsworth and Bob Costas have reigned supreme within the industry over the years, but who could ever forget Al Michaels?

Virtually every sports fan is familiar with the voice of Michaels. The 77-year-old has been doing play-by-play analysis for the NFL for multiple decades, including hosting the Sunday Night Football program for NBC Sports.

Michaels' commentary career hasn't resided strictly in football. Michaels has also been on the mic for some of the most memorable moments in sports, including the "Miracle on Ice" during the 1980 Winter Olympic games, resulting in his famous call: "Do you believe in miracles?"

In addition to being in the booth for one most incredible ice hockey moments in United States Olympic history, Michaels has also called play-by-play for both the 1985 and 1989 World Series. 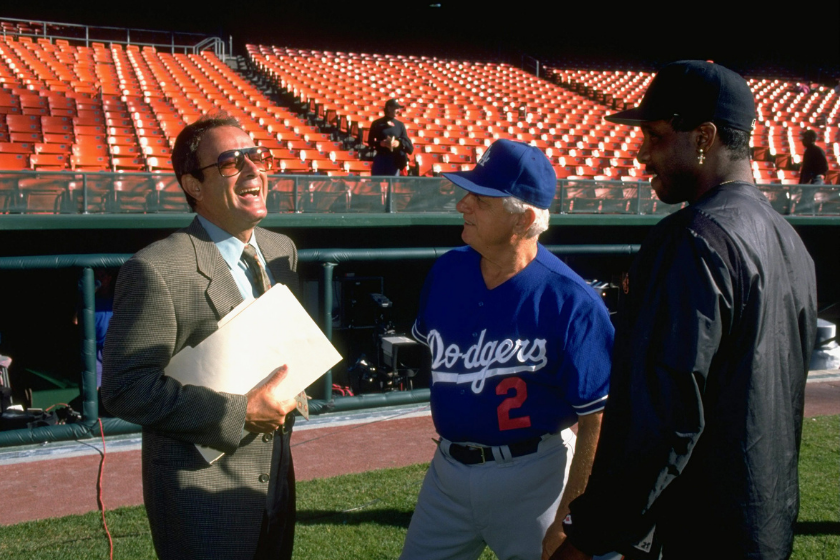 Alan Richard Michaels was born to parents Jay Leonard Michaels and Lila Roginsky in Brooklyn, New York, USA, in the year 1944. He attended Alexander Hamilton High School before going off to college.

Michaels studied radio and television with a minor in journalism at Arizona State University, and was employed as a sportswriter for the school paper. He got his first opportunity in a broadcast booth while at college, calling games for Sun Devils football, baseball and basketball.

Al Michaels married his wife Linda Anne Stamaton in 1966 and have two children, Jennifer and Steven. 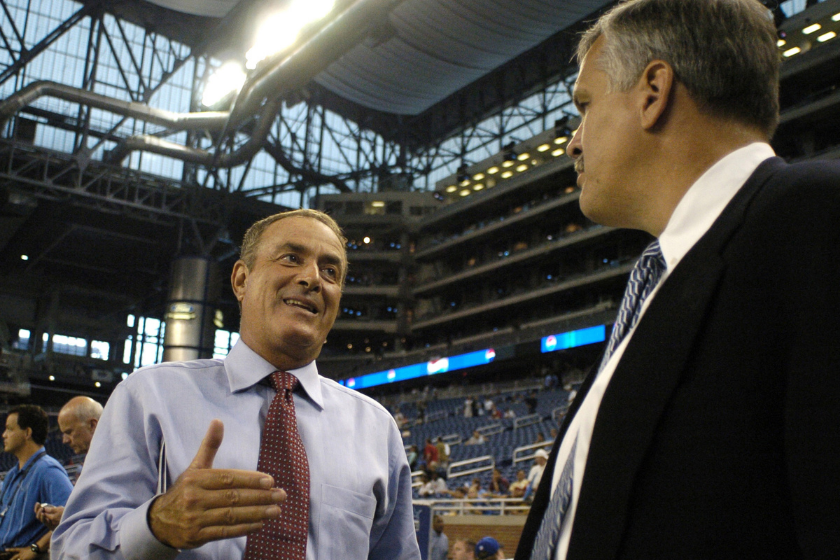 Al Michaels career didn't start out in sports. Rather, Michaels' first job was through Chuck Barris productions, choosing women to appear on the game show The Dating Game.

In 1967, Michaels got his first shot in sportscasting, working in public relations and serving as a color commentator for the Los Angeles Lakers' radio broadcasts with Chuck Hearn, though his tenure was short-lived, lasting just four days.

His next opportunity in sports came in 1968, this time calling Hawaii Islanders Pacific Coast League baseball games for KHVH-TV in Honolulu. Michaels also called play-by-play for University of Hawaii sports games and was named Hawaii's 1969 Sportscaster of the Year.

In 1972, while covering Major League Baseball's Cincinnati Reds, Michaels got the opportunity to call the World Series for NBC Sports. Two years later, Michaels left the Reds to join the MLB broadcast team for the San Francisco Giants, during which the broadcaster kept his composure during a literal earthquake.

The American broadcaster's first foray into National Football League game commentary came in 1973, under unfortunate circumstances. Michaels was brought into call play-by-play for the NFL season-finale between the Houston Oilers and Cincinnati Bengals. Originally Bill Enis was set to call the game, but he passed away from a heart attack two days prior. 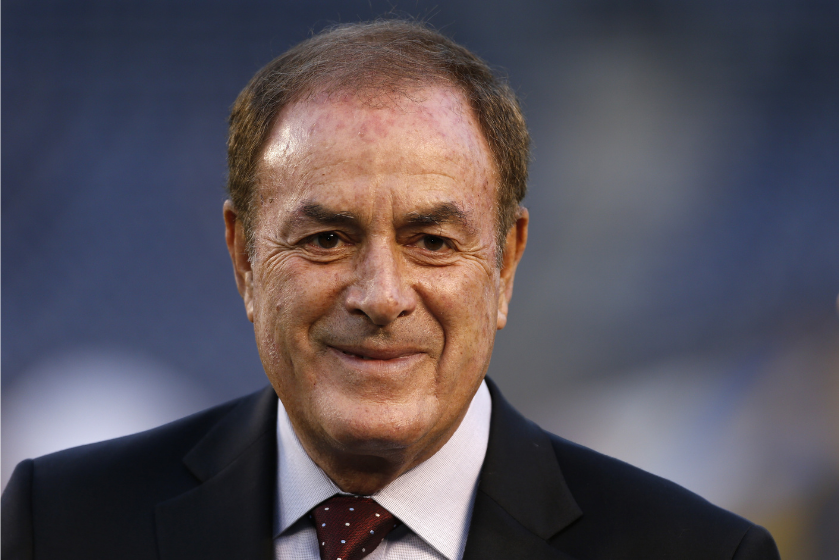 Al Michaels worked for ABC Sports from 1977-2006. Michaels' first opportunity at ABC came as a backup announcer for Monday Night Baseball, and he earned a promotion to lead announcer the following year.

In 1986, the television sportscaster became the lead play-by-play announcer for Monday Night Football, a position he held for 20 years.

While at ABC, Michaels also covered the NBA in an effort to boost the networks' ratings after a poor showing in the 2003 NBA Finals. He covered the NBA at ABC for just a few seasons, alongside recognizable names such as Mike Breen, Doc Rivers, and Hubie Brown. 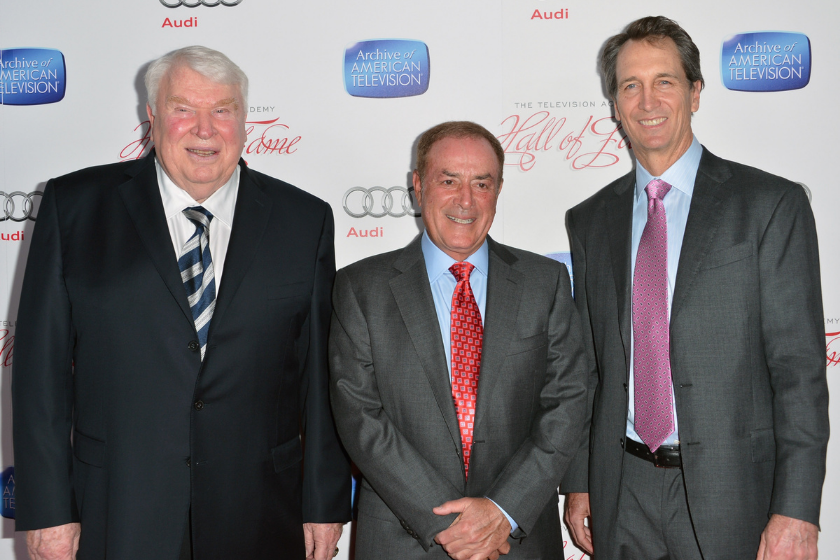 The move to NBC was bizarrely coined as a "trade" with Disney, who handed ABC the rights to their animated character Oswald the Lucky Rabbit.

Madden and Michaels' broadcast team debuted during the 2006 Pro Football Hall of Fame game prior to the NFL regular season. 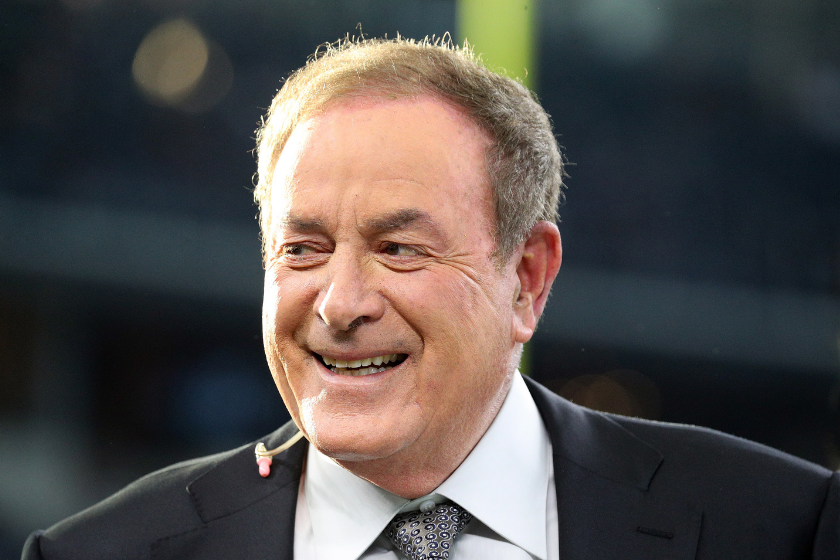 Michaels has virtually done it all within sportscasting, having worked his way from the ground up to become one of the most recognizable sports broadcasters in the industry.

His hard work and perseverance has paid off, as referenced by his gargantuan net worth. According Celebrity Net Worth, Al Michaels has an estimated net worth of $30 million from his broadcasting career. It is also reported that he pockets a $6 million annual salary from his sportscasting duties for NBC.

Throughout Michaels career, the 77-year-old has earned a handful awards for his work in sports. He is a three-time National Sportscaster of the Year, courtesy of the Sportswriters Association. Michaels is also a five-time Emmy Awards winner, and has been awarded a star on the Hollywood Walk of Fame.

MORE: Cris Collinsworth & His Wife Have a Son Following in Dad's Footsteps