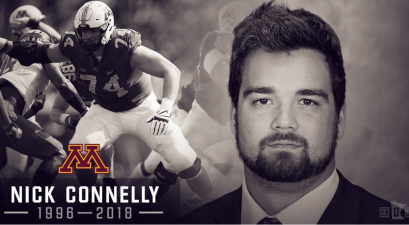 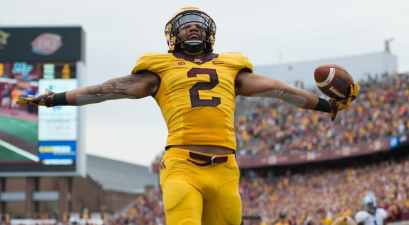 Minnesota: Where Buying Frozen Pizza Gets You Free Football Tickets Winfield’s 14-year NFL career began as a first-round pick by the Buffalo Bills in 1999. The Jim Thorpe Award winner from the Ohio State Buckeyes terrorized Big Ten defenses and was a Consensus All-American his senior year before turning pro. Winfield eventually signed a free agent deal in 2004 with the Minnesota Vikings worth $34.8 million over six years and went on to make three-straight Pro Bowls from 2008-10 and was named All-Pro in 2008.

No one wanted to throw at that Vikings’ secondary in the 2000s, especially with Winfield and Fred Smoot outside and Darren Sharper and Corey Chavous at the safety spots. Suffice to say that Winfield’s NFL career taught him everything you need to know about becoming a successful professional football player.

You’ll see that evidence pay off when former Minnesota Golden Gophers cornerback Antoine Winfield Jr. comes off the board in the 2020 NFL Draft.

I first noticed Winfield’s dominance when the fifth-ranked Penn State Nittany Lions visited Minneapolis to take on the 13th-ranked Golden Gophers. Both teams were 8-0 at the time, and Minnesota played lights out in front of a sellout crowd at TCF Bank Stadium. Golden Gophers QB Tanner Morgan was 18-of-20 for 339 yards and three touchdowns as Minnesota downed Penn State, 31-26 — It was the program’s first top-5 win in 20 years.

Winfield Jr.? He finished that game with 11 tackles and intercepted two passes, both of which came inside the 10-yard line and stalled key drives for Penn State. He tied Minnesota’s single-season record at seven interceptions that day and was named the National Defensive Player of the Week.

Not bad for a kid who missed almost the entire 2017 and 2018 seasons with injuries, huh?

RELATED: D’Andre Swift’s Dad Could Beat Up All the Other Dads

The pride of Woodland Hills High School in The Woodlands, Texas was a three-star prospect who wasn’t considered a top-100 cornerback entering college, but found a home in Minnesota where his father rose to prominence. Winfield Jr. started nine games his true freshman season before injuries only allowed him to play in eight games over the next two years.

But his father’s influence and preparation from an early age helped Winfield Jr. during those tough stretches. He recalled watching game film with his dad as a kid, learning how to defend Pro Bowl wide receivers like the Lions’ Calvin Johnson and Packers’ Greg Jennings in the NFC North.

That knowledge from day one is what Winfield Jr. believes sets him apart.

“My dad had a lot of heart, and that’s kind of what I looked up to in him. Seeing him go out there against professionals and great guys that you see on TV all the time. That’s just something I kind of modify my game after. It’s not about how big you are, how tall you are — It’s about how much fight you have.”

When you see Winfield Jr. lace up his cleats and trot onto the field to start his NFL career, it’ll be like seeing a carbon copy of his dad.

Here are the father-son measurables for the Winfield boys:

Oh, and Austin Winfield will be redshirt freshman defensive back for head coach P.J. Fleck and the University of Minnesota in the 2020 college football season.

Must be something in the water at the Winfield house.