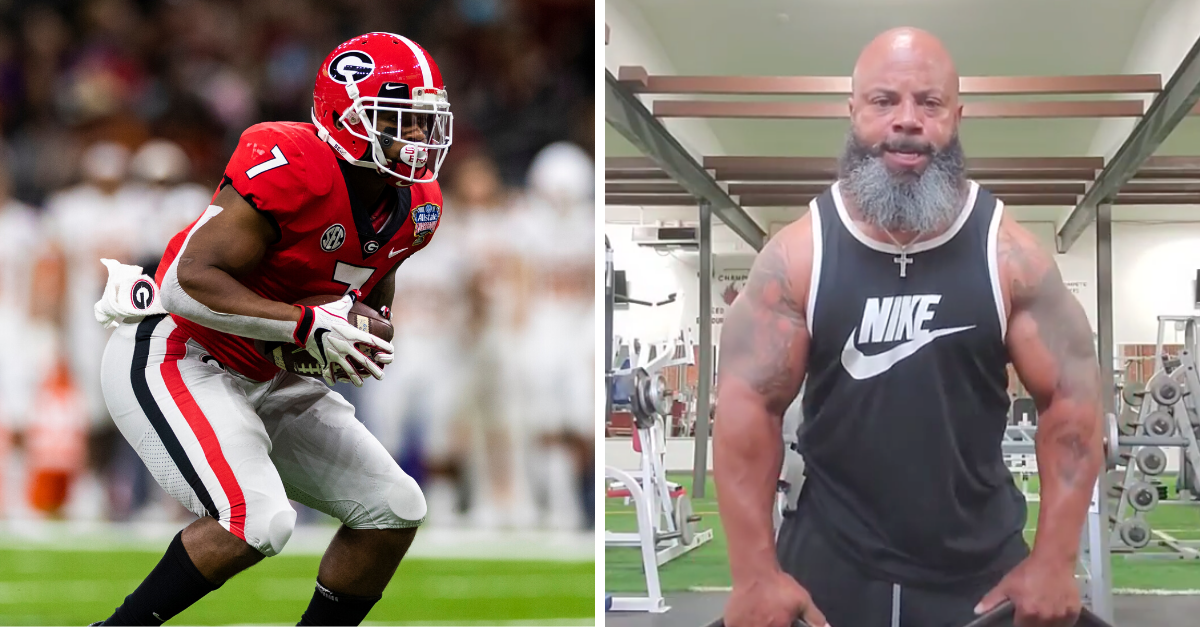 Former Georgia Bulldogs running back D’Andre Swift not being selected in the first round of the 2020 NFL Draft is a testament to the death of the running back. The National Football League is changing, and with that, NFL teams are reshaping their rosters to include defense-stretching wide receivers like Alabama’s Henry Ruggs III (No. 12 overall to the Las Vegas Raiders) and multi-scheme defenders like LSU’s K’Lavon Chaisson (No. 20 overall to the Jacksonville Jaguars).

That left Swift, as well as Wisconsin’s Jonathan Taylor, who ranks sixth all-time with 6,174 rushing yards, and Ohio State’s J.K. Dobbins ? the first Buckeye to ever have a 2,000-yard season ? out in the cold heading into day two of the draft.

Swift left Athens as one of only five players at ‘Running Back U’ with multiple 1,000-yard seasons in his career ? The others are Herschel Walker, Knowshon Moreno, Nick Chubb and Sony Michel. The All-SEC First Team selection averaged 6.21 yards per carry last season, which ranked No. 4 nationally. He also averaged 9.1 yards per catch over 73 receptions in his three seasons.

Darren Swift owns the Swift Fit gym in North Philadelphia near where his son attended high school at St. Joseph’s Prep in Pennsylvania. Swift trains everyone from aspiring NFL players like D’Andre to up-and-coming high school players in the Philly area to anyone looking to put in the work and get in shape.

Despite looking like he could whoop any other dad’s ass, his wife Ayanna Swift admitted that Darren “has the heart of a teddy bear.”

“He cries at every end-of-the-year football banquet talking to all the kids about the transition they make during a season,” she told DawgNation.

TODAY IS THE DAY THAT THE LORD HATH MADE, LET US REJOICE AND BE GLAD IN IT. TODAY IS THE START OF A LIFE CHANGING DECISION THATS MADE, BUT WE DONT CONTROL ANY OF IT. I ASK GOD TO PUT DRE WITH A TEAM THAT WILL USE HIM AND HIS ABILITIES, TO THERE FULL POTENTIAL. THIS IS A BIG DAY FOR OUR FAMILY, BUT MORE SO FOR D'ANDRE, AS TODAYS DECISIONS WILL FOREVER IMPACT AND CHANGE HIS LIFE. TBIS IS WHAT ITS ALL BEEN FOR, THE WORKOUTS, THE PRACTICES, LATENIGHT TRAINING, MISSING OUT ON PARTIES AND TRIPS, EVERYTHING THAT WAS MISSED, WAS FOR THIS MOMENT RIGHT HERE. WE LOVE YOU CHAMP, NOW GO AND FINSH FULFILLING YOUR DREAMS.

RELATED: Jake Fromm’s Mom is a Nurse and “Anchor” of Their Family

Darren and Ayanna built a foundation of faith and trust in their son. During his recruiting process, they took steps to protect D’Andre from being misused by programs hoping to land him with their interests in mind rather than his. But when calls came from UGA head coach Kirby Smart and his staff, the level or respect and trust was obvious from the beginning.

“[UGA running backs coach Dell McGee] said he wanted us to visit other schools,” Ayanna Swift said. “It made the relationship more open and comfortable to maneuver through this field without us feeling bad about doing something we had the right and ability to do.”

Ultimately, there was only one place D’Andre Swift wanted to play college football.

When Swift announced his commitment to the University of Georgia with the awesome video below, Darren pulled up next to his son riding his custom Honda CTX motorcycle the complete and total badass he is.

It's finally here, I have made my decision… 😈😈😈😈😈😈 #OOOUUU pic.twitter.com/TShEa2Zh6k

Wherever he lands in the 2020 NFL Draft, Swift is bringing a foundation of trust and hard work every single day. Speculate all you want on the long-term outlook when it comes to running backs in an NFL backfield, but for me, I want D’Andre Swift on my team 10 times out of 10. (Looking at you, Steelers.)

MORE: Auburn’s Derrick Brown Enters NFL with Growing Family at His Side