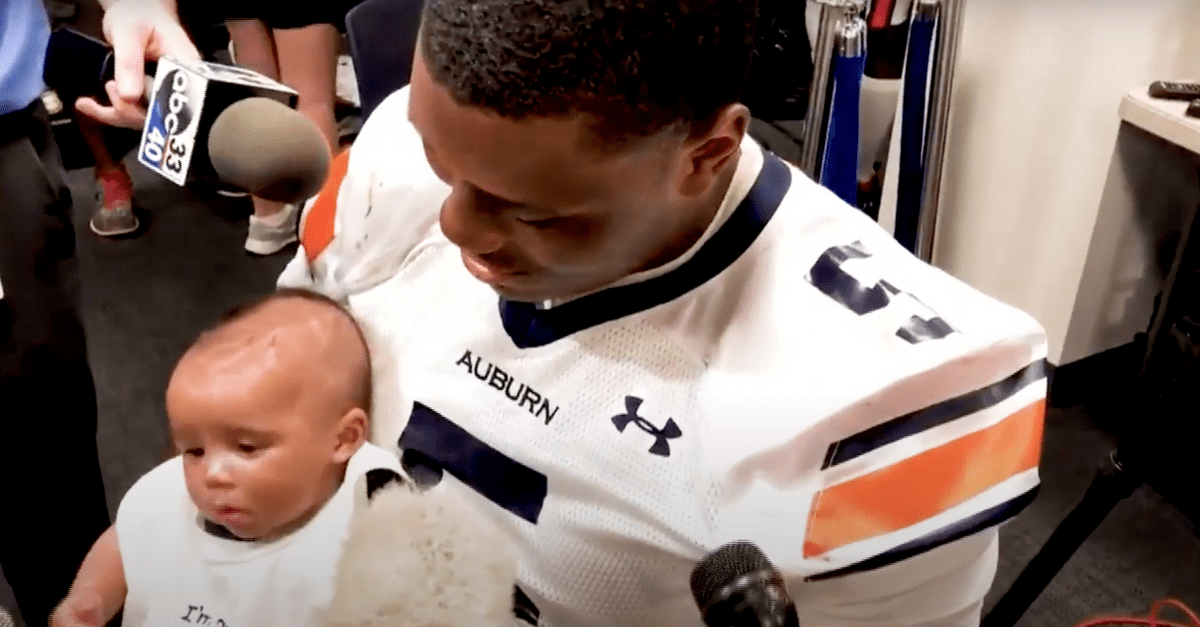 Former Auburn Tigers defensive tackle Derrick Brown is ready to do damage in the NFL. The 6-foot-5, 325-pounder spent four years terrorizing quarterbacks and offensive linemen in the Southeastern Conference, and there’s no doubt he will produce at the next level, too.

No matter when or where Brown is selected in the 2020 NFL Draft, he will make an immediate impact. The 2019 SEC Defensive Player of the Year and Unanimous All-American is that good. No mock draft has him falling out of the first round, and understandably so.

When the time comes, and the draft pick is officially announced, he will have his growing family right by his side.

I remember your first game like it was yesterday. Your sister @mikaeliabrown and I cheering as loud as we could the minute you stepped on that field for the first time, so you can just imagine how crazy we went after you recovered that fumble!!!!! We got to do it all over again one last time, this time with our little boy. We are so proud of you Derrick(dada)❤️YOU DID IT AND YOU DESERVE IT ALL!!!!!! It’s been fun, challenging, and unreal but all a blessing to say the least. We love you & can’t wait to be right there continuing to cheer you on! WAR DAMN EAGLE!!!! 🧡💙🐅

Born in Sugar Hill, Georgia, Derrick Brown is all about football. Anyone who ever watched him play at Lanier High School or Auburn University’s Jordan-Hare Stadium knows this. He has the perfect combination of size and athleticism to be a disruptive force on the gridiron.

For as good of a player as the All-SEC star is on the field, he’s an even better man off of it.

His father, James Brown, is a law enforcement officer, and his mother, Martha Brown, is a department manager at Walmart, according to AL.com. They raised one heckuva kid and student-athlete who makes everyone around him better.

Brown is also a devoted family man. Girlfriend Tayla Main has been by his side for years. The happy couple have one son and are expecting another child later this year.

Brown was a junior at Auburn when his son was born, and it added even more motivation for him to continue to dominate college football.

“Thank you god for welcoming a new light in to this world in our lives. We love him with all our heart. With that being said world welcome Kai Asher Brown. I love you Son.” Brown wrote on Instagram.

Instead of declaring for the 2019 NFL Draft after his junior year, Brown elected to return to Auburn, Alabama for his senior season.

The decision paid off in a big-time way. Brown will be making millions playing the game he loves as a first-round pick. Kai will be a big brother, too.

On March 24, during the coronavirus pandemic and COVID-19 outbreak, former Auburn defensive lineman Derrick Brown and girlfriend Tayla Main announced the couple is expecting their second child in October 2020.

Brown is an easy guy to root for while his family, and his fame, continue to grow.

MORE: Jake Fromm Thanks Mom For Being “Anchor” of Their Family