Jake Fromm Thanks Mom For Being “Anchor” of Their Family 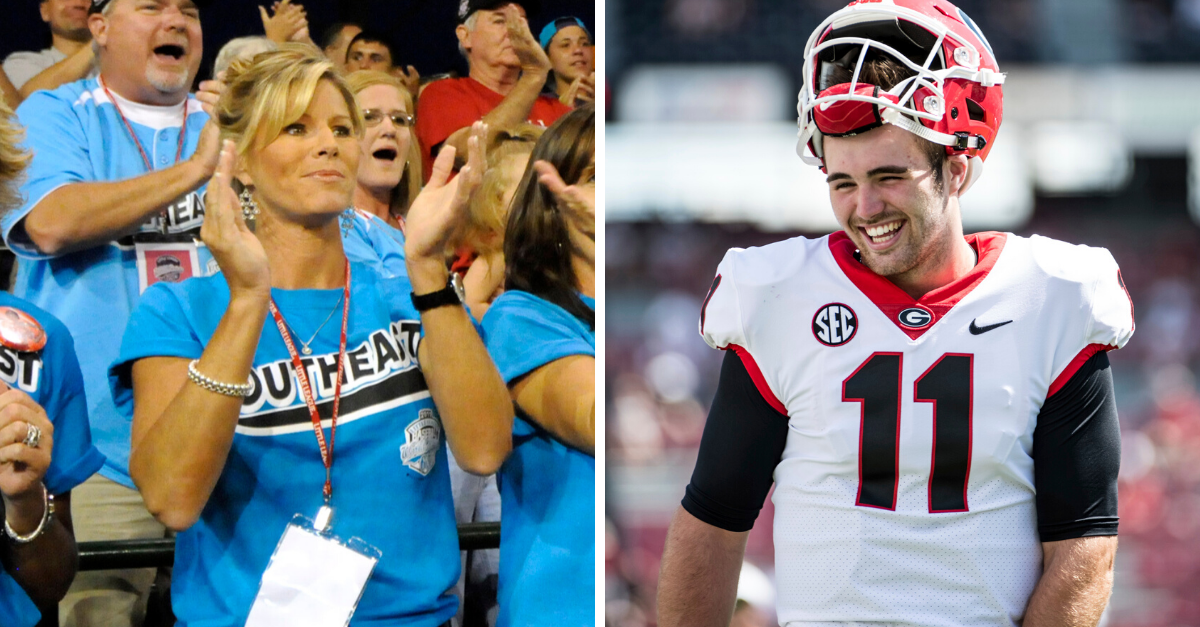 Looking back on the last few seasons, it’s going to be hard to forget Georgia Bulldogs quarterback Jake Fromm. I mean, it’s rare to see a true freshman lead his team to the national championship game. It’s even harder when that team plays in the Southeastern Conference, but that didn’t stop Fromm from winning three-straight SEC East division titles, earning recognition from numerous national awards, and solidifying his legacy in Athens, Georgia.

Fromm’s one of the most well-liked players in Georgia football history, but his passion and leadership stem from the relationship he has with his mom.

Somewhere on a beach 😎🌞

From the time Fromm led his baseball team to the Little League World Series, his mom could be found, like most fanatic mothers, cheering on her son from the stands.

Lee and Emerson Fromm share three boys together ? Jake, Dylan and Tyler. Dylan Fromm plays quarterback for the Mercer Bears, and Tyler Fromm is a tight end for the Auburn Tigers. And yes, facing each other for the first time in 2019 in the Deep South’s Oldest Rivalry was absolutely a family ordeal.

While the boys learned to love hunting and fishing from their dad, their athletic ability actually comes from their mom.

Lee Fromm was a “basketball, track and softball star” growing up in Dublin, Georgia, according to the Macon Telegraph. She became a nurse who worked at Coliseum Medical Center, which made shuttling three boys back and forth to practices and games that much more difficult.

The Fromms offered every opportunity to help Jake fulfill his dream of being the Dawgs’s starting quarterback, and it came true.

On Mother’s Day 2019, Jake thanked his mom properly with some help from his Georgia football family.

Lee explained how her son’s departure for the University of Georgia was one of the hardest times in her life. The pair talked everyday over breakfast, which Jake cooked, and those times were invaluable. Jake still makes time to chat with his mom these days, something I think we all could do a little more.

“Probably the thing I love most about my mom is just her heart. It’s just so big,” Fromm said. “She loves everyone. She loves her family. Everything she does is just so loving, and you can tell just how amazing she is.”

“No doubt. She’s definitely the anchor of my family.”

In true mom fashion, Lee’s Twitter handle on social media is her three sons’ names ? you can follow her @dylantylerjake.

Despite being at home due to the coronavirus outbreak and dangers of COVID-19, Fromm is one of 58 college football players invited to take part in the virtual 2020 NFL Draft. From his home in Warner Robins, Fromm will await his destiny and next step in his career. There’s no doubt Lee Fromm will be right by his side when his name is inevitably called.