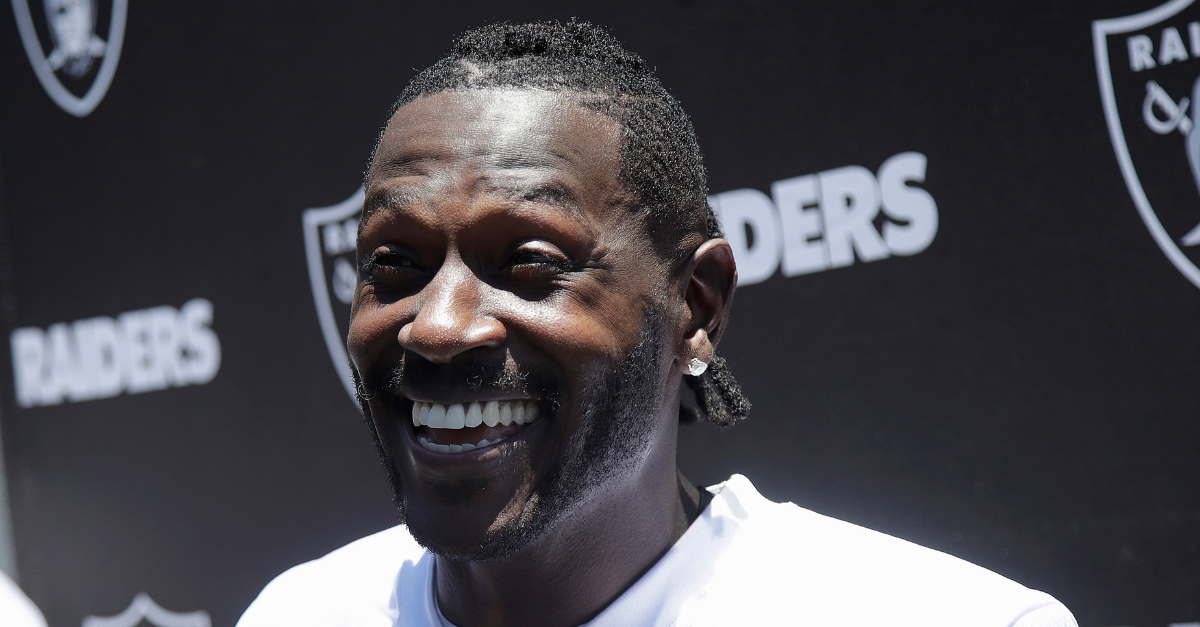 As a life-long Pittsburgh Steelers fan, I loved Antonio Brown. Everybody in that city did, and if you meet someone who says otherwise, they’re a liar. He caught over 800 passes for 11,000-plus yards and hauled in 74 touchdowns during his nine-year career in the Steel City. All was well and good.

Then, Antonio Brown turned into a whiny little bitch.

Late in the 2018 season, it was reported that Brown got into an argument with quarterback Ben Roethlisberger and skipped practices leading up to a must-win game against the Cincinnati Bengals. A mysterious injury appeared, and Brown didn’t play in that final game.

Brown was targeted 1,256 times between 2011 and 2018 ? That’s 140 more passes than any other receiver in football saw. For some reason, he started complaining about his role in the offense.

Organizations got the fans tricked

He hasn’t played a single snap since being shipped to the Oakland Raiders for a bag of Skittles and an old washing machine, but the seven-time Pro Bowl selection still isn’t giving up his crusade to be the NFL’s loudest mouth.

For starters, Brown can’t even play because of extreme frostbite on his feet after using a cryotherapy chamber without the proper footwear. Now, ESPN’s Adam Schefter is reporting that the 5-foot-10 pass catcher told the Raiders that if he can’t wear his old helmet, he’s never going to play football again.

And now this: Raiders’ WR Antonio Brown has told team officials that, unless he gets to wear his old helmet, he will not play football again, per league sources.

But according to reports from NFL Network’s Michael Silver, Antonio Brown’s incessant whining is just getting worse.

It began when Brown first arrived in Napa, California for Raiders training camp. Unhappy with the NFL’s policy that he’d have to wear a new, safer helmet, Brown pushed back on the equipment managers several times, once storming out of the facility after he “loudly voiced his displeasure, complaining QBs such as Brady and Rodgers were not being subjected to the same scrutiny.”

For the record, both Tom Brady and Aaron Rodgers are wearing helmet models that meet guidelines created by the National Operating Committee for Standards and Athletic Equipment (NOCSAE).

But later, Brown returned to Oakland’s facilities and acted like nothing happened. On two different occasions, this man even tried to paint his banned helmet Oakland Raiders colors and bring it onto the field.

What’s worse? They didn’t even match the Raiders’ official black and silver palette.

Silver said one coach referred to this saga as “Honestly the most insane thing I have ever heard. I don?t know why it?s so important to him. It doesn?t make any sense.”

13) However, sometime in the next couple of weeks, Brown once again tried to take the field with his old helmet, which he had since had repainted with colors approximating—but not completely mimicking—the Raiders’ silver-and-black design…

RELATED: It’s Time to Trade Ezekiel Elliott (Plus 3 Teams That Should Be Interested)

If that’s not enough, witnesses say that Brown has shown up late for numerous meetings, hardly shows interest when he is there, and opts instead for “perusing his bank accounts and ‘liking’ photos on Instagram.”

Keep in mind, Antonio Brown makes over $14 million per year.

“Be Loyal to yourself “

I don’t know where this entitlement came from. In Pittsburgh, Brown was a beloved sixth-round draft pick who worked his ass off to become the best wide receiver in pro football.

Now, he’s nothing more than a 31-year-old diva who seems to be mailing it in for the cameras.

HBO’s Hard Knocks is behind the scenes during training camp this offseason, so maybe we’ll get more clarity on this helmet grievance and foot injury as the preseason rolls on. But at this rate, it certainly seems as if Oakland Raiders wide receiver Antonio Brown could be headed for a huge drop in production.

The worst part? He doesn’t seem to care.

UPDATE: If things weren’t weird enough in this saga, Antonio Brown is now trying to exploit a loophole in the system.

"I'm looking for a Schutt Air Advantage Adult Large Helmet that was manufactured in 2010 or after. In exchange I will trade a signed practice worn @Raiders helmet."

After Brown’s grievance with the NFL was struck down, forcing him to wear a new helmet, Pro Football Talk confirmed that a loophole exists for Brown to wear his old helmet ? the Schutt AiR Advantage ? if he finds one that’s less than 10 years old. Schutt stopped making them in 2011, so there may not be many out there.

However, that’s not stopping Brown from asking regular fans on Twitter for one in exchange for an autographed Raiders helmet.

Yeah. This is what it’s come to.

This article was originally published on August 9, 2019.