Fit. Best Available. Guy who will fill the most seats. Guy who likes tall women. These are things NFL general managers have to consider when making their selection in the NFL Draft.

Then, there are some who GMs take fliers on and turn out to be diamonds in the rough. They call this winning the lottery in the biz because a player outperforming their draft position is as likely as Kirk Cousins not getting a bajillion-dollar contract.

Several awesome NFL players have been nabbed late in the draft, but there are 14 who are (or on their way to being) all-time greats. 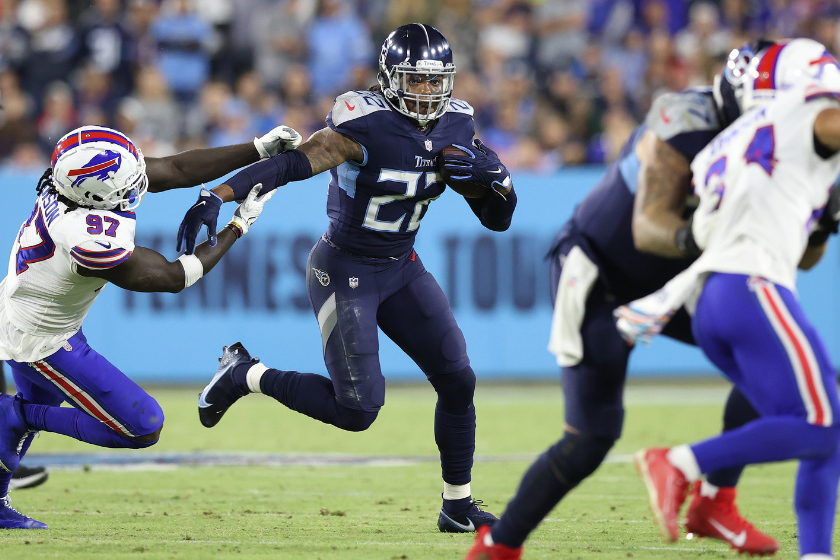 Draft Position: 2nd round, 45th overall by the Tennessee Titans in 2016

It's insane to draft a running back in the first round, but Derrick Henry is one of the few exceptions. Tractorcito's monstrous size and blazing speed make him one of the most dynamic offensive weapons in today's game.

Draft Position: 6th round, 196th overall by the Denver Broncos in 1995

What did the Broncos get when with their sixth-round pick in 1995? A NFL MVP, two-time Super Bowl champion, three-time All-Pro, two-time NFL Offensive Player of the Year and Pro Football Hall of Famer with over 7,000 career rushing yards in only seven career seasons. 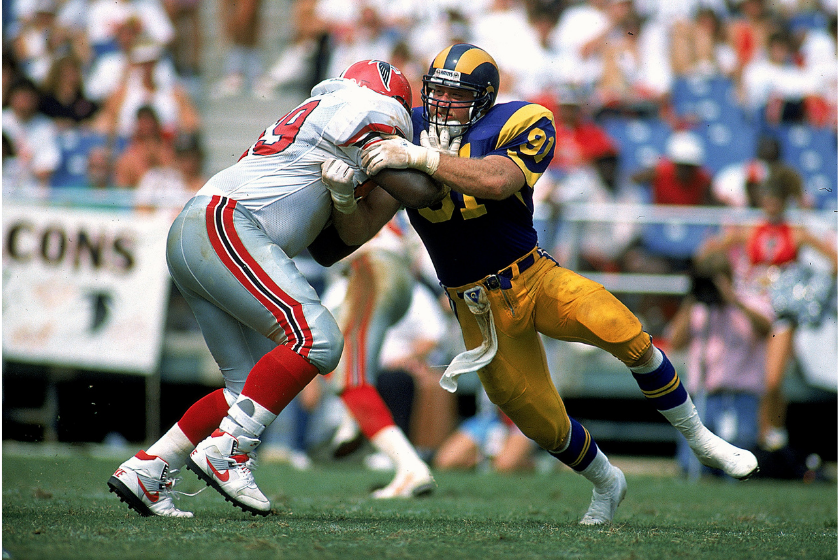 Greene was a prototype for the modern pass rusher. As a defensive end/outside linebacker hybrid, he recorded 160 career sacks (fourth all-time) and made the Pro Bowl five times in his Hall of Fame career with the Rams, Pittsburgh Steelers, Carolina Panthers and San Francisco 49ers. 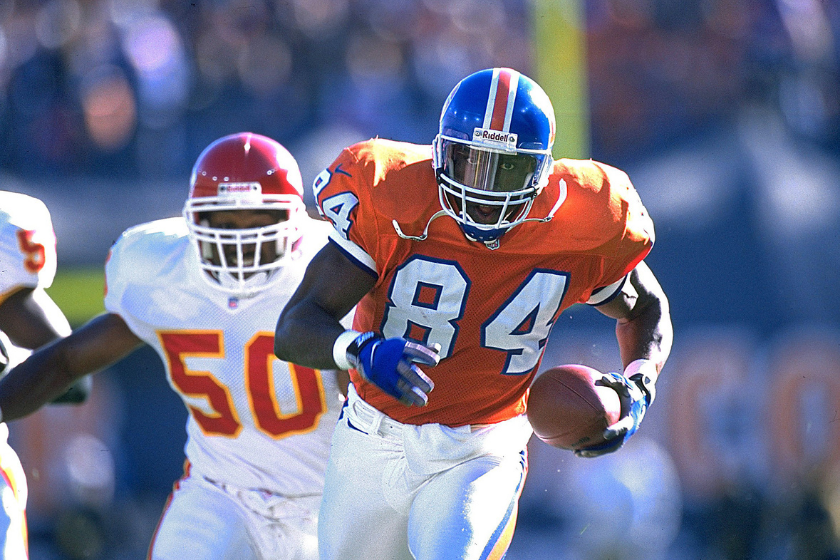 Draft Position: 7th round, 192nd overall by the Denver Broncos in 1990

Former Broncos GM John Beake had a knack for spotting talent in the draft's late stages. Five years before drafting Davis in '95, Beake snagged one of the greatest tight ends of all time in the seventh round. 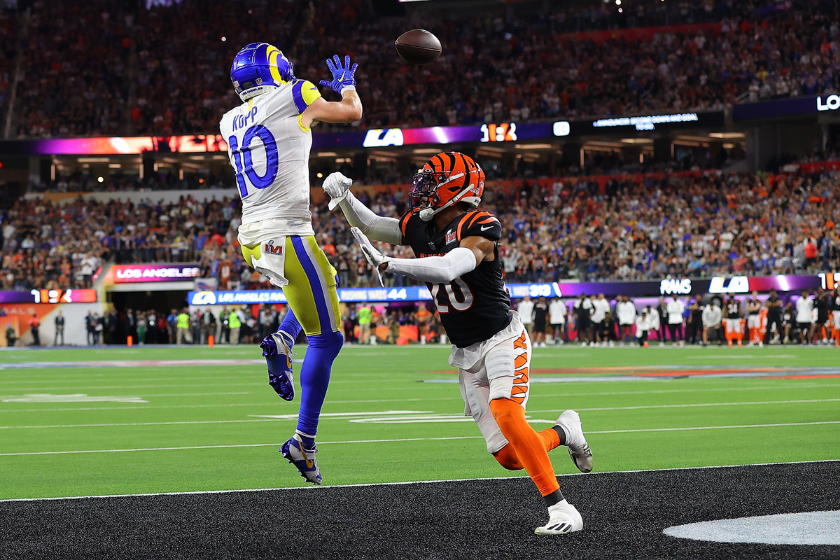 Draft Position: 3rd round, 69th overall pick by the Los Angeles Rams in 2017

Sean McVay selecting Cooper Kupp with his second ever draft pick as the Rams head coach was a sign of the good things to come in Los Angeles. The Super Bowl LVI MVP, who is fresh off one of the greatest offensive seasons in NFL History, has the potential to be in the all-time pantheon of wide receivers. 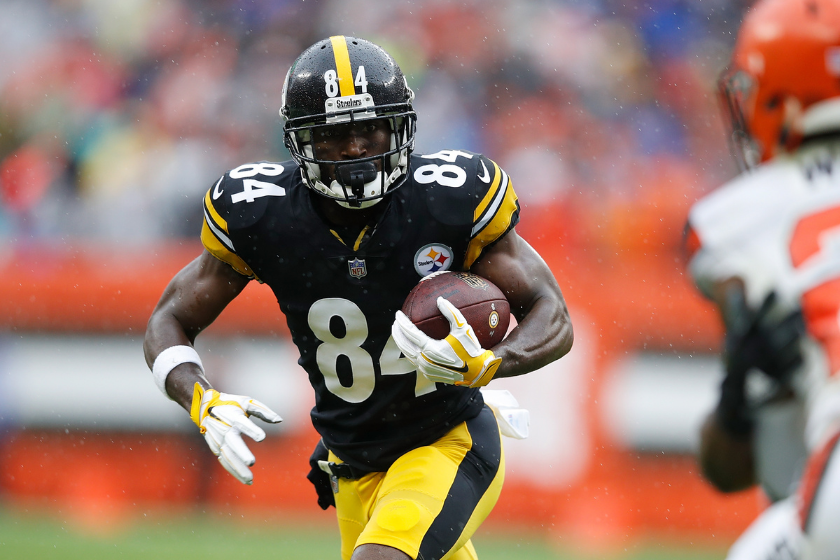 Draft Position: 6th round, 195th overall by the Pittsburgh Steelers in 2010

We haven't heard much from Antonio Brown these past few years, but during his days with the Steelers he was a lethal offensive talent. Snagging a seven-time Pro Bowler who led the league in receptions twice in the sixth round is highway robbery. Arrest the Rooneys immediately. 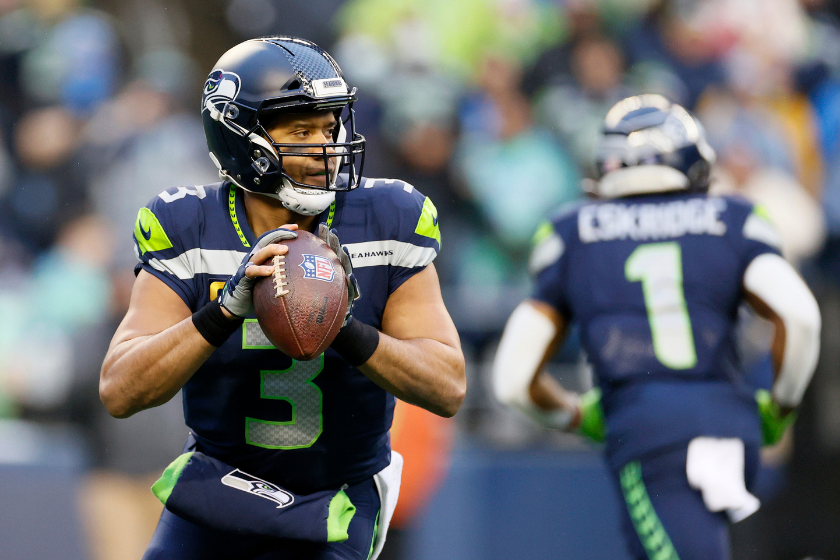 Draft Position: 3rd round, 75th overall by the Seattle Seahawks in 2012

Seattle had a quarterback in Matt Flynn in 2012, but it decided to take a chance on Russell Wilson in the third. The Wisconsin product came in, won the starting job, led the franchise to its only Super Bowl victory in his second year and became one of the game's elite quarterbacks. Not bad for Future's son's step dad. 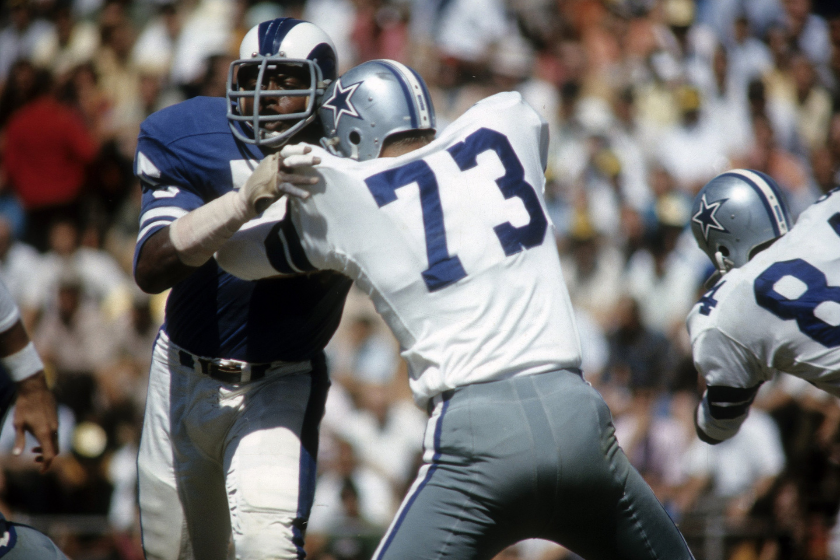 Deacon Jones has a legit case as the greatest defensive player of all time. For one, he coined the term "sack" and finished his 14-year career with 173.5, which ranks third all-time. He also had over 20 sacks in a season three times, which is downright absurd. Two, his knack for sacks led to eight Pro Bowl appearances, two NFL Defensive Player of the Year Awards and a spot on the NFL 100th Anniversary All-Time Team. 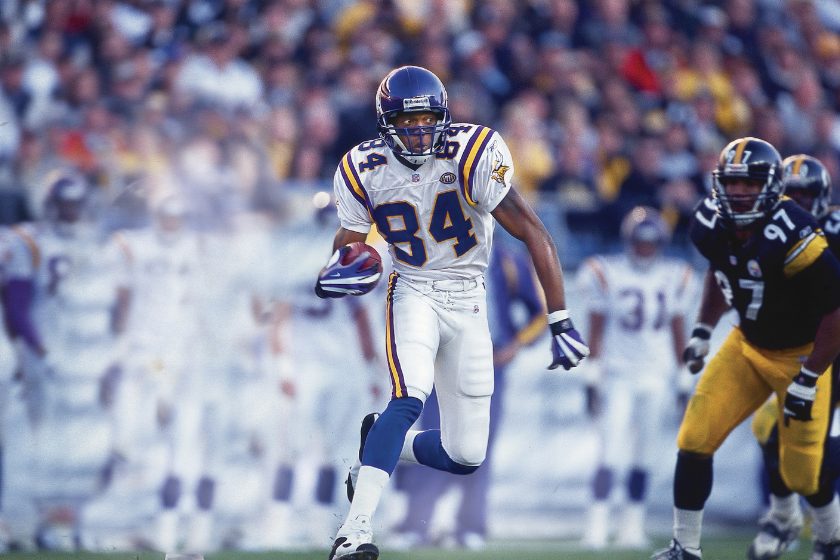 Draft Position: 1st round, 21st overall by the Minnesota Vikings in 1998

Peyton Manning was the only guy in the '98 Draft who deserved to go ahead of Moss. The 6-foot-4 wideout is the most gifted offensive talent the game has ever seen, but his draft stock fell due to concerns about his off-the-field issues. What a godsend for the Vikings that he was available at 21. 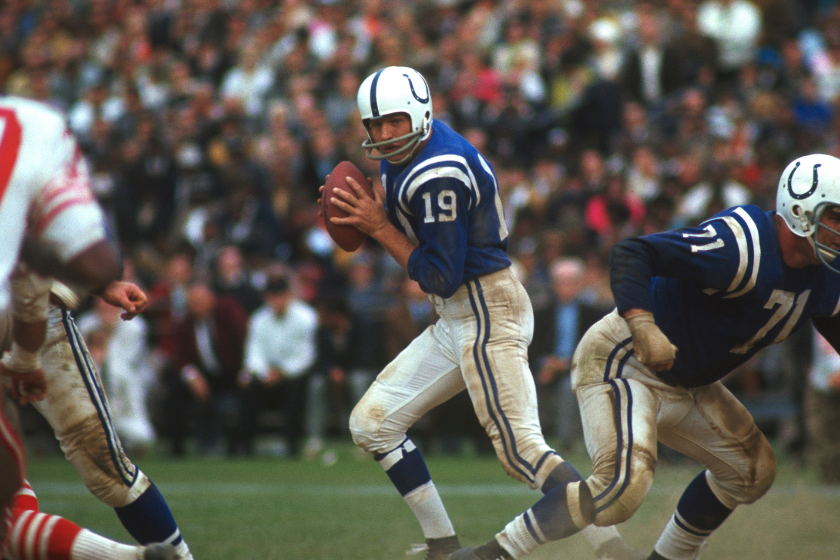 Draft Position: 9th round, 102nd overall by the Pittsburgh Steelers in 1955

We've entered the quarterback zone. Unitas was intended to play his NFL career for his hometown Steelers, but head coach Walt Kiesling deemed he wasn't smart enough to play QB in the pros. The guy who wasn't smart enough ended up winning three NFL MVPs, three NFL Championships and a Super Bowl with the Baltimore Colts. 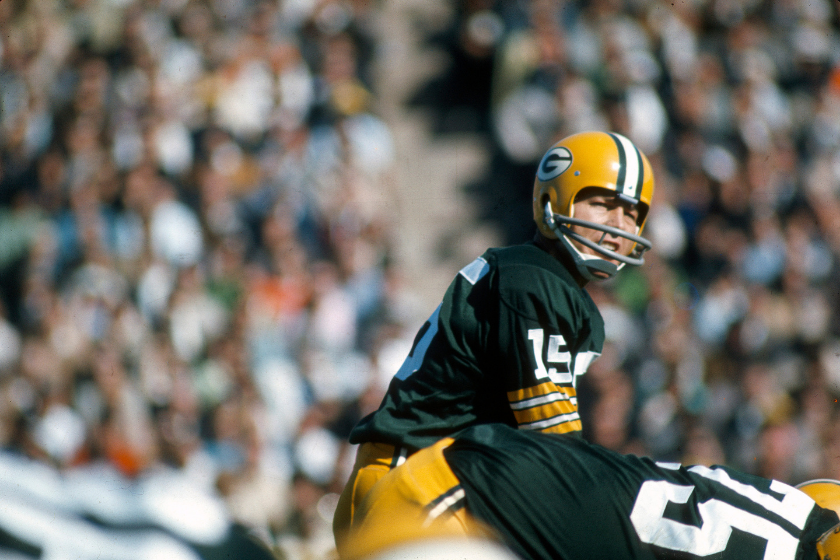 Thanks to a lingering back injury from Starr's time at Alabama, the Green Bay Packers found their first great quarterback in franchise history late in the draft. The Hall of Fame signal caller led the Pack to victories in the first two Super Bowls, won the 1966 NFL MVP and consistently led the league in completion percentage. 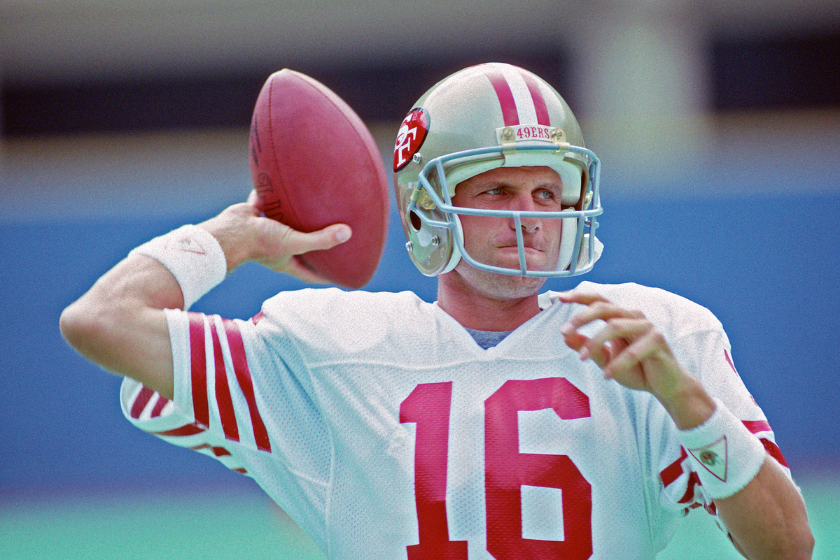 Joe Montana won a national championship at Notre Dame, but he wasn't a highly-touted prospect. Thus, the Niners were able to steal a four-time Super Bowl champion, three-time Super Bowl MVP, two-time regular season MVP and one of the best QBs to ever do it in the third round 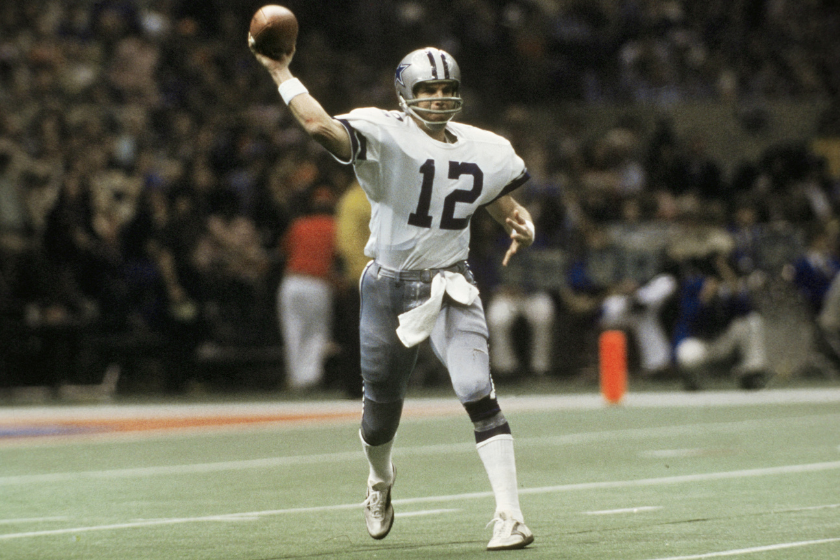 The Cowboys had to wait five years for Staubach to suit up due to his Navy obligations. Boy, did it pay off. Captain America made his NFL debut at 27 and didn't assume the starting role until his third season. But two Super Bowl wins, six Pro Bowl appearances and an all-around legendary career were well worth the wait. 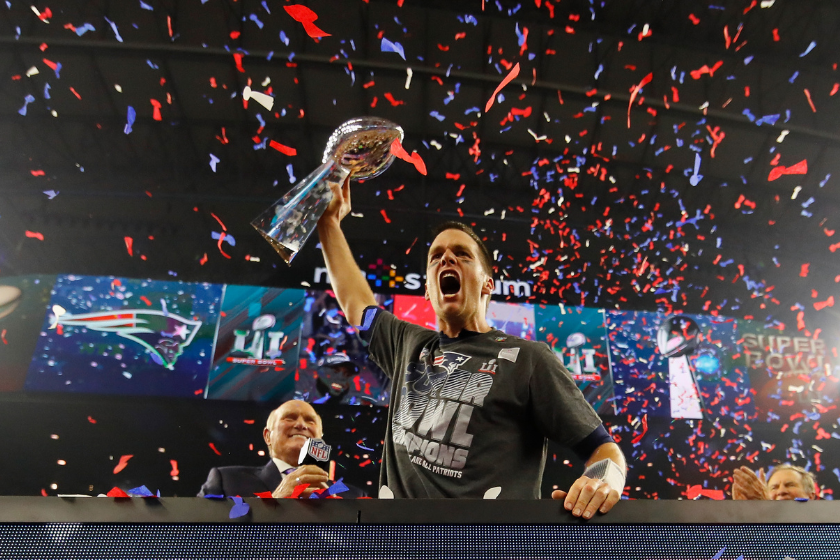 Draft Position: 6th round, 199th overall by the New England Patriots in 2000

Richard Sherman: 5th round, 154th overall by the Seattle Seahawks in 2011