Sixty-six catches for 1,098 yards and 17 total touchdowns. That's a respectable career stat line for any college football tight end. Georgia Bulldogs tight end Brock Bowers has put up those numbers through 17 games as a true freshman -- not to mention he's a national champion, 2021 first-team All-SEC member and the 2021 SEC Freshman of the Year.

I'd be remiss to say the Georgia tight end, who helped the Dawgs defeat Alabama in the 2022 CFP National Championship game, isn't an absolute stud. In fact, his stats will assuredly balloon, and his list of accolades will undoubtedly grow. With that being said, Bowers is quickly shrinking his list of goals to accomplish in college.

Brock Bowers Should Leave for the NFL After This Season 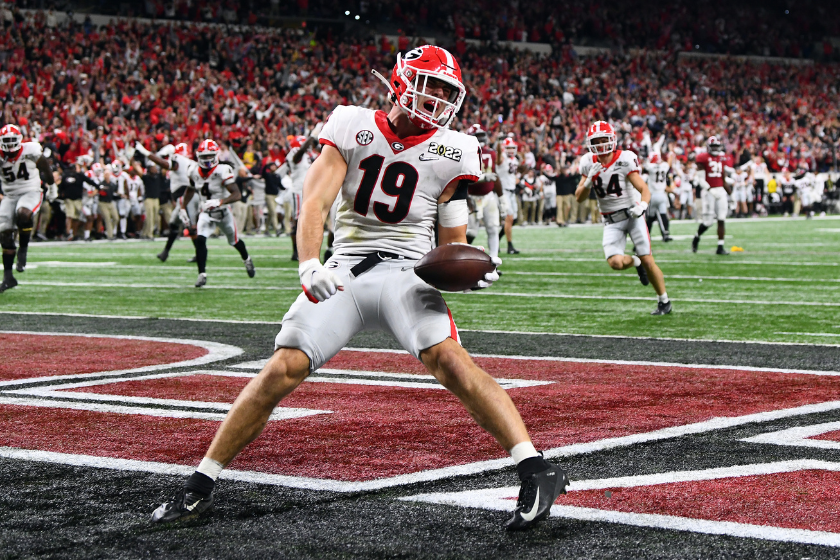 It's no secret UGA's TE Brock Bowers, a sophomore, will have an NFL career. I mean, the guy made South Carolina look like a JV team, and he has a knack for doing the same to every opponent he lines up against. Whether he's being used as a blocker or a modified wide receiver alongside Darnell Washington, Bowers is going to be a first-round pick. The only question is when he'll become draft eligible.

However, under the NFL's draft eligibility rules, Bowers has to wait until after next season to go pro:

Key in on the last sentence, though. In my opinion, Bowers should request to enter the 2023 NFL Draft because he'll have nothing left to prove after this season.

His stats obviously jump off the page, but if you watch Bowers play for a second it's clear he operates at a different level. He can catch, he can run and he can be the focal point of an offense -- a rare skill for a tight end not named Travis Kelce.

The best part? His play and athleticism translate to wins. Georgia looks more than ready to repeat as national champions, and Bowers, along with the stellar performance of quarterback Stetson Bennett so far, are the reasons why on the offensive side of the ball. So, after another presumed College Football Playoff run next January, he should take his game to the NFL. (Sorry, Georgia fans.)

And for guidance, he should look to Larry Fitzgerald. 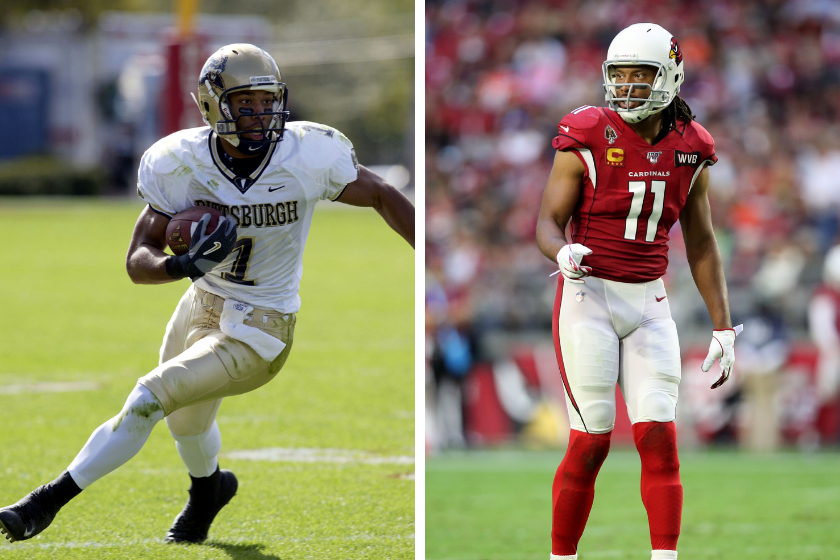 Like Bowers, Larry Fitzgerald was a superstar as an underclassmen at Pittsburgh. No one could cover him, and some say he should've won the Heisman Trophy in 2003. It was clear after his sophomore year Fitzgerald had exhausted his time at the college level. So, he sought the NFL's approval to enter the draft early.

Now, Fitzgerald's situation differs from Bowers' because he took a post-graduate year after graduating high school due to him being academically ineligible to play college football. Technically, he did meet the "three-year removed from high school" requirement. Still, the NFL granted him an exception, and he was selected by the Arizona Cardinals with the third overall pick in the 2004 NFL Draft.

Ohio State running back Maurice Clarett challenged the NFL's eligibility rule the same year. However, Clarett had a long list of off-the-field issues and was dismissed from Ohio State with only one college season under his belt. He initially won a lawsuit at the District Court level that would allow him to enter the '04 draft, but the United States Court of Appeals shot it down.

Bowers' case would be cut and dry. He maximized his time in college and is looking for a new challenge that comes with a paycheck. I believe that would be enough for NFL Commissioner Roger Goodell after watching a glimpse of his game film.

Bowers would be 20 during his rookie season, but I would've drafted him on my fantasy team yesterday. I know Atlanta Falcons head coach Arthur Smith doesn't play fantasy football, but maybe he should take notes from Kirby Smart on how to utilize a talented tight end. Because right now, Bowers is the best tight end in the Peach State. And frankly, Smith should apologize to all Kyle Pitts owners out there. I digress.

If last season was any indication of what Bowers has left to prove, he'll have nothing to do in 2023. And with draft rankings and NFL mock drafts getting fired up the instant the national championship matchup is over, Brock Bowers could disrupt things for everyone. With a scouting report like his, it's easy to why he should be torching the Tennessee Titans and not the Volunteers in 2023. Seriously, The only Florida teams fans should be seeing Bowers rack up TD receptions against are the Miami Dolphins and the Jacksonville Jaguars. What more does Bowers have to show us against TCU, Michigan, Oklahoma, LSU, Oregon, Notre Dame or Iowa?

Brock Bowers leaves defenders in the rearview each Saturday. He should do the same to college football this offseason.