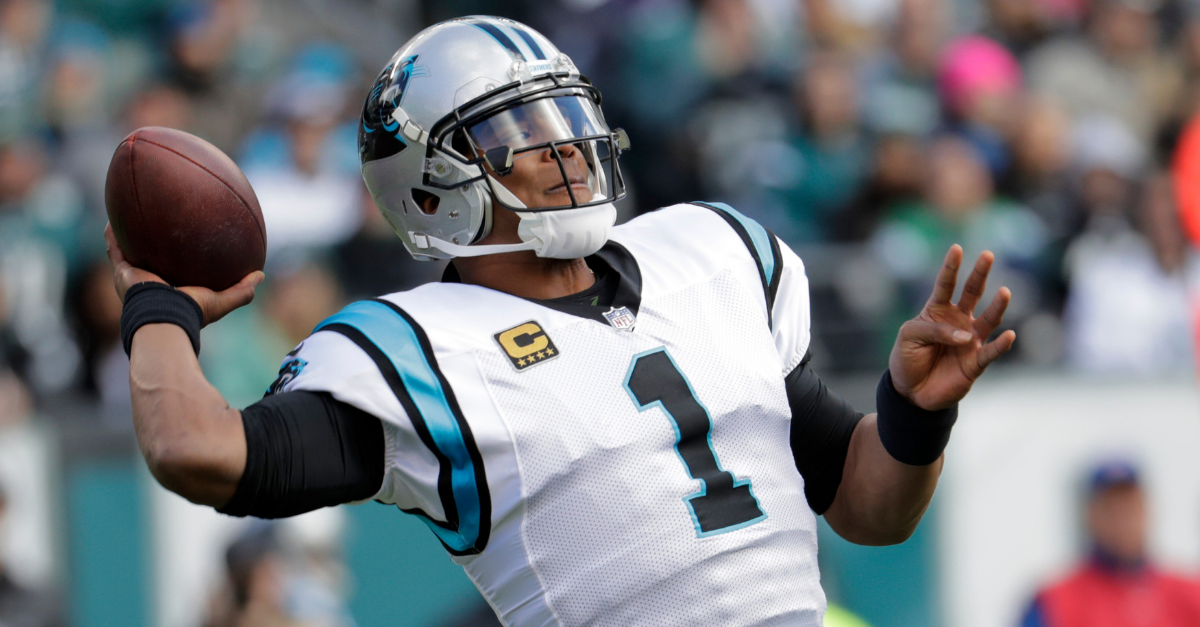 At 6-foot-5 and 245 pounds, with a NFL MVP and Super Bowl appearance already to his name, Carolina Panthers quarterback Cam Newton is truly one of a kind. The finished product of his career remains to be seen, but he definitely gets plenty of attention for his special talent each week.

There are many ways one could describe Newton, from the way he moves for his size to his incredible arm strength, but Baltimore Ravens safety Eric Weddle went next level on the description to call Newton a ?fast dinosaur? before Sunday?s game at Bank of America Stadium in Charlotte, North Carolina.

RELATED: The Colorado Rockies Have Drafted Better QBs Than the Denver Broncos

It makes sense, right? Even if it doesn?t, it?s still a funny description and actually very true.

?He?s a dinosaur, a fast dinosaur, muscular and big, runs people over and in the open field can make guys miss. He?s a very unique quarterback in this league, the only one really like him. You can face against big quarterbacks like Big Ben (Roethlisberger) who are really tough to bring down when you try to wrap him up, but Cam is just an amazing player and extremely difficult in the open field.? ? Baltimore Ravens Safety Eric Weddle

Ironically enough, as crazy as it might sound, this isn?t the first person to call Newton a dinosaur. Former Auburn Tigers assistant coach Trooper Taylor, who was on the coaching staff when Newton and the Tigers won the 2010 Heisman Trophy and the 2011 BCS National Championship game.

Ravens’ players referred to Cam Newton as a dinosaur. Cam says first guy to do that was former Auburn assistant Trooper Taylor: pic.twitter.com/Dsxpc3j4Sf

?I always asked him, ?Why do you call me a dinosaur??? Newton explained. ?He said, ?Your talent is extinct. They don?t make them like you no more.? I would always laugh, but as you look around this league, and I?ve kind of warned a lot of people prior to, but it?s not cocky, it?s confidence, it?s just self-belief in yourself, knowing that the talents that you possess a lot of people can?t say that they have.

?A lot of people try to point to it as a negative and a flaw, but it?s my biggest star.?

Facing one of the league?s best defenses, now would be a perfect time for Newton to back up the comparison and go full Jurassic Park on the Ravens this weekend.

READ MORE: Should the NFL Change Its Challenge Rule Policy? This Coach Thinks So.