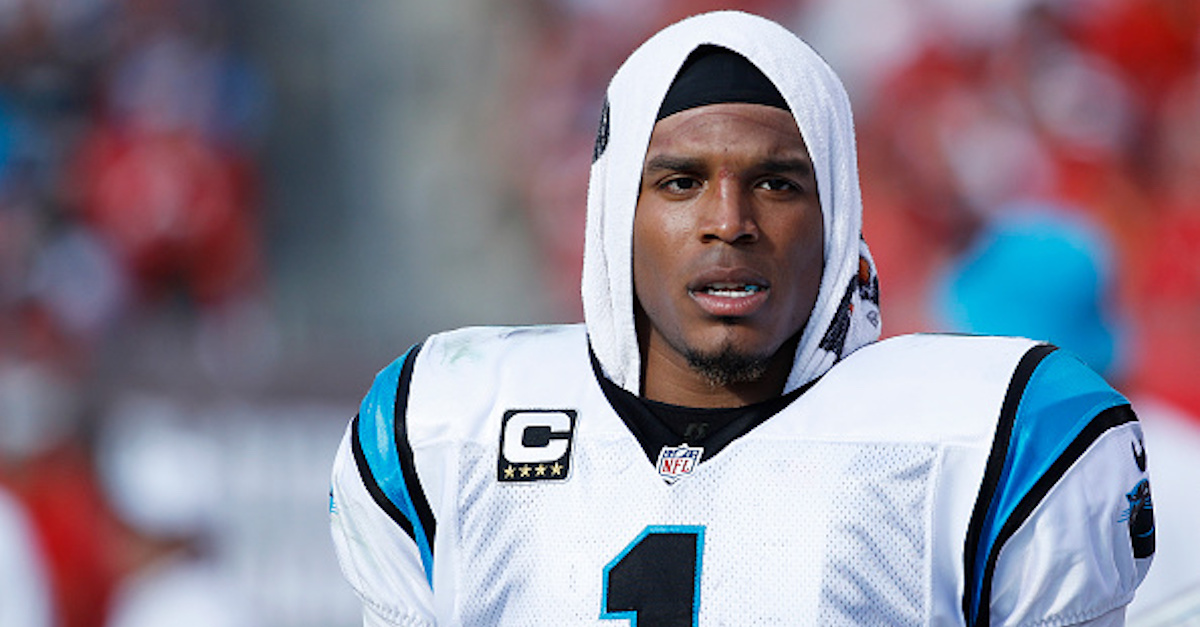 To some, Carolina Panthers quarterback Cam Newton is a dinosaur, a rare football player with special talents. To the former NFL MVP, he is just trying not to become extinct in the game he loves to compete in at the highest level.

Since the start of 2019, after a disappointing 7-9 record in the NFC South last season, the 6-foot-5, 245-pound signal caller has given up something each month to help him become a better football player.

In January, Newton gave up betting. In February, he became vegan. In March, well, he did something quite different and shared it on The Late Late Show with James Corden on Thursday night.

?In March, I?m giving? I hope this is an adult crowd. It looks like it is,? Newton said. ?No climax.?

RELATED: March Madness Vasectomies are Real, Proving Men Will Do Anything to Watch the NCAA Tournament

That?s right, Cam Newton, who is coming off shoulder surgery, has given up sex in March and that will somehow make him a better quarterback for next season.

If this at all sounds surprising, just imagine how host James Corden and actor David Boreanaz felt when Newton dropped that bit of news.

?It?s challenging. So for me, doing certain things to challenge me in the offseason that I can?t necessarily do, so now, when the season comes around, it makes my mind stronger. I feel like if go back and I say I did those things, I?m mentally stronger.?

The funniest part of the whole segment was when Boreanaz, a guest on the show, joked that Newton should have done the challenge in February because it only has 28 days.

Sometimes people do strange things to get an edge on the competition. We will all see if Cam Newton?s celibacy actually works.

READ MORE: Lamar Jackson is the NFL?s Most Unsafe Driver and It?s Not Even Close