Did You Know ‘Apollo Creed’ Actually Played in the NFL? 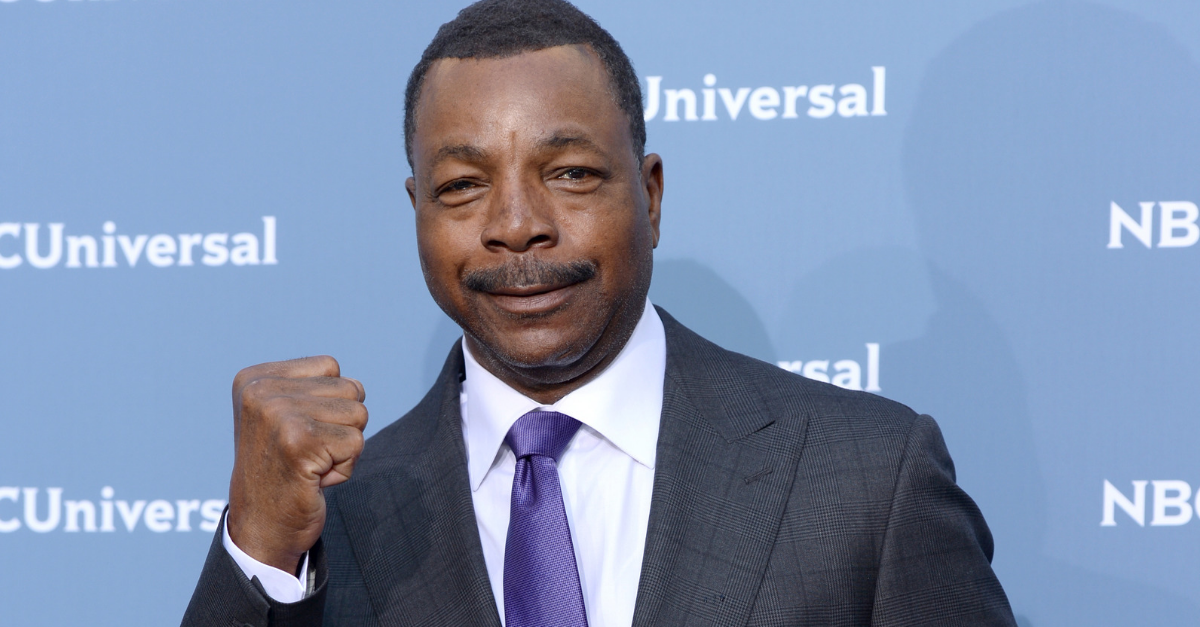 Though he didn’t spend long in the National Football League or Canadian Football League, Weathers used the physique he built to launch him into one of the most famous movie roles in history.

After attending St. Augustine High School in New Orleans, Weathers went on to Long Beach City College in 1966 as a freshman defensive end. His career there didn’t last long after an ankle injury during practice, though.

Weathers would go undrafted in the 1970 NFL Draft, but signed with the Oakland Raiders as a free agent. In two seasons as a linebacker with the Raiders, Weathers played in eight games total before being released in 1971. He then signed with the BC Lions of the Canadian Football League where he played for three seasons.

It was in 1974 that Weathers decided to retire as a football player and pursue the acting career he had been dreaming of.

During the offseason of his football career, he had been taking classes at San Francisco State University and earned his bachelor’s degree in drama in 1974, a big reason he retired when he did.

During an interview in 2007 with Sporting News, Weathers blamed his lack of success on the field due to his dream of acting:

“I’ll give you a completely honest answer. I wasn’t present. I was a guy who had a tremendous amount of ability, but my head was always in the world of wanting to be an actor. I majored in theater at San Diego State. My one eye was on football, and my other eye was on Hollywood.”

It wasn’t long after his football career came to an end that Weathers found success in acting. Though he appeared in a movie in 1973 while he was still playing, his first major role came in 1975 with the blaxploitation films Friday Foster and Bucktown.

But the role he is most known for came in 1976 when he took the role of Apollo Creed in the Rocky films. Weathers would act along side Sylvester Stallone as Rocky Balboa’s rival again in Rocky II, as a friend in Rocky III and then was famously killed by Ivan Drago in Rocky IV.

Some of his other famous roles have been along side some of the most famous actors of the last 50 years like Arnold Schwarzenegger and Adam Sandler. His role of Chubbs Peterson in Happy Gilmore and Little Nicky is one of his best while he was also great in Predator as Colonel Al Dillon and Action Jackson as Jericho “Action” Jackson.

Also, how cool are some of Carl Weathers characters’ names? Hurricane Smith, Dreamer Tatum and Hampton Forbes are all first-ballot Hall of Fame names.

Weathers has appeared in sitcoms and other television shows like Good Times and Arrested Development. He also starred in the main role of Street Justice as Adam Beaudreaux during the early 90’s. He had quite a few roles in a police or military role like as Hampton Forbes in The Heat of the Night and Colonel Brewster in Tour of Duty.

Weathers has acted in two movies about football, putting on pads even after his football career was over. One of his first roles in a movie was in the 1977 football movie Semi-Tough. In 2007, he would narrate and also play a football coach in the parody football movie, The Comebacks.

Weathers is still acting now with appearances in movies and shows in the last year. He voiced the character Combat Carl in Toy Story 4. He also appeared in an episode of the reboot version of Magnum P.I and has a role in a new Star Wars show called The Mandalorian.

READ MORE: America?s No. 1 RB is Cam Akers, And He?s Going to Prove It Once Again