The Super Bowl is one of the most interesting intersections of American life. There's food of all kinds, beers from all over the country, and musical entertainment weaved between four quarters of the best football of the year. This year, as Super Bowl LVII takes shape in Glendale, Arizona, NFL fans and non-NFL fans alike are getting excited about Rihanna's Super Bowl halftime show, where Roc Nation's Oscar Nominee is sure to deliver one of the best performances in recent years.

But up until now, the National Anthem singer has been a mystery. Thankfully, we now have our answer, as country music star and CMA Male Vocalist of the Year Chris Stapleton, will be gracing us with his rendition of "The Star-Spangled Banner" at State Farm Stadium. Needless to say, we're excited for the eight-time Grammy Award winner from Kentucky, because singing the National Anthem ahead of a Super Bowl kickoff is quite the honor. 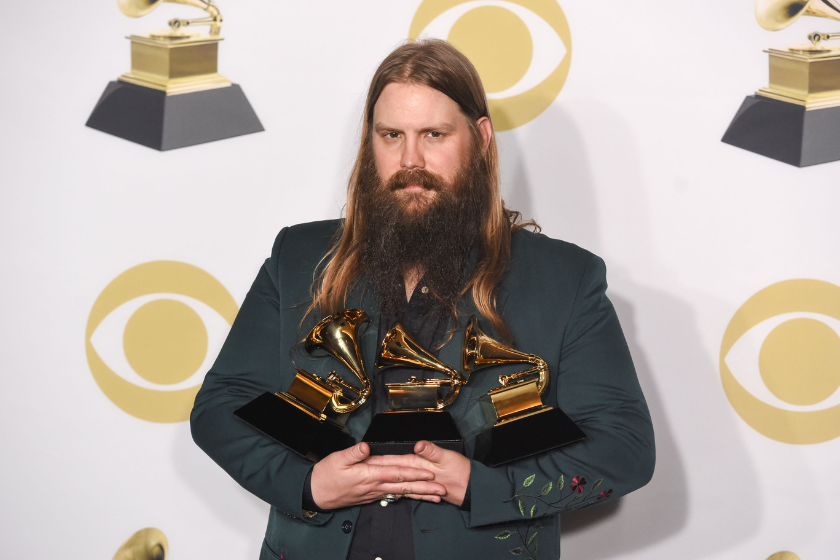 Other musical acts include Babyface, who will be singing "America the Beautiful," and the Emmy Award-winning star of "Abbott Elementary," Sheryl Lee Ralph, who will be belting out "Lift Every Voice and Sing." Both artists will have American Sign Language interpreters as well. Performing on behalf of the National Association of the Deaf, Arizona native Troy Kotsur, who won the Best Supporting Actor Oscar for his performance in "Coda," will perform the national anthem in American Sign Language. Deaf member of the Navajo Nation in Arizona, Colin Denny, will sign "America the Beautiful," and "Lift Every Voice and Sing" will be performed by Justina Miles.

The "Tennessee Whiskey" singer will have a lot to live up to as Mickey Guyton absolutely crushed her anthem rendition during the pregame of last year's Super Bowl in Los Angeles. But one thing we know for sure is that the teams on the sideline will probably be more nervous than Stapleton. We don't know which teams will be serenaded by Stapleton, but we'll soon find out as the Cincinnati Bengals and the Kansas City Chiefs battle for the AFC crown and the San Francisco 49ers take on the Philadelphia Eagles for the NFC Championship title. But, with this lineup of stars leading up to Stapleton, FOX has quite an entertaining lineup for fans to enjoy.