The Keg Stand Celebration Belongs in the Hall of Fame

Cris Collinsworth’s Slide-In is Beloved By the Internet, But Why Does He Do It? 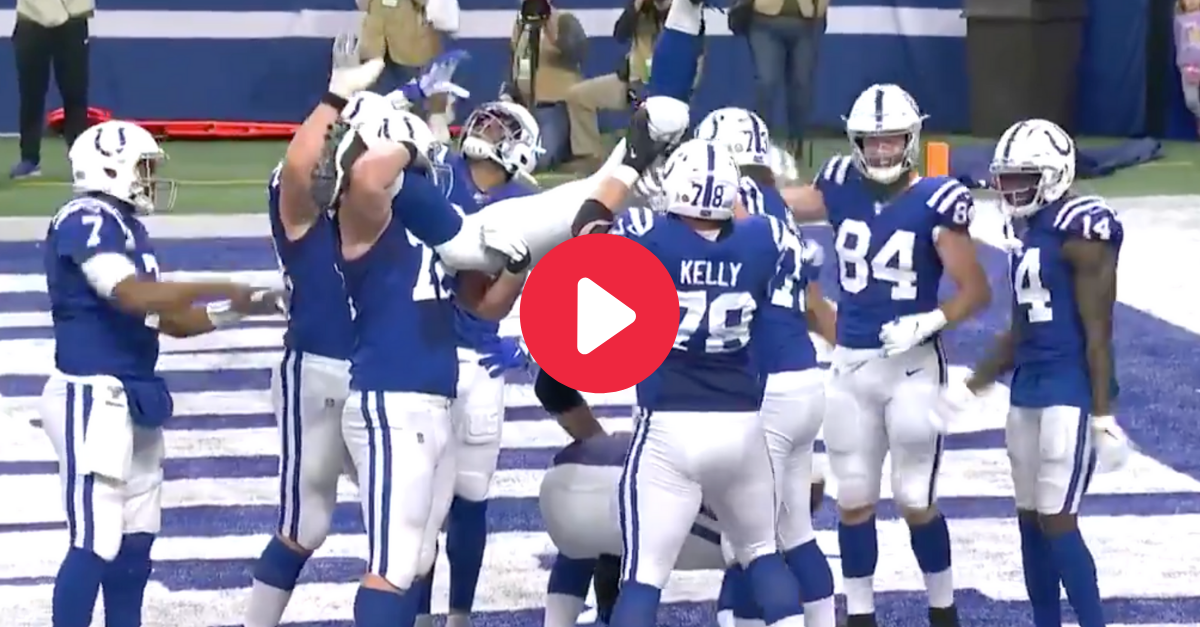 When something good happens in life, it?s human nature to celebrate. When it?s something pretty rare, you party a little bit more. So when a 330-pound man scores an NFL touchdown, you should expect madness, and that?s exactly what happened Sunday afternoon in Indianapolis.

Midway through the third quarter in a close AFC game against the Jacksonville Jaguars, Indianapolis Colts offensive lineman Quenton Nelson lined up at fullback and surprisingly received the handoff from quarterback Jacoby Brissett. What happened next is one of the greatest things in NFL history.

As soon as the official signaled touchdown, the Colts went into action inside Lucas Oil Stadium. Mark Glowinski bent down in the end zone, two more offensive linemen grabbed Nelson?s feet, and the sports world got a keg stand touchdown celebration for the ages.

It was absolutely perfect.

RELATED: 300-Pound Lineman Cartwheels During a Play, And It Was Perfect

For as amazing as the touchdown celebration was, Nelson, an All-Pro guard, was ultimately ruled short of the goal line. The Colts scored on the next play, but the creativity will never be forgotten.

?Man, I almost cried because that celebration was pretty cool,? Brissett said, via the Indianapolis Star. ?I hope that still can be nominated as one of the best celebrations because I don?t know how they picked him up.?

MUST WATCH: The story behind Quenton Nelson's LEGENDARY keg stand touchdown celebration.@BigQ56 breaks it all down for me post game. #coltswatch8 pic.twitter.com/BNWLUZbIqE

So how did this even come up? Nelson had it planned all along.

?I just thought of it one day and told the boys that we?re going to do it. There were plays for other o-linemen to score and it was going to be whoever scored does the keg stand. Then it was ruled a touchdown and we did it and executed it perfectly and all of the wide receivers got in, shotgunned or chugged, so it was awesome.?

On a weekend where everyone was talking about Myles Garrett and Mason Rudolph, a private workout for former 49ers quarterback Colin Kaepernick, the Minnesota Vikings? incredible comeback and how good Tom Brady and the New England Patriots are again, nothing will come close to topping a keg stand touchdown celebration for a very long time.

You wonder if he?s actually practiced this at home.