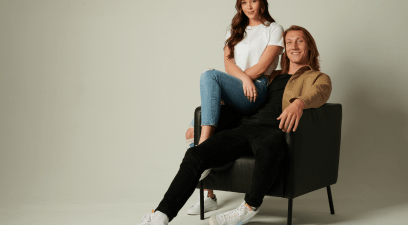 Trevor Lawrence & His Wife Are the NFL’s Next “It Couple” His work at Clemson brought the team its first title in decades, and the QB has been great in the NFL as well.

Watson has lived up to the hype, but how was he in high school? His highlight video answers the questions about why scouts were so enthralled.

RELATED: 5 Teams Who Should Trade For Deshaun Watson ASAP

Deshaun Watson played for Gainesville High School in Georgia and was simply unstoppable.

Watson was on the varsity team all four years, but he really started to excel as a sophomore. Head coach Bruce Miller allowed Watson to use his mobility to his advantage, and it worked to perfection.

In his final three seasons, Watson totaled over 9,000 passing yards, over 3,000 rushing yards, and over 200 total touchdowns.

As seen in the clips above, Watson is as elusive as any running back, and his arm helped him reach wide receivers streaking down the sidelines. High school football was simply too easy for Watson. Gainesville won a state championship, and he was more than ready for the next step.

Although Watson lived in SEC country, he would end up taking his talents to the ACC to play for Dabo Swinney and the Clemson Tigers.

Recruited by then-offensive coordinator Chad Morris, Watson also had serious interest from Florida and Tennessee. He was brought along slowly, but the future All-American looked great from the beginning.

In 2015, the Tigers beat Oklahoma in the College Football Playoff semifinal, but they couldn’t topple Alabama to win the title.

Clemson’s fortunes changed the next season when Watson hit Hunter Renfrow with a National Championship Game-clinching touchdown to stun the Crimson Tide.

In three seasons, Watson nearly won the Heisman Trophy twice and ended up with 11,000 total yards. His constant appearances in important games on ESPN gave him plenty of exposure, and he declared for the NFL Draft with quite a bit of fanfare.

Deshaun Watson in the NFL

Deshaun Watson became the Houston Texans’ quarterback after he was drafted in 2017. Things have not always gone smoothly for the AFC South franchise, but Watson has never been the reason they’ve failed to reach the Super Bowl.

In 2020, Watson had a career year, totaling 33 passing touchdowns against just seven interceptions.

Unfortunately for Texans fans, Watson looks likely to leave the team this offseason. Look for teams like the New York Jets, New England Patriots, Miami Dolphins, or even the Atlanta Falcons to kick the tires on a trade.

It’s a shame Houston has been unwilling and unable to build around their franchise cornerstones.

Quarterback Deshaun Watson is an exceptional passer. Though he may be switching uniforms soon, he is the kind of player that every organization should want.