It's early August, which means the anticipation for football is at an all time high. I love reading offseason storylines and imagining all the possibilities of my team's season as much as the next guy, but by the dog days of summer, all I want to see is action on the field.

The first sports reality TV show of its kind has been a must watch for NFL fans since it hit the airwaves in 2001. It gives us an inside look at the daily grind of making the 53-man roster, but also gives players and coaches a chance to showcase their personalities. The latter is where the show truly shines -- think Rex Ryan with the New York Jets, Chad Johnson with the Cincinnati Bengals, Jon Gruden with the Oakland Raiders and Bob Wylie with the Cleveland Browns. All entertaining characters who stole the show every time they were on screen.

Unfortunately, over the past couple of years, "Hard Knocks" has hit a wall. The Los Angeles Chargers/Los Angeles Rams combo from 2020 was weird because of COVID-19, and last year's preseason camp with the Dallas Cowboys fell short. Running back Ezekiel Elliot had all the makings of a great character, but we slowly discovered he's just an odd dude. Oh yeah, there was also a "Hard Knocks: In Season" version with the Indianapolis Colts I forgot existed.

A great "Hard Knocks" season is driven by the characters, but there needs to be a balance between the heavy hitters and lowkey guys. For instance, I loved seeing Bob Wylie, but too much of him can get annoying, which is why he needs to be countered with someone who's on the cusp of making the roster, per se. The final ingredient is a dash of random storylines -- like Antonio Brown's batshit crazy camp with the Raiders in 2019, J.J Watt's obsession with Fort Minor in 2015, Darrelle Revis' contract holdout and Antonio Cromartie forgetting the names of his kids. (The Jets season is peak "Hard Knocks").

That being said, I see a lot of potential in this year's show featuring the Detroit Lions.

How the Lions Were Chosen 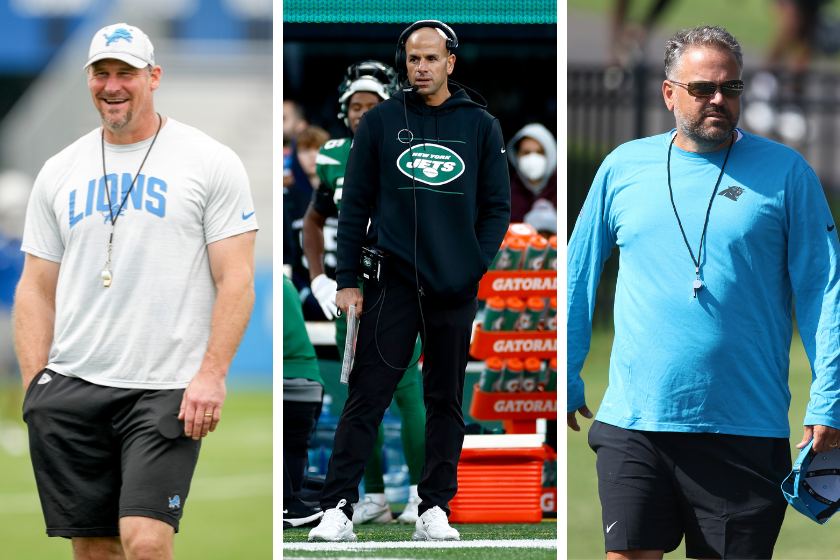 The NFL has criteria to "force" teams onto "Hard Knocks" because it isn't as sought after as it once was. Here are the stipulations that prevent participation:

Under those rules, 29 teams were cut and that left us with either the Lions, New York Jets and Carolina Panthers. The Jets and Panthers are uninspiring, although it would've been entertaining to see how the Jets locker room reacted to Zach Wilson's alleged romantic escapades this offseason. The Lions have some interesting pieces to work with, but the reason I'm most excited is because of one man. 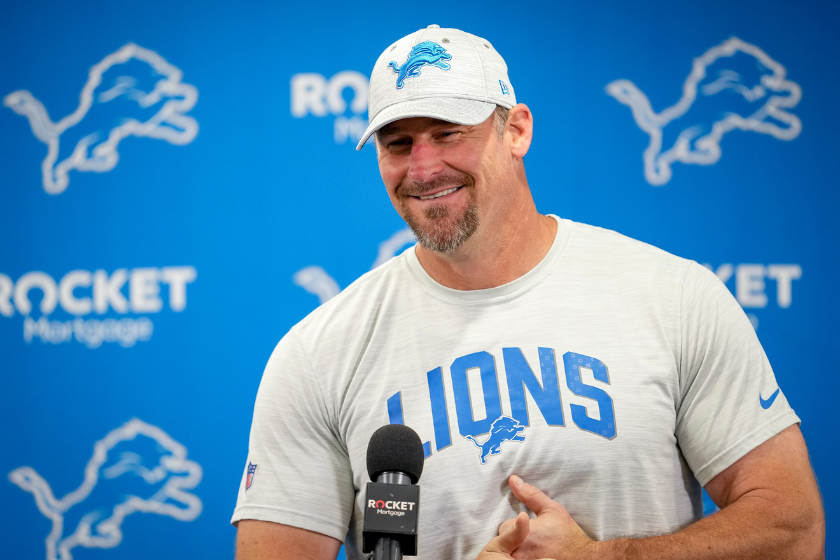 There isn't a better guy built for "Hard Knocks" than Lions head coach Dan Campbell. I mean, he spoke about biting off kneecaps in his introductory press conference. That's enough to tune in, but that's only the tip of the iceberg. Campbell is the NFL's version of Jim Harbaugh aka the coach who would do anything to strap the pads on again. Last season, he famously did 40 up downs during training camp and loves to warm up with his players. I don't think it's a coincidence he and Harbaugh coach in the same state.

And remember his emotional press conferences? Like when he was hurting for his players after a devastating loss to the Minnesota Vikings or after getting his first win as an NFL head coach against the Vikings two months later? This guy LOVES his players, and he LOVES football. How can you not admire that?

Campbell is a football guy through and through, and with him at the center of the new season, we're in for an entertaining ride. 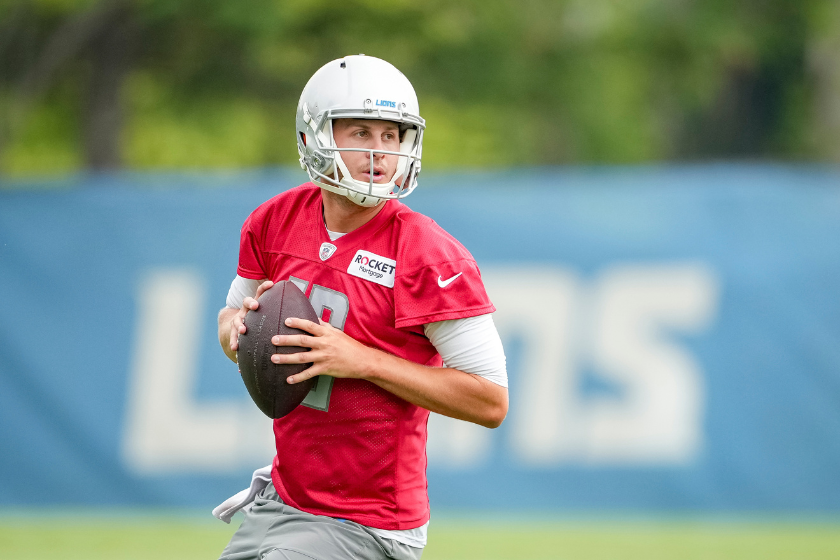 We've seen Jared Goff on "Hard Knocks" twice before, and while he's not the most exciting personality, he's entering the most important season of his career. This is Goff's make or break year in Detroit, and I'm intrigued to see his approach with that pressure in mind. 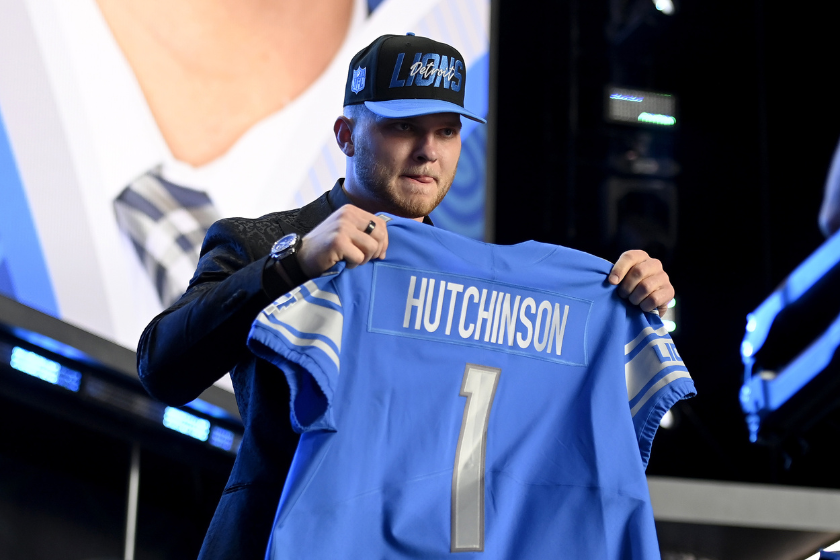 The Lions had as good a first round in the NFL Draft as anyone by walking away with EDGE rusher Aidan Hutchinson and wide receiver Jameson Williams. Hutchinson is a pure Michigan man, hailing from Plymouth and attending the U of M, making him a player to focus on as he suits up for his home state's NFL team. The No. 2 overall pick seems to be a match made in heaven for Campbell with his love for the game and hard-nosed attitude. The hometown angle, plus seeing how he adjusts to the NFL, gives him an intriguing storyline. 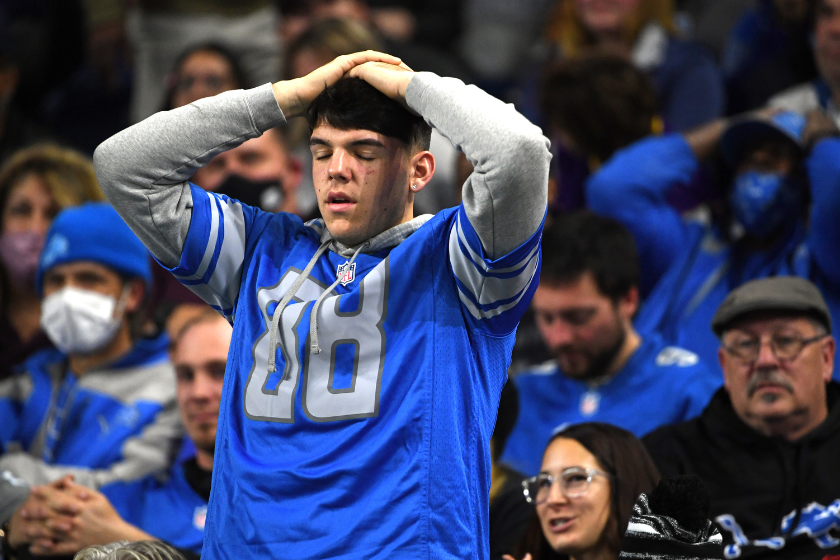 The Browns being a complete dumpster fire made their 2018 "Hard Knocks" appearance pure gold. We got a first-hand look at the dysfunction behind Hue Jackson's team along with Wylie and Baker Mayfield's first NFL training camp. After watching, it was easy to understand why Cleveland went winless the previous year.

Detroit is nowhere near what Cleveland was, but they both share the underdog storyline. The Lions have been so bad for so long that you can't help but pull for them. There are some signs of hope, too. Word from up north indicates players are buying into Campbell's culture -- a great sign for a young head coach.

Other storylines will emerge, of course, and the more random, the better. But, the season will live and die by Campbell. He was made to be a great TV character.

Strap in, folks. Football season is just around the corner.

MORE: Calvin Johnson Retired in His Prime, But Where is "Megatron" Now?