Drew Brees “Could Not Be More Impressed” with This College Quarterback 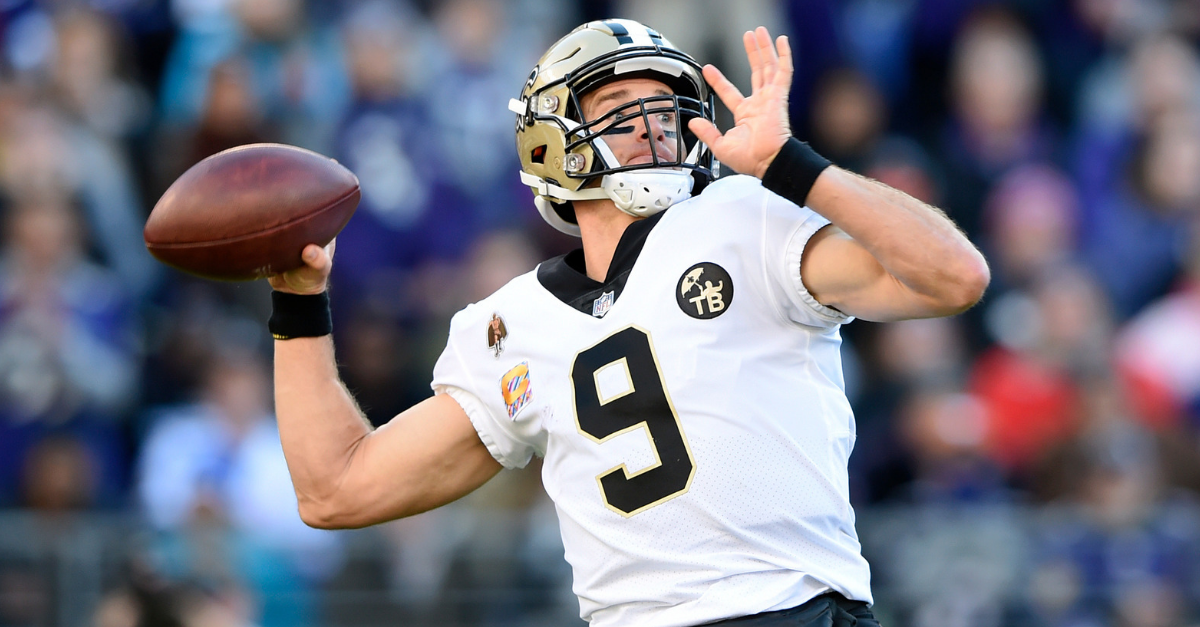 While New Orleans Saints quarterback Drew Brees might be the NFL’s all-time leader in passing yards, and will likely set a few more records before he retires, Brees is no stranger to the up-and-coming talent at quarterback in college football. It seems like the 6-foot quarterback might have found a favorite young QB, too.

During an interview on Wednesday, the former two-time Big Ten Offensive Player of the Year while throwing darts with the Purdue Boilermakers said that he “could not be more impressed” with the 6-foot-1 southpaw quarterback taking college football by storm in Tuscaloosa, Alabama.

During Wednesday’s interview, Brees talked about how impressed he is with the 20-year-old quarterback.

Coming from an 11-time Pro Bowl selection whose career highlights include two NFL Offensive Player of the Year awards, four All-Pro nods, a Walter Payton Man of the Year selection, the 2004 NFL Comeback Player of the Year, and the NFL’s all-time leader in yards, completions, completion percentage? It doesn’t get much better than Drew Brees when it comes to quarterback assessments.

“Obviously he’s throwing the ball exceptionally well, but he appears to be a great athlete, too,” Brees added. “They appear to be doing a lot of that [run pass option] stuff, with him pulling it-throwing it, pulling it-running it. He runs physical and runs tough, and yet he can spin it down the field as well. That’s a rare combination.”

RELATED: Why is the No. 13 is Downright Terrifying for SEC Fans?

Tagovailoa’s Crimson Tide offense is scoring 54.1 points per game, the only FBS team scoring 50 or more points, but a big road test against the LSU Tigers awaits them this weekend with national championship implications on the line.

Brees’ Saints have a big challenge themselves this weekend when the undefeated Los Angeles Rams roll into the Mercedes-Benz Superdome.

It’ll be a pair of massive games in the bayou of Baton Rouge, Louisiana, and two of the game’s top quarterbacks will be featured on back-to-back days. I’d venture a guess that they’ll be watching each other work, too.