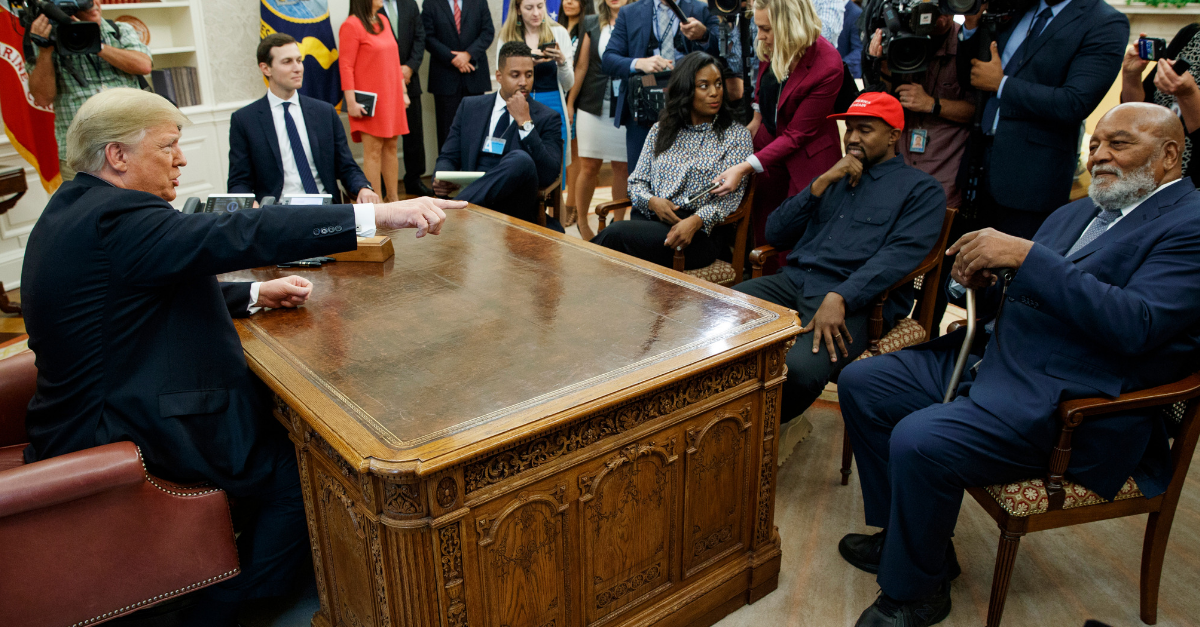 The National Football League’s television ratings might be heating up, but a lingering cloud of smoke remains from the national anthem protests. Carolina Panthers safety Eric Reid, one of the first to kneel alongside quarterback Colin Kaepernick during their time together with the San Francisco 49ers, returned to the spotlight in protest during his first game back in the NFL. While protests are largely dying, the cries to stand and respect the flag remain loud and clear.

Jim Brown, a man with greatly admired and calculated words, spoke candidly to the media for several minutes outside of the White House on Thursday, putting his thoughts about the NFL, and the reaction of the football community to his relationship with President Donald Trump, into full view.

Following the meeting with President Trump and rapper Kanye West, the NFL Hall of Fame running back answered questions about his sit-down outside of the White House.

The former Cleveland Browns running back spent about four minutes speaking with members of the media, and when asked about NFL players who continue kneeling during the national anthem, Brown, as he has in the past, directly opposed the action.

“I can be very blunt about taking a knee. See first of all, I’m an American. That flag is my flag. The things that I’ve overcome in this country allows to make me a better person. I don’t think that we should take knees in protest instead of standing up for our flag. I think we should work out our problems as a family and that’s what I would advocate to my children. To all the young people I work with.” — Jim Brown, via C-SPAN

The 8-time First-Team All-Pro in the NFL is an icon of the sport. Arguably, no single player in NFL history dominated at the level Brown did while playing for the Cleveland Browns, as he led the league in rushing yards eight out of his nine professional seasons from 1957 to 1965, overcoming racial barriers on a daily basis playing in the latter days of the Jim Crow era.

Brown believes that the dialogue and audience he’s received is vital to the larger conversation at work, and the NFL community who criticizes his relationship with Trump are missing the point.

“I don’t really care because this is the president of the United States,” Brown said. “He allowed me to be invited to his territory. He treated us beautifully, and he shared some thoughts, and he will be open to talking when I get back to him. That’s the best he could do for me. So I’m happy to say on that, it’s been very successful.”

The 82-year-old NFL legend is a stable figurehead for anti-anthem rhetoric, and he’s never shied away from making his opinion heard.

The meeting was dominated by rapper Kanye West’s often over-the-top theatrics, including calling his red “Make America Great Again” hat his version of a “Superman cape,” and the sit down largely felt like public relations stunt rather than an honest discussion on policy.

At the very least, we got another glimpse into the mind of an NFL Hall of Famer using his platform to make in impact near the biggest seat at the table.