John Elway's tenure as General Manager of the Denver Broncos came to a close after he announcedhe would move on from the front office position at the end of the 2020 season. The Hall of Famer's previously had control of the team's roster, draft and free agency, but after multiple disappointing seasons, he and the organization felt it was best he step back.

While many Broncos fans will be thrilled with the decision, the 61-year-old maintains his role as executive vice president of football operations. In his new position, Elway has more time to spend with his wife Paige Green.

RELATED: Peyton Manning's Wife is a Successful Businesswoman & Mother of 2

John Elway is married to former Oakland Raiders cheerleader Paige Green, who is 46. The couple met at former NFL running back Marcus Allen's golf tournament in Los Angeles in 2005 and began dating shortly afterwards. They got married in 2008 at a ceremony in Italy.

John and Paige are involved in various charities, many focusing on animal rights including the likes of Colorado Citizens for Canine Welfare and "Adopt, Don't Shop." Paige and Anna Welker also teamed up with the Humane Society of the South Platte Valley to host the event Bowl N' Bark, a bowling event hosted at Moe's Original Bar B Que in Aurora, with proceeds going to the Humane Society.

Additionally, the Elways were honored by the Children's Diabetes Foundation, who presented the couple with the High Hopes Tribute Award, recognizing their charitable contributions.

While John and Paige have no children together, Green considers herself the mother to their three dogs, Prince Charles, Prince William and Prince Lyle. Considering they're living with the Elways, who boast a net worth of $145 million, the dogs are certainly enjoying a life of luxury. 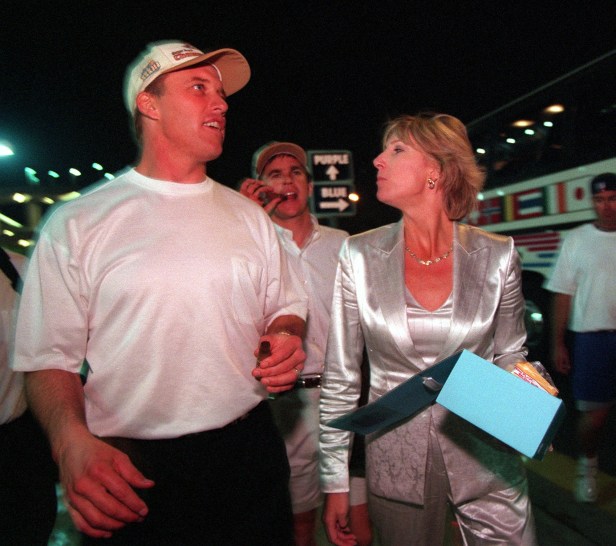 Elway has four (human) children from his previous marriage to ex-wife Janet Elway.

John and Janet Buchan initially married in 1984 and the couple were together for 19 years before parting ways in 2003. John and Janet Elway are parents to daughters Jessica, Jordan, Juliana and son Jack Elway. According to the Seattle Times, Janet was a swimmer at Stanford, where John played football.

According to the Denver Post, Janet was more than his wife during his career. She was his biggest fan.

"You can't play football forever,'' Elway told the Post when he was 38. "But I'm going to be with Janet for another 40 years." He retired after that same 1998 season. Five years later, they split up. 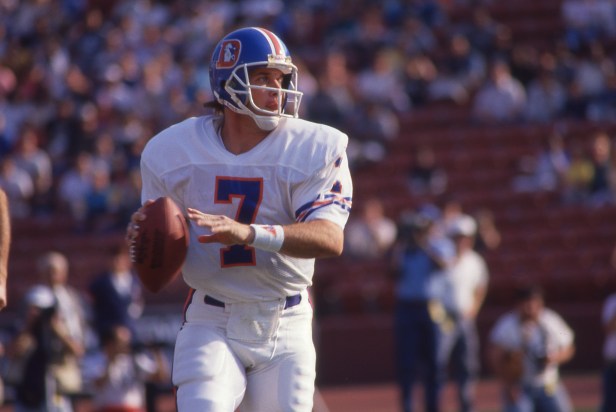 John Elway had an illustrious football career, dating back to his early life in Port Angeles, Washington and at Granada High School in California.

Elway starred as an American football quarterback and earned a scholarship to Stanford University, where he'd prove himself as arguably the best college football talent in the nation over the course of four years.

The Baltimore Colts drafted Elway with the first overall pick, but Elway told the organization he wouldn't play for them, prompting a trade with the Denver Broncos, where he'd play his entire career in the National Football League.

As a member of the Broncos, Elway won two Super Bowls and was named league MVP in 1987. Elway played 16 years in the league before retiring at the age of 38 in 1998. He was subsequently inducted into the Pro Football Hall of Fame in 2004.

MORE: What Happened to Terrell Davis and Where is He Now?