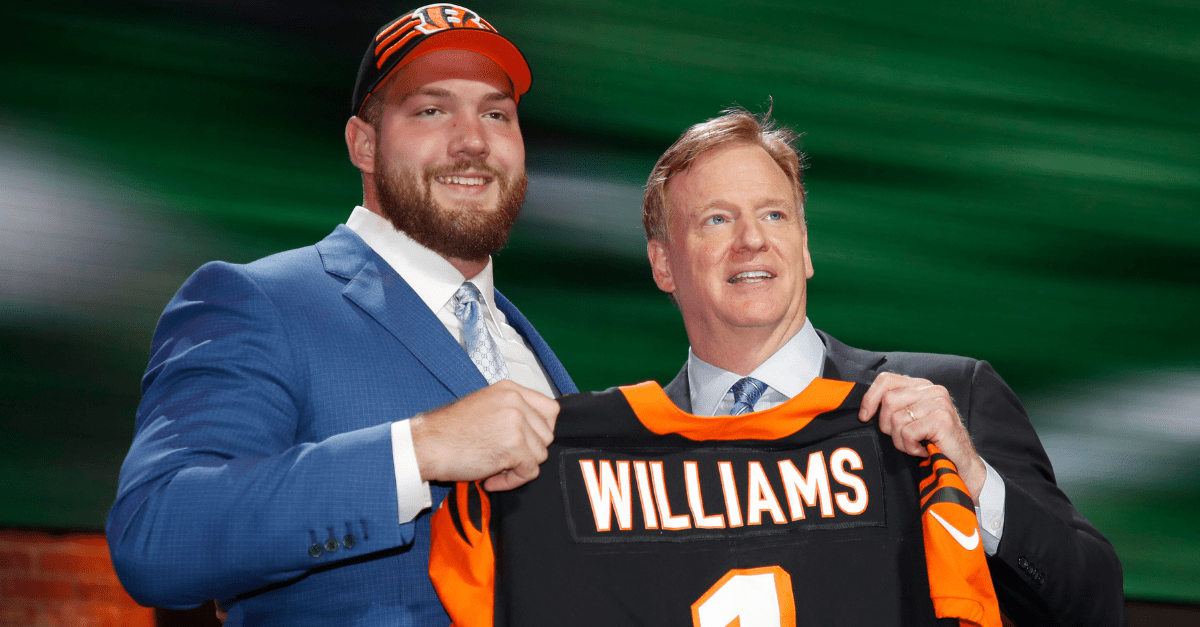 Newly-minted Cincinnati Bengals offensive tackle Jonah Williams was the No. 11 overall pick in the 2019 NFL Draft. The first offensive lineman off the board started every game of his collegiate career with Alabama Crimson Tide, which included 44-straight starts (29 at left tackle and 15 at right tackle). Three-straight years he was an All-American and became a finalist for the Outland Trophy and Lombardi Award in his final season protected Heisman candidate Tua Tagovailoa.

The 6-foot-4, 302-pounder was expected to protect quarterback Andy Dalton’s blindside as the team’s starting left tackle this year. However, an unfortunate injury is ending Williams’ rookie season before it begins.

The Bengals announced that a torn labrum will force Williams to have left shoulder surgery, and he is expected to miss the entire 2019 season. The team added that the highly-coveted rookie will make a full recovery.

Bengals announced that rookie OT Jonah Williams had left shoulder surgery to repair a torn labrum. Williams likely will miss the 2019 season, but is expected to make a full recovery.

After sitting out during Cincinnati’s mandatory minicamp from June 11-13, new head coach Zac Taylor said that Williams was simply “dinged up” and needed time to recover in the offseason.

As it turns out, the situation was much worse.

“We look forward to Jonah being a major contributor in the future, and know that he won’t let this injury deter him from still being an important part of this team. We’re confident in our offensive line personnel as we head into training camp, and we believe they can do their part in helping this team achieve its goals.”

This is a huge loss for the re-building Bengals offensive line. Last year’s first-round pick, former Ohio State center Billy Price, missed six games as a rookie with a foot injury and was preparing for his first full NFL season in 2019. Now, eighth-year man Cordy Glenn will likely move from left guard out to tackle, creating another hole for the team to replace.

Having Williams in the mix would’ve been huge in year one under 36-year-old coach Zac Taylor.

“I think Jonah is, No. 1, very athletic,” Alabama head coach Nick Saban said in April. “He has really good feet. He?s really, really smart in terms of understanding what to do, how to do it, why it?s important to do it that. I think he?ll be a fine player for a long time.”

It figures to be long pro career for Williams, but we’ll have to wait for his NFL debut a little bit longer with news of his shoulder injury.

READ MORE: Where Did the Ray Lewis “Squirrel Dance” Come From?