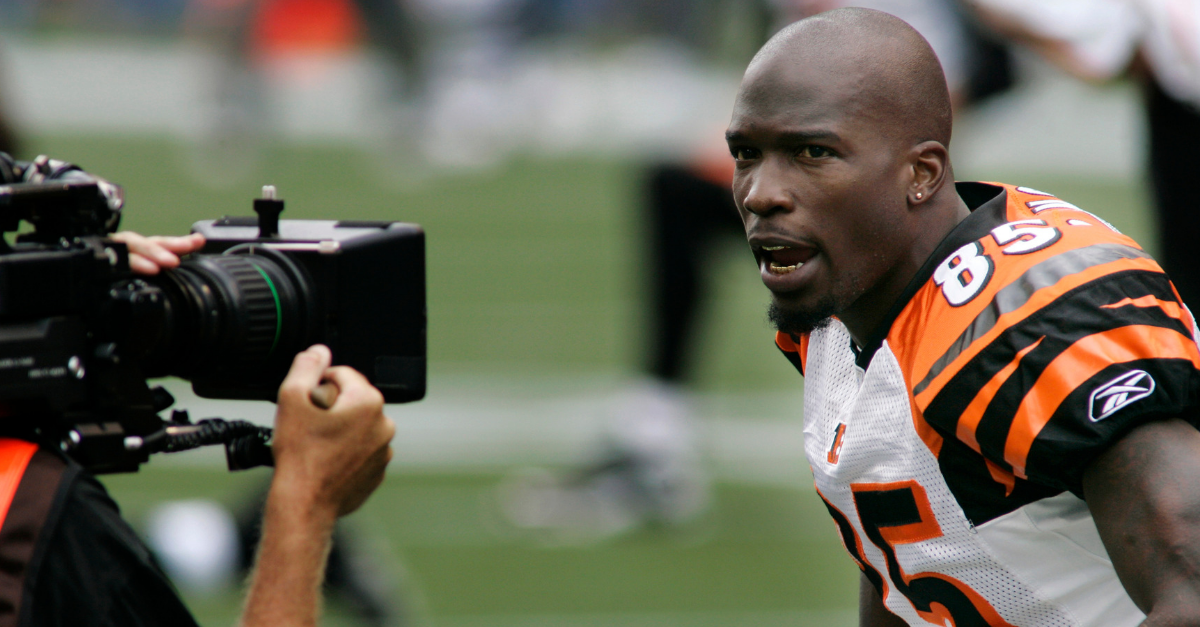 When you are former NFL wide receiver Chad Johnson, the artist formerly known as Chad Ochocinco, nothing is off limits. After all, this is the same guy who got fined for tweeting in the middle of a game and recently just helped a stranger in Texas avoid home eviction. The 41-year-old is confident in everything he does and his latest plan might be the boldest one yet.

Johnson, a six-time NFL Pro Bowl selection with the Cincinnati Bengals, is no stranger to social media. So when he saw a story from The Hill on Twitter about a Ku Klux Klan rally planned for Dayton, Ohio on Saturday, the former NFL star chimed in.

Then, in classic Chad Johnson fashion, the three-time All-Pro took it one step further, claiming he is going to attend the white supremacist rally to sign autographs. No joke.

KKK holding a rally in Ohio, they have to be Bengal fans so I’d assume they’re fans of mine, I’m going to this rally to sign autographs…

?KKK holding a rally in Ohio, they have to be Bengals fans so I?d assume they?re fans of mine, I?m going to this rally to sign autographs.?

This would be a first, to see an African-American man signing autographs at a white supremacy rally, an event city officials and law enforcement are preparing for, but if any American would do it, Chad Johnson would be that guy.

Only time will tell If Johnson, the Miami, Florida native who caught 766 passes for 11,059 yards and 67 touchdowns in his career with the Bengals and New England Patriots, will show up at the KKK rally, but one thing is for certain: He?s not afraid to talk about doing it.

If he does, this would undoubtedly be the boldest thing he has ever done, and that’s certainly saying something.

READ MORE: This Baltimore Raven Needs Your Help Finding ?The One That Got Away?